October 28 2015
295
The press service of the Israeli army reported that on Tuesday Israeli soldiers shot dead a Palestinian who attacked a checkpoint in the West Bank armed with a knife. 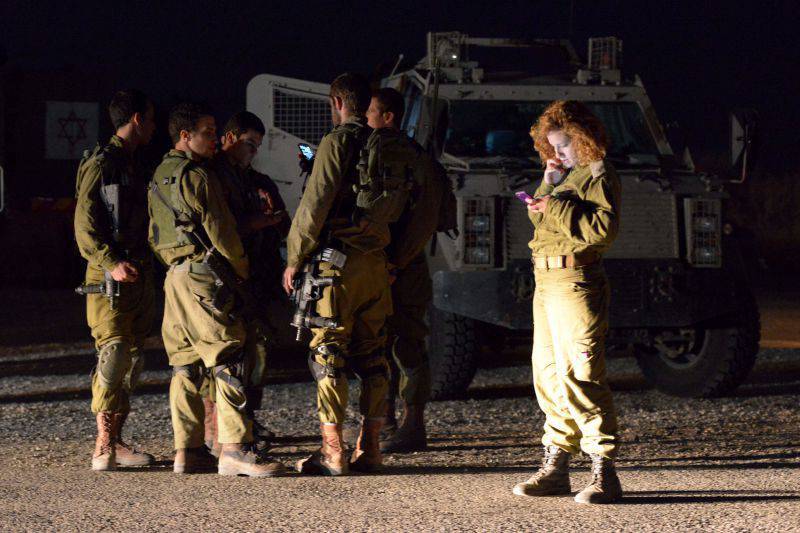 “A Palestinian tried to stab a soldier with a knife at a checkpoint in Hebron. The attacker was shot dead on the spot ", - leads the press service of the RIA "News".

In addition, a few hours before, the servicemen opened fire on two Palestinians, who attacked and stabbed a soldier near the Jewish settlements of Gush Etzion. Both attackers died.

These attacks continued a series of similar attacks that occur almost every day. In just one month, 10 Israelis were killed, and even more 80 were injured.

Ctrl Enter
Noticed oshЫbku Highlight text and press. Ctrl + Enter
We are
The head of the Defense Ministry of Israel considers the hero of a soldier who finished off a wounded PalestinianThe action “Military service under the contract is your choice!” In Rostov-on-Don: future contract servicemen, exhibitions and “Russian Knights”
Military Reviewin Yandex News
Military Reviewin Google News
295 comments
Information
Dear reader, to leave comments on the publication, you must to register.