October 28 2015
32
The head of Rosoboronexport, Anatoly Isaikin, said at a press conference that the Indian authorities are considering the possibility of purchasing a batch of Russian Ka-226 helicopters and launching their production in the country. 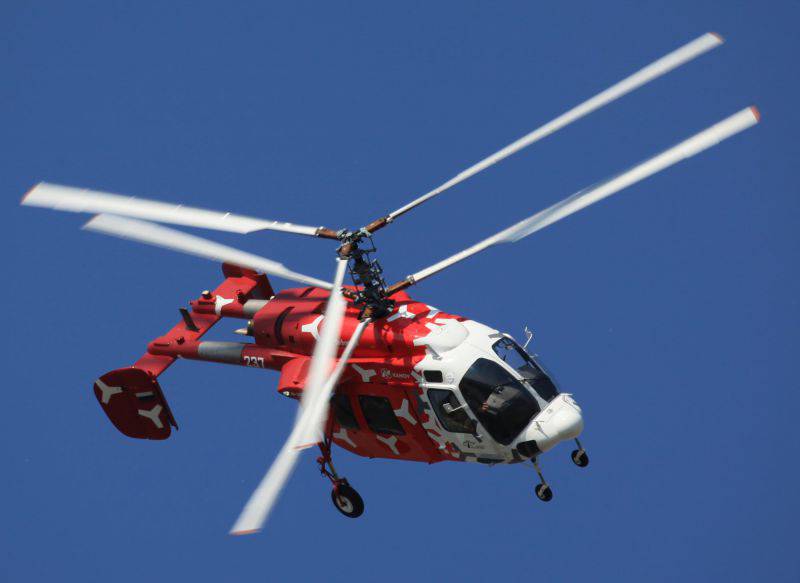 “According to the results of the tender, the Indian side is interested in acquiring Ka-226 helicopters and creating their own production. The Russian side is ready to transfer technology to India ", - RIA quotes him as saying "News".

India and the Russian Federation are the largest partners in the field of military-technical cooperation: more than 70% of military equipment, weapons of the Indian army Navy, Air Force - Soviet and Russian production.

According to the Federal Service for Military-Technical Cooperation, in 2014, India purchased military equipment from the Russian Federation and weapons on 4.7 billion dollars, in 2013-m - on 4.78 billion.
Ctrl Enter
Noticed oshЫbku Highlight text and press. Ctrl + Enter
We are
Misadventures and problems of Indian artillerySergey Chemezov: Rosoboronexport is steadily increasing sales of military products
Military Reviewin Yandex News
Military Reviewin Google News
32 comments
Information
Dear reader, to leave comments on the publication, you must to register.