With a tank in life


Oboronservis has sunk into oblivion, but its cause lives on. Rather, it should live, but there are nuances. The tasks of repair and maintenance of weapons and military equipment, which were assigned to the outraged department, still need to be addressed.

This was discussed in the State Duma at a meeting of the Expert Council under the Committee on Industry and Development of REP enterprises. The question went beyond the originally delineated framework, when it became clear: the management of the life cycle of the products supplied to troops is necessary for all defense enterprises, and not just the radio-electronic industry.

What happens to a tank, gun, electronic equipment during operation and at the end of its term? Who and how should be responsible for maintenance, repair, disposal? The Ministry of Defense, for example, for the third time has set the task of transitioning to a full life cycle in servicing equipment and weapons. According to the representative of the Main Directorate of Communications of the Armed Forces of the Russian Federation Yevgeny Krivoshein, a lot of electronic equipment produced in the Soviet Union remain in the troops. Now it's time to write it off and change it to a more modern one. But who will do it? Should military personnel be involved in the repair of equipment, and if so, to what level of difficulty? 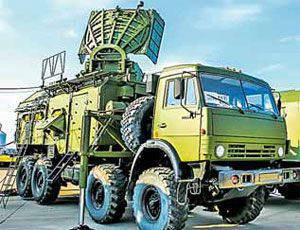 It was suggested that the repair of some not the most expensive samples of weapons and military equipment is not needed at all. In the West, there are already examples when the equipment is serviced to a certain extent, and then simply utilized.

There are claims to the Ministry of Defense and defense enterprises. They, as it turns out, are not always confident in the reliability of the contractual relationship. About this, in particular, spoke Deputy Director General of Uralvagonzavod Vyacheslav Halitov. For example, penalties for the T-72B3 tank for breach of contract are five per cent of the value of the vehicle. This, of course, is very much, especially since the operating conditions of the T-72 and T-90 are different. A plant has established a team to develop provisions for the management of the life cycle of weapons and military equipment. It turns out that at the federal level there are no such documents, and this will be the first place where the methodology and conceptual apparatus are created, which can later form the basis of title documents.

“It’s generally difficult to talk about the full life cycle, since for some samples of weapons and military equipment, such as a tank, it is 40 – 50 years,” Khalitov argues. - Therefore, it is necessary to introduce the term "after-sales service".

Now Uralvagonzavod accepts repair plants from the Oboronservis structures into the corporation. While many of them were in limbo, and hence the service support equipment has stalled. Therefore, the question should be put wider and thinking about the creation of regional service centers for servicing the AMS.

It is necessary to determine the maximum duration of contracts for the full life cycle. This situation arose during the execution of the service contract for ACS 2C19М2. The money was spent on restoration work, but there was no service left. Another more recent example. According to Gennady Kapralov, General Director of NPO Kvant (Veliky Novgorod), in 2013, the company supplied the Ministry of Defense of the Russian Federation with the first batch of mobile radio-electronic warfare complexes Krasukha-4. But for some reason, the military department did not order any spare parts, which raises doubts about proper operation.

It is necessary to break down the design of contracts, to solve pricing problems. For example, the attempts of Uralvagonzavod to interact constructively with the legal department of the RF Ministry of Defense do not find a response. And mutual claims and debates in courts only make it difficult to maintain high-quality weapons and military equipment. The conclusion is simple: the regulatory framework does not match the realities.

The defense industry and the Defense Ministry of the Russian Federation should become equal partners. In the meantime, as Konstantin Kostromin, director of the Product Lifecycle Management Department of the United Aircraft Building Corporation, admitted, production and military understand the essence of contracts quite differently.

Ctrl Enter
Noticed oshЫbku Highlight text and press. Ctrl + Enter
We are
85 years of hard work for the benefit of the motherlandOn the reform of applied military science. "We are confused, what to do to us!"
Military Reviewin Yandex News
Military Reviewin Google News
7 comments
Information
Dear reader, to leave comments on the publication, you must sign in.