The socio-political situation in Syria and Iraq raises questions about the effectiveness of the norms and institutions of international law. There is reason to be skeptical about the prospects for finding answers to the challenges of global security in general and the victory of the world community over ISIL in particular.

The problem is not only legal, but also philosophical, one might even say existential. The fact is that for the Muslim world, the clearly secular nature of the processes of globalization and its often atheistic orientation is absolutely unacceptable. Unfortunately, Islamic studies in their present state are unable to help society figure out what to expect as a result of the politicization of the structure-forming elements of Islam. 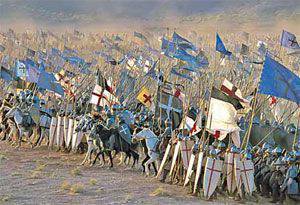 It should be noted here that secularism is the most important characteristic of a modern democratic state, which recognizes, guarantees and protects the rights and freedoms of a person and citizen. ISIS threatens the most European civilization free from rigid religious determinism. But even from the rostrum of the UN General Assembly from the lips of politicians there was not a single proposal to build a truly secular state in Syria. Although no force cleansing of the criminal regime of ISIL will not change the situation, since the absence of the secular state regime in Syria and Iraq will still lead to another confrontation between Sunnis and Shiites.

Islamist ideology carries the most pronounced charge of socially conservative “medieval” ideological ideas, and regardless of modernist embellishments, its content is inescapable as long as it is based on indisputability for all Koran ideas.

Moreover, both Islamic and our domestic clericalization are of the same berry field, although in the public stereotype they are perceived as something different. The only difference between the current Islamist policy of expansion to secular society and Orthodox is that it is more outspoken, with pronounced religious fundamentalism. Approximately the same as the Christian was in the XI century, when the first Crusades were undertaken. But the fact that this is the last surge in the outgoing forms of religion, the struggle of their paradigms and structures for survival, and they will do anything, today few people think.

In our dynamic time there is no reason for euphoria. The world has become too fragile and dependent on the state of political communication between different states.

Confrontations between the countries of the "Muslim" and "non-Muslim" worlds история failed to soften over the 14 centuries. Thanks to political scientists, these worlds are now called Islamic and Christian civilizations. But can there be such civilizations in principle? Probably not.

Firstly, any civilization moves in the dominant mode of production at a given historical moment, and not a religious ideology, which acts only as a political entourage. Secondly, the modern outbreak of violence by ISIS is a natural result of the West’s misunderstanding of what Islam is for Muslims and the decay of dictatorial regimes that have been blessed for centuries by the name of Allah. The West has said goodbye to the dictates of the Christian church. The East is only awakening from an ideological anabiosis with dozens of centuries of patience of former and modern emirs at the pinnacle of power.

We emphasize once again: civilization has its own objective socio-economic laws of development, which do not coincide with dogmatic ideas and goals of any religion. Therefore, it is impossible to replace with religiously tinged politics really necessary ways of overcoming problems. Such vicious practice can reduce the attempt to resolve social conflicts of a planetary scale only to the emergence of religious antipathies and confrontations that are not of fundamental importance for the fate of mankind. All conflicts must be resolved at the secular level of diplomacy with subordination to international law. Its progressive development is connected with the formation of norms aimed at overcoming religious barriers between people and states. To eliminate threats in the sphere of global security, it is necessary to consolidate the principle of the secularism of a state at the international legal level.

Ctrl Enter
Noticed oshЫbku Highlight text and press. Ctrl + Enter
We are
About Stalin and KhrushchevForeign religious influence on the Muslims of Tatarstan in the post-Soviet period
Military Reviewin Yandex News
Military Reviewin Google News
23 comments
Information
Dear reader, to leave comments on the publication, you must to register.