October 28 2015
34
I visited the photo album of the Latvian army: https://www.flickr.com/photos/latvijas_armija/page3. As in Wonderland, together with Alice failed.


It seems that everything is nothing, the people admire the communities of "Abrams", which are simply obliged to scare the death of all Russians and reach Moscow. There are, however, those who are sure that the Abrashek and the ten "Bradley" heels are purely neighing, because every meter of the border is fixed at us. And at least "Caliber". Or "Iskander".

What I suffered for the Balts, I did not find right away. But at the same time received pleasure. And from what he saw (photos of good quality), and from reading. I concluded: half of the inhabitants of Latvia soberly look at the current situation, calling it another occupation, the second joyfully and defiantly jumps. Say, Khan to the aggressor, now for sure ours will take. Who theirs will take, however, is not entirely clear. The only thing that came to mind was that these Latvians would overcome the tanks after the maneuvers. Then it is clear what and how this "our" will take them.

Well, now directly to the topic.

"American special forces conducted exercises to capture people in Latvia." And a lot of beautiful photos in which I confess, I was slightly stuck. And there were many questions. 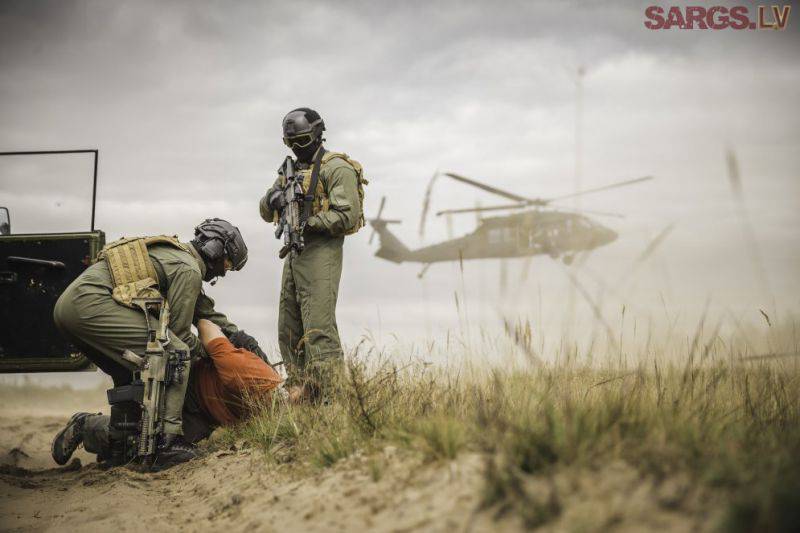 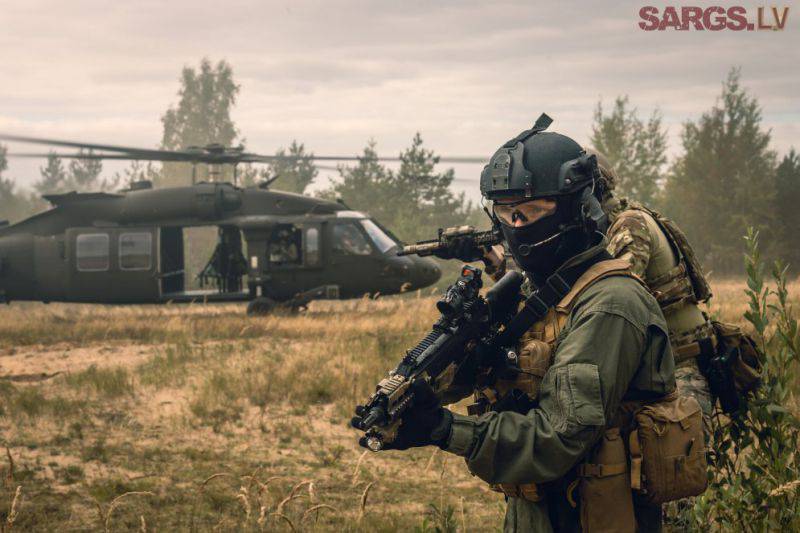 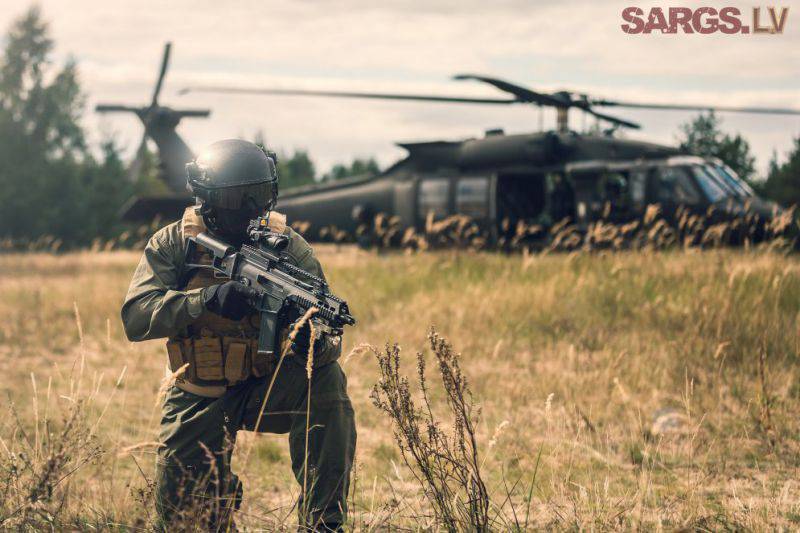 Thank God, in one of the photos I saw a real American. Because in the first few pictures there were these ... soldiers of the Latvian armed forces. In flight suits. 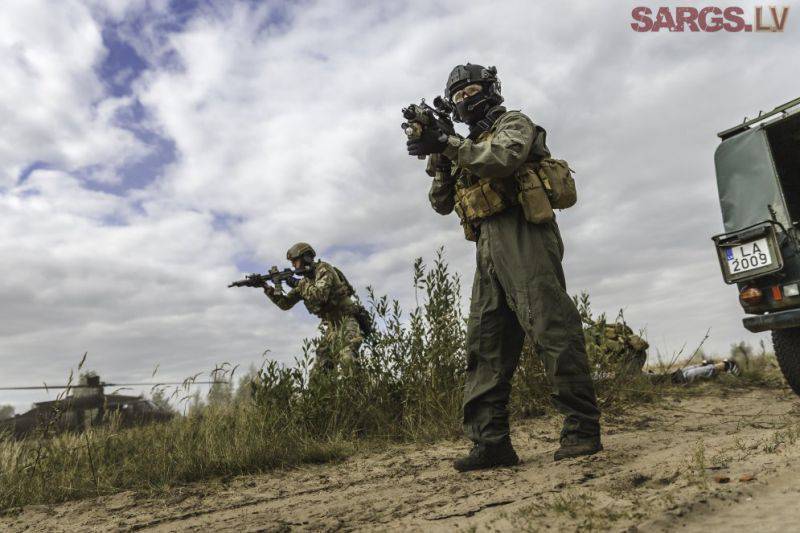 Having strayed on photographic pages, I found out that the soldiers of the Latvian army were nevertheless wearing camouflage. And the wonder-warriors depicted in the photo have nothing to do with the army. Logically, flight overalls (similar to shtatovskiy), black SWAT helmet, which police attack planes adore, that in the USA, in Europe, G36C, which is also in service with police units, because there is nothing to do in the field with it. Strange equipment for the army.

Then I saw what a real Latvian army looks like. 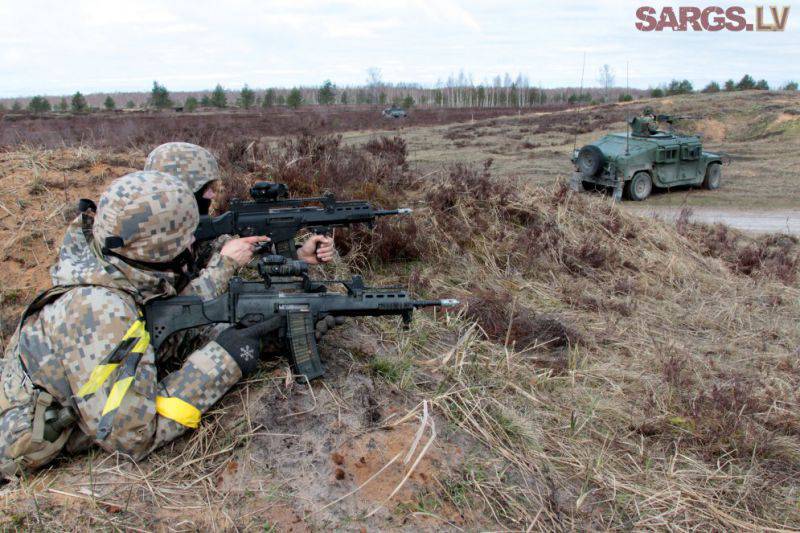 So, under the guise of Latvian soldiers training under the supervision of American special colleagues, I got a slip of something completely different. Not an army for equipment and armament, what for goals and objectives.

Probably, too, some Latvian special forces. SUV or OMEGA. Otherwise, how can one frankly explain the police action of detention, which was practiced?

In general, the purpose of the maneuvers was strange: to find and detain the rebels. This is so written under the photo in the original, I did not invent. A strange task, more suitable for the police. Well, or internal troops. Because whatever one may say, the rebels (the separatists, the militia) are like one of their own. Fellow citizens.

This raises the question: are we going to be friends against whom, and, the Latvians? Against your own? And why would it?

What could have prompted the Latvian authorities to frank lies about the exercises? And why did you suddenly need to work out the tasks of capturing some of the rebels?

"This is who Russians, who live in Latvia, will shoot at, if they put the question very tough and even unpleasant somewhere? Will they shoot Russians from Russia or not? Once I asked this question to my students at the University of Latvia, among whom were there are many Russian-speaking people. And they answered me: our generation will not shoot Russians from Russia, but will shoot here, in place ... Well, you know, in whom. But the next generation may already be. I, Maybe the first one uttered this question out loud, but he is sitting in Latvians. And it is the poet moo there is this fear of Latvians to Russian-speaking Latvians ".

But is there a case in Russian-speaking Latvians? Or in non-citizens of Latvia? The question, as they say, is still the same. 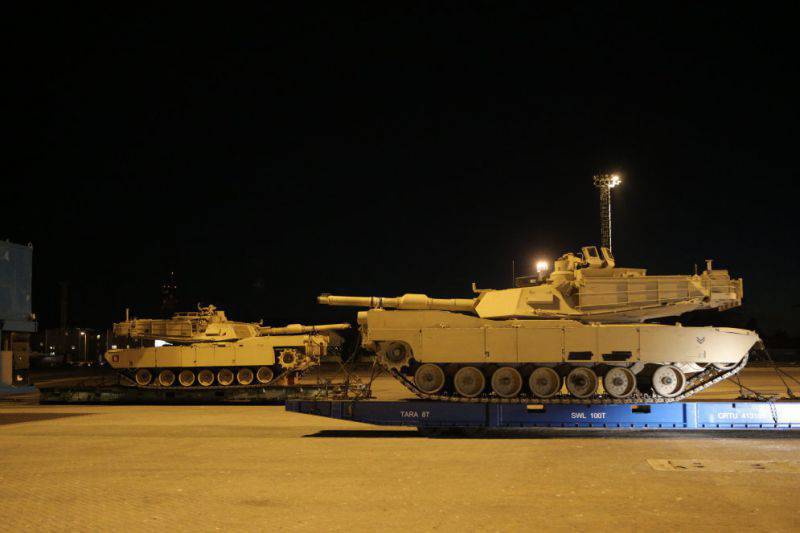 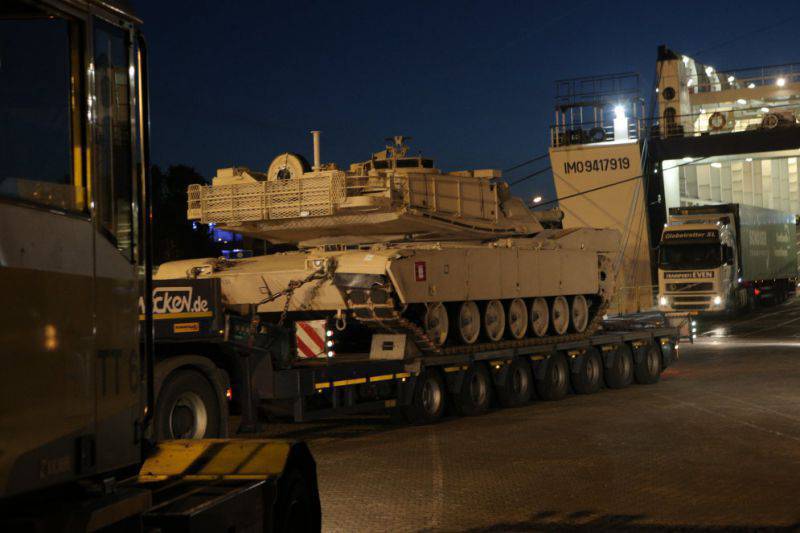 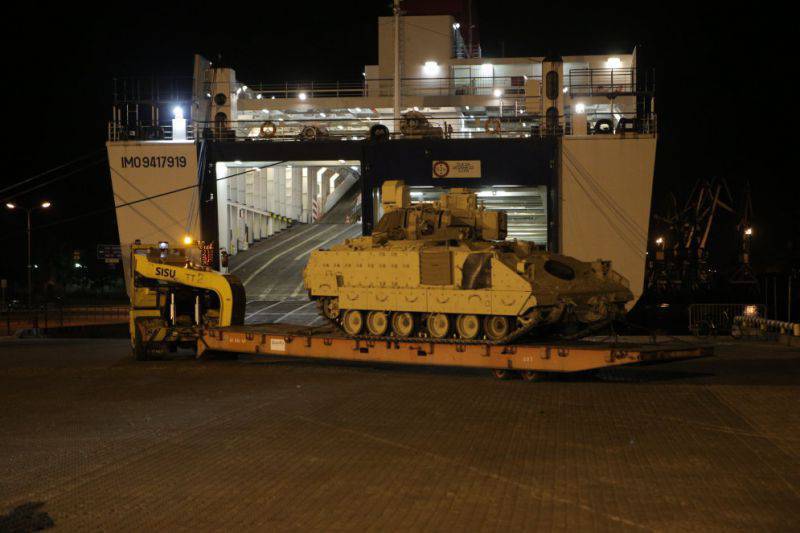 And American equipment continues to arrive in Liepaja. For the teachings, of course. And Latvians are closely watching this. Naturally, discussing this on Latvian sites. And, it must be said, the opinions are not only diametrically opposed, they also divide roughly in half.

The first half seriously considers that this technique will not only ensure the safety of the citizens of Latvia in the event of Russian aggression (and for some reason they will not have such aggression), but also allow them to take active steps.

The second half believes that 5 aircraft, 5 tanks and 10 infantry fighting vehicles are only suitable for clearing a bridgehead, on which it (equipment) will be cut into metal. One of the users even expressed the hope that all this would not happen next to his farm. That is a little less optimistic.

But both among the first and among the second there are those who seriously believe that the equipment is delivered and maneuvers are maneuvered in the run-up to the elections. Just in case. And the case, as they say, happens to everyone. Moreover, separate phrases are skipped over on the theme of another occupation being prepared. And very many agree with this.

Strange things are happening now in Latvia. And, I must say, the population gradually begins to strain. Teaching is good. But the fact that they are constantly going on lately is annoying. The Germans have not had time to leave - here are the Americans. Learn, train. Who will win. But actively and with a twinkle.