October 28 2015
246
Philosopher, dissident and, of course, a sincere patriot of Russia A.A. Zinoviev, in his last articles, wrote that Russia would inevitably sink into a liberal pro-Western swamp, turn for many years into a western semi-colony at best. As a sociologist, he did not see in our society the forces that could defend Russia's independence. Zinoviev died in 2006 year. And in the spring of 2007, Russian President Vladimir Putin spoke with his famous Munich speech at a security conference in which he called the United States "a comrade wolf who eats and does not listen to anyone ..." 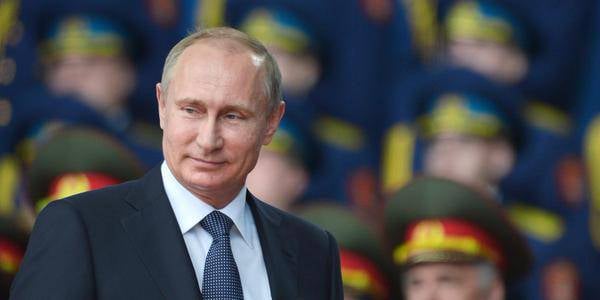 As a scientist, Zinoviev did not foresee the phenomenon of Putin, and the West did not foresee it either, looked at all his think tanks: Washington was sure that Russia was in his pocket and was not going anywhere, that the Big Game for world domination was over. The American philosopher and political scientist Francis Fukuyama proclaimed "the end stories“And the whole world community applauded him.

Yes, and Putin has repeatedly said about this that Russia at the beginning of the 2000-s was on the verge of collapse, and in the West, with irony, they were looking at its attempts to rise, and were preparing to dispose of Russia that was disintegrating "naturally".

Our liberal minds then broadcast: if there are many states in place of Russia, they will flourish, because small territories can be managed more efficiently ... Of course, it will be much easier for the American embassy to create a "competitive environment", that is, to pursue a "divide and conquer" policy ...

But a miracle happened, really a miracle, because in spite of the sociology and the actual political situation, the domination of the pro-Western liberal political party in Russia and the military and political domination of the West in the world, Putin came to the Kremlin. He began to change the situation in the country so quickly that Washington seemed dumbfounded, not understanding what was happening. And still remains in the positions of 90-ies, as Samantha Power, the US representative to the UN, recently reported to the world: Russia should remember that she lost the Cold War ...

The phenomenon of Russia's revival from the liberal swamp of 90 can be compared with the true story of Baron Munchhausen, who pulled himself out of the swamp, grabbed his hair. However, in Russia it actually happened. Therefore, Zinoviev was mistaken, and Western think tanks like Stratforr, and there is a feeling that they will continue to make mistakes.

The matter is not only in Putin, but also in the Russian “swamp”: from somewhere, forces suddenly took on, the people on whom Putin could rely, this is the essence of his phenomenon. And the States, as they say out of the blue, began to fall, to commit one madness after another: to destabilize Yugoslavia, Iraq, Afghanistan, Libya, and now Syria. Egypt and Turkey The United States failed to destroy the "color" coups, but they remain in line, like many other unfulfilled "color democratic" dreams of Washington.

The supposedly crushed science of Russia suddenly creates advanced examples of military space technology, from tank “Armata” to the winged “Caliber”. Where did all this come from? It was as if they sprinkled Russia with “dead water”, and all its wounds were healed, and then with “living water,” and she perked up, and proudly declared: “The Russians do not give up!”

In this connection, famous words from the 18th century of Russian field marshal German Minich involuntarily come to mind, who faithfully served Catherine the Great, also of German origin: "Russia is undoubtedly ruled by the Lord God, otherwise it is impossible to explain its existence." It’s not the same today, that is, from a rational point of view, it’s impossible to explain Putin’s revival,

Otherwise, it is impossible to explain the unexpected upsurge of Russia, such that it could challenge the global leadership of the United States, skillfully using for this the possibilities of cooperation with the non-Western world, the mistakes and failures of Washington’s policies. Only in the twentieth century Russia was on the verge of total destruction three times: after the 1917 revolution of the year, Hitler’s attack and the democratic revolution of 1991, but Russia was invariably resurrected almost from the world of the dead. Russia can be said to be a political proof of the existence of God. Nobody has a chance against God ...

But why did Russia allow such a development in Ukraine, our colleagues ask. Who knows the providence of God? .. There are, of course, rational answers: Russia at that time was fighting for itself, Putin crushed Yukos, liberated Russia from Khodorkovsky, other American agents, oligarchs and other banking campaigns.

On the other hand, if Russia stimulated the pro-Russian sentiments in Ukraine, as Washington stimulated the pro-American, it would only hasten the Bandera coup. This is a great article written by Ukrainian political analyst Rostislav Ischenko. Its essence: the Russian activity would have caused the response of the Americans, the capabilities and resources of the parties were not comparable, and, as a result, they would accelerate the preparation of a coup d'etat. By the way, he already happened before the scheduled date.

Putin in February 2014 was in Olympic Sochi, at a press conference he called the Kiev events "pogroms", and then he broke out: "they started earlier" ... This phrase is not paid attention so as not to highlight the thought behind it? Moscow was preparing for the Ukrainian crisis, Washington’s plans were not a secret for it, but hoped that the coup d'etat would coincide with the presidential elections in Ukraine in 2015.

If Moscow had stimulated pro-Russian sentiment in Ukraine, then Washington, according to Ischenko, would have started a coup d'état even earlier, somewhere in the 2012-2013 year. Recall: the Caliber cruise missiles were put into service in the 2012 year, which means they would not have been deployed yet.

Russia was preparing for the Ukrainian crisis, but tried to hide this preparation. Perhaps something still came to the State Department, and he "started earlier." Moscow probably warned President Yanukovych about the conspiracy, and he nevertheless did something to prevent it.

The SBU was led by his people, and they tried to confront American agents. In any case, many of the leaders of the SBU after the coup d'état were in Russia. Why were they persecuted? For example, Biletsky, the commander of the Nazi battalion “Azov”, was in prison in Kharkov, and only the “revolution of dignity” freed this Nazi and the criminal. And not only Biletsky sat ...

Washington broke a plan of Moscow with a coup, we saw only a part of it when Yanukovych postponed the signing of the Euro-Association. Just postponed, but it did not save him, the coup d'etat was brought to the end. Maybe to save his plan from disclosure, Moscow pulled Yanukovych out of the Bandera trap.

Today, there are also concerns that the fate of Russia depends too much on the identity of one person, even if it is Vladimir Putin. After all, they can kill him, after all they killed President Kennedy! Yes, they can, having arranged, for example, a plane crash, on the conscience of the CIA many similar incidents ...

However, Putin is not the only ruler of Russia. Only mystically, he is a “divine providence,” a symbol, and it seems to many that everything in Russia rests on it alone. However, if Russia is really ruled by the “divine providence,” then Putin is just his instrument. From a rational point of view, it is impossible for any country to lead one person, and the power of dictators is always deliberately exaggerated here, they forget that in reality, "kings are always played by a retinue."

When Putin became president of Russia, the Western media began to trumpet that “siloviki” and “KGB” came to power in Russia. There is a grain of truth in this, which is interpreted differently. For example, the American professor Richard Pipes, one of the recognized advisers of the State Department, even claims, along with Brzezinski, that "Yeltsin accomplished a coup d'etat, transferring power to Putin."

Political scientists say it easier: if before that the “pro-Western liberal elite group” was in power, then Putin, having removed it, created the “conservative elite group”. And all this happened within the framework of democracy, since democratic procedures were followed.

In the US, and in the West in general, "elite groups" or "ruling class" also rule, which legitimize their power by elected presidents and prime ministers. And the latter always remember the possibility of impeachment and the fate of Kennedy, and other murdered US presidents. Elections are a kind of renewal of power, not a change of power, as patent experts on democracy lie to us. The change of power is a revolution, or a coup d'etat ...

Some analysts believe that Putin’s main merit is that he managed to create this very “Russian ruling class”, but because of his authority and the scale of his personality, he is simply more influential than other leaders of this “ruling class”. This is not surprising: Putin’s rating in Russia has reached record 90%, and in the West it is very high, despite the great efforts of the world media to discredit him.

The presence of this “ruling class” is a certain guarantee for Putin, so he is not afraid to fly around the world, and speak at various summits and forums. Because the incident with him, politically, will not change anything in Russia. But it can lead to unexpected and difficult consequences for the West, maybe even military consequences. Putin’s “ruling class” will still remain in power, and the countermeasures for this case have probably already been thought out, and the Putin-2 plan is ready.

... The philosopher of the "silver age" A.F. Losev, who opposed the “enlightenment of slander” about the ancient world, wrote a few words about our era, adding Field Marshal Minich: “In the era of“ decline, ”the true spirit and image of the nation is most often recognized and revealed.

White Cross and Red Star
Agreed on the fields of Russia forever.
Probably so punished by the gods
What they had no other way.
And the years flowed, weaving pain and blood
Russia in a new love ...

The poet foresaw this mystery,
And in the block line it has hidden,
And kept the mystery of the century ...
"In a white corolla of roses
Ahead is Jesus Christ, "
Ahead of twelve
Red Guard stars.

They came sovereign step
In our XXI century:
Red Star and White Cross.

Ctrl Enter
Noticed oshЫbku Highlight text and press. Ctrl + Enter
We are
Situational analysis of the death of the MH17 flight (Malaysian Boeing 777), made on the basis of engineering analysis from 15.08.2014Results of the week. “In our cooperative, the board is always agreed”
Military Reviewin Yandex News
Military Reviewin Google News
246 comments
Information
Dear reader, to leave comments on the publication, you must sign in.