October 28 2015
23
The date of October 28, 1948 was the starting point for the creation of the domestic army aviation. It was on this day that the first aviation army squadron was formed, the place of deployment of which was Serpukhov near Moscow. This was the country's first helicopter division of the Air Force, officially named the 26th OUTAE (separate training aviation squadron).


The selection of personnel in the formed unit was fairly tough. For the 26 training squadron, experienced pilots of assault and fighter aviation combat regiments were selected, many of whom had time to prove themselves during the Great Patriotic War. However, among the pilots involved in the service were very young people. But it was really strong young people who had already managed to show their capabilities while serving on Il-2 and Il-10 aircraft. One of the representatives of the young officers was Yegor Milyutichev, a senior lieutenant who had previously served as an instructor in an aviation school.

The name of Yegor Filippovich is closely connected with the formation of the Soviet helicopter school, which subsequently received serious development. In particular, Egor Milyutichev led the work on the conversion of pilots for the operation of new types of helicopters entering the squadron. The flights of the pilots were carried out in a variety of weather conditions. There was a special training program for driving cars at night.

It should be noted that one of the first rotary-winged aircraft arriving at the 26 OUTAE was the G-3 helicopters, built on the basis of Omega. These helicopters could perform the functions of artillery spotters. The designer of the helicopters, Ivan Pavlovich Bratukhin, tried to create a machine, the operation of the engines of which allowed for the implementation of very maneuvers of considerable complexity. 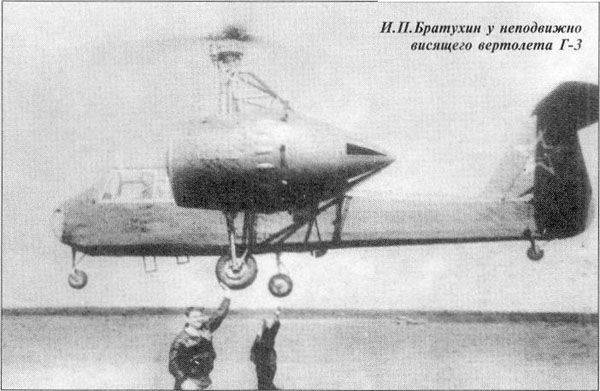 For information on the technical characteristics of the helicopters G-3, which was one of the first working machines in the Serpukhov squadron of army aviation:

Two and a half years after the creation of the 26 th OUTAE, Mi-1 helicopters appeared in its structure. This is a multi-purpose rotary-wing machine, which became the first production helicopter in the Soviet Union. It was in the Serpukhov squadron that the trial operation of the Mi-1 began. One of the training flights, which has developed quite dramatically, is described in the archival literature of the 26 squadron:

In November, 1951 I flew a triangular route in the clouds. With me in the crew was a pilot, acting navigator. At the height of 900 m, we were in a zone of intense icing. The cabin of the helicopter quickly became covered with ice. Turns of the screw have sharply decreased, controllability has worsened. Then, judging by the readings of the instruments (artificial horizon and speed indicator), the helicopter fell to the left with a steep dive. I switch to the autorotation mode and reject the controls to take it out of the dive, but it continues, the helicopter does not react to the rudder deflection. I think - it is necessary to leave the car, the hand reaches for the door handle. But ... suddenly I see the ground through the window - we fell out of the clouds! Height 600 m. Visually, there is a slow exit from a dive. At the height of 250 m managed to bring the helicopter in a horizontal flight. While flying to the airfield for about twenty minutes and after landing, there was still 5 mm of ice on the leading edges of the blades. On the debriefing, it was decided to fly in the clouds when the slightest signs of icing appear, immediately leaving the clouds.

Unfortunately, during the test flights on the Mi-1 was not without tragic incidents. So, the helicopter could not be taken out of the dive after icing of the screws in the clouds to the pilot Yakov Cherenkov, he died during a test flight. This incident was the cause of the most serious proceedings and the beginning of the development of a system that prevents the formation of ice crust on the propeller blades. In the Mil Design Bureau such a system was developed, and all helicopters of the USSR Army Aviation began to be equipped with it.

While in the 50 of the 20th century, helicopter aviation was still considered auxiliary, and all major air operations were to be carried out by assault, fighter and bomber aircraft, then the situation began to change after 10-15. With the help of the designers, the helicopters became real combat units, capable of performing various tasks in the sky. And the appearance of attack helicopters was a new milestone in the development of army aviation, which predetermined the way for a whole direction of helicopter technology, following which Russia surpasses competing states in a number of parameters.

For many years history Army aviation helicopter crews performed tasks in various parts of the world. These are both hot spots on the map of Russia itself, as well as operations in foreign countries, including Afghanistan, Georgia, and others. They carry out the combat missions set for them and the pilots of the Russian Aerospace Forces grouping in Syria. 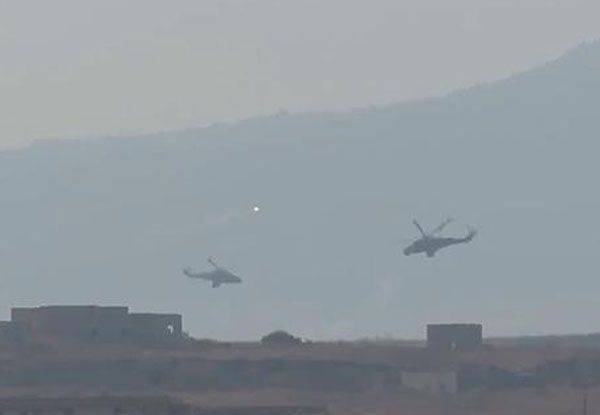 The army aviation of the Russian Aerospace Forces is armed with helicopters of various types and modifications. These are Mi-24, Mi-26, Mi-28Н “Night Hunter”, the indispensable Mi-8 with its numerous upgraded versions. 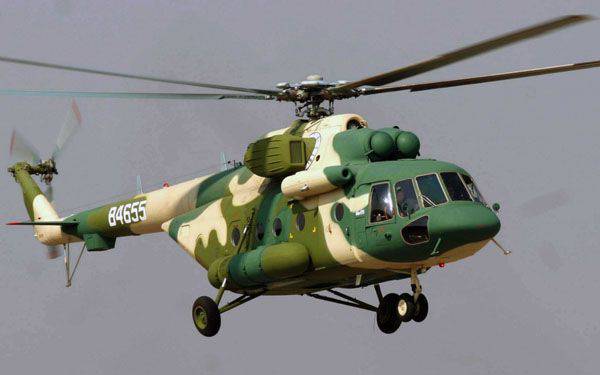 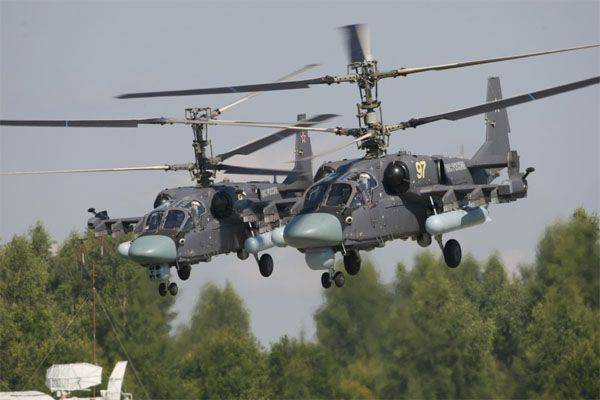 Special versions of helicopters are also produced. For example, such as maneuverable cargo and cargo Ka-226.

It became known that at the international exhibition-fair FIHAV-2015, which will be held in Havana, the Russian Helicopters holding company will present the development of the Mi-38, which is positioned as a civilian model, but its capabilities as a helicopter are also focused.