Will Australia stand against China?

October 28 2015
28
According to media reports, the ministers of defense and foreign affairs of Japan and Australia are going to meet in November on Australian territory without specifying the city and time of the meeting. It is known that the main topics will be the situation in the Asia-Pacific region, the joint development of military equipment (in particular, the transfer of Japanese submarine construction technologies), and the interaction of the armed forces. It is clear that both countries can discuss joint defense issues, meaning first of all it is China, and not Russia or, say, Indonesia, although these countries will undoubtedly pay their attention. 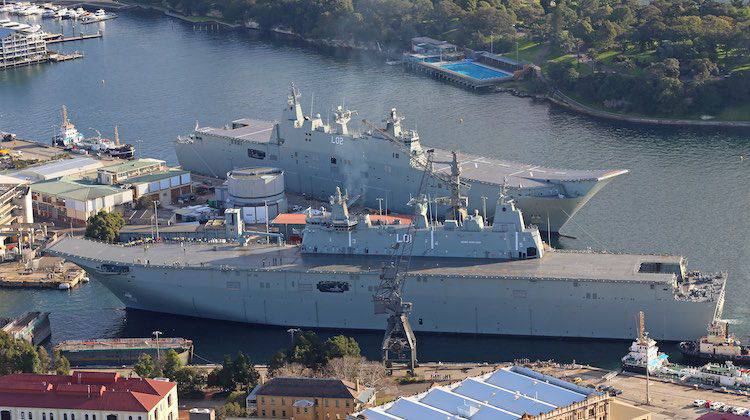 Both Japan and Australia are longtime US allies in the Pacific region and, more recently, TTP members, which are rapidly turning from an economic union into a kind of military alliance. Given that any economy needs to expand, including through direct military seizure of markets and sources of raw materials, a hint for its neighbors is more than transparent. In addition, the two countries are united by the American military presence. But if Tokyo would like to get rid of a part of the American bases, then Canberra, on the contrary, wants to get them. Rumors that several thousand American marines may move from Okinawa to the Australian coast have been circulating for several years.

Australia has long made an unofficial turn from the concept of protecting its own coast to a new imperialism. This is noticeable not only in rhetoric and one-time actions like insignificant ISIS bombing, but above all in the scale of naval construction.

The most impressive novelty, of course, is the Canberra-class helicopter carriers, built according to the Spanish project of the UDC "Juan Carlos I" and which are the largest ships of the Australian fleet all his history. Each of the two new ships is able to take on board up to 1600 mans of troops and 110 cars. And the hangar can accommodate up to 18 helicopters. 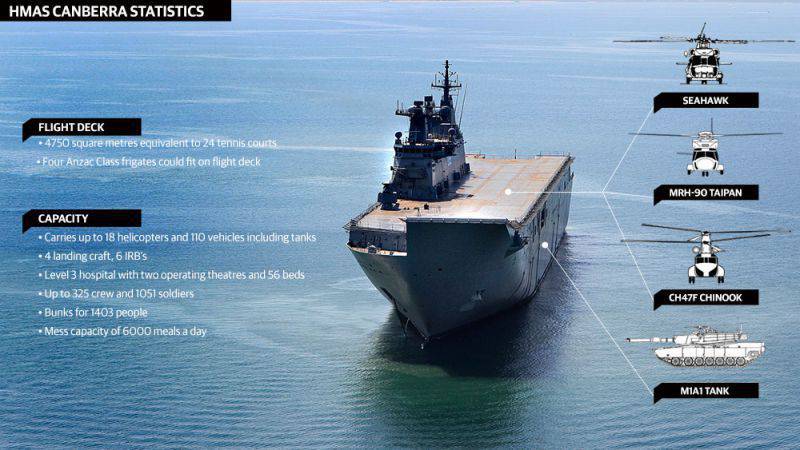 The Australian sailors have so far refused the initial idea of ​​basing F-35B aircraft, as well as deck fighters and attack aircraft, but the fact that they left the springboard, which migrated directly from the Spanish project, suggests that this refusal is not final . The helicopter, as is known, doesn’t need a springboard.

In addition to helicopter carriers, the Royal Navy acquires other major ships. These are the landing ship dock HMAS "Choules", built in Britain and sold to Australia in 2011 year, and the auxiliary vessel ADV "Ocean Shield" and three destroyers of the class "Hobart", which are under construction right now. 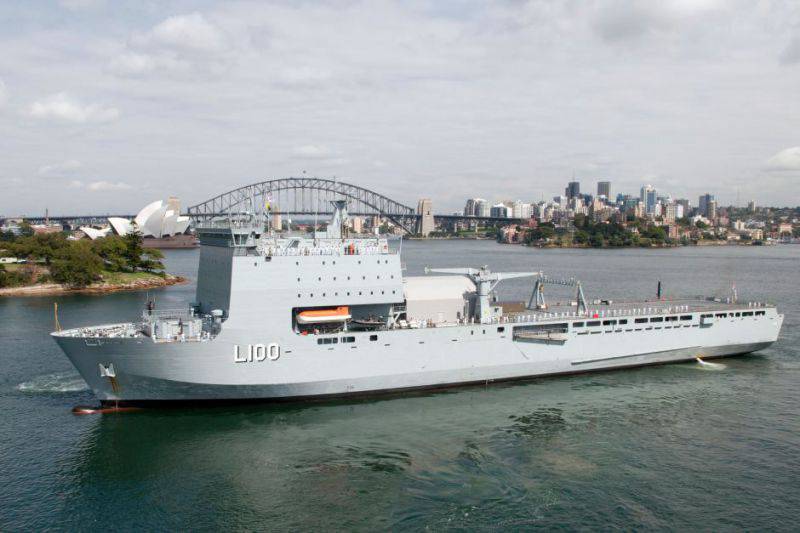 The latter are no less interesting than the new helicopter carriers. Declared as anti-aircraft, they also have serious anti-ship capabilities: 8 MK41 UVP cells will necessarily be filled with Harpoon missiles, which, if desired, can be replaced by Tomahawks. By and large, the Hobart will become a universal destroyer, although first of all it is an anti-aircraft / anti-missile ship, where the Aegis system and RIM-66 Standard 2 missiles offer ample opportunities. At the moment, except Japan, only Japan and South Korea have such ships. From whom is Australia going to fight off so specific weapons? Clearly not from Indonesia. Apparently, the United States is preparing allies for the possible creation of an anti-missile blockade of either China or the Russian Far East. How much such plans are realizable is another question, but measures in this direction will be taken.

Obviously, one thing - in two or three years, Australia will be able to deploy large own forces almost anywhere in the world. And certainly not for the purposes of defense of some remote possessions. Today, Australia has seven overseas territories: three of them are uninhabited, and one - the Antarctic - is not recognized by the international community. For their defense helicopter carriers are not needed, and not defensive this weapon. It would not hurt to recall that Australia gained considerable benefits in the wake of both world wars, both direct in the form of territories and wealth, and indirect in the form of immigration to the green continent of European citizens. In the XXI century it will not be possible to sit on the sidelines, dragging chestnuts out of the fire by someone else’s hands. Whose legacy is Canberra going to share this time?

Свежие news only confirm the above conclusions. Literally just (October 27), Australia fervently supported the American initiative to send a destroyer to the South China Sea, where it would eloquently violate the 12-mile zone around the Chinese part of the Spratly Islands as a sign of non-recognition of Beijing’s claims to these waters. As Australian Defense Minister Maris Payne noted, “almost 60% of total Australian exports go to other countries via the South China Sea.” If the Chinese do not swallow an insult, and decide to conflict, the hottest times for the green continent may begin much earlier than many people think. Allied debt has not been canceled.