State Department against the President

October 28 2015
55
The American media recently talked about the "pressure" on Barack Obama. Why "put pressure" on the president? It turns out that the current owner of the Oval Office had the reputation of a weakling, and its weakness is especially visible in Syria, where the Russians are now setting the tone. Even his Secretary of State, John Kerry, is displeased with Obama's behavior. The only one who for the company with Obama does not dare to "confront" Russia in the Middle East - this is Secretary of Defense Ash Carter. 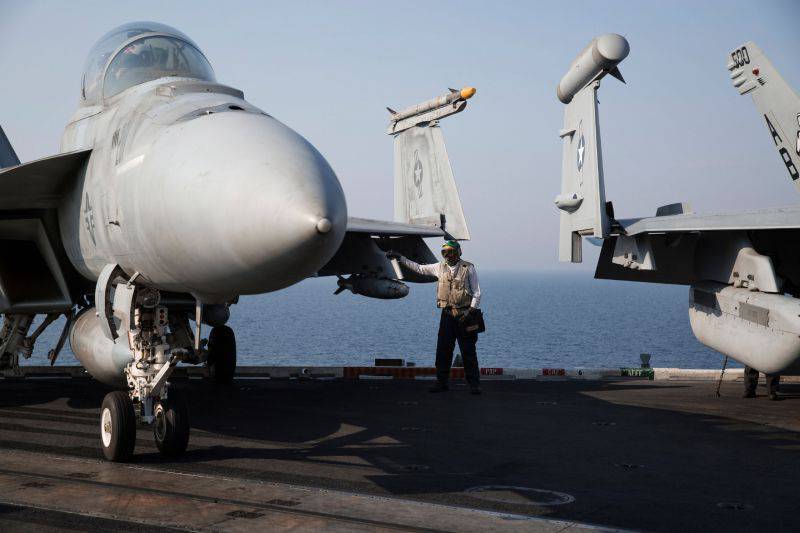 The Obama administration has come under fire. The heated discussions between the White House administration and its opponents were prompted by the question of the need to deploy American military forces in order to create a no-fly zone and a security zone in Syria. The purpose of creating such a zone is to ensure the protection of civilians suffering from civil war.

As the publication points out, the White House is still very skeptical about the idea of ​​creating a no-fly zone in Syria. Nevertheless, the refugee crisis in Europe and Russia's military intervention in the situation in Syria led to "increased pressure on President Obama." Opponents urge him to "take more drastic measures." And even Secretary of State John Kerry, like many others, believes that it is necessary to use the US air force to ensure the security of the Syrians. This was reported to journalists by unnamed officials.

Interestingly, at the same meeting in the White House, Secretary of Defense Ashton Carter presented the Pentagon report, which contained “sobering” assessments about the need to use “extensive military resources” to create security zones. Therefore, Carter’s office considers it “dubious wisdom” to take similar measures in Syria. In addition, Russia's military operations in Syria increase the risk of unintentional clashes between different forces - if the Americans try to block certain areas of the country.

Mark Mazetti and Peter Baker remind us that just a few weeks ago, the idea of ​​a no-fly zone was Obama publicly rejected. And now the conversation turned again. This underlines, according to journalists, the relevance of the crisis. Tens of thousands of Syrians are fleeing to Europe today.

There is another factor pushing American politicians to again and again discuss measures to resolve the Syrian crisis. Politicians seeking to implement some kind of success strategy in the Middle East express their disappointment with Obama.

What options offer opponents of the current president?

Among the options discussed in the White House were military projects to create safe zones for civilians on the borders of Syria with Turkey and Jordan. Officials presented various options, including those that provided for the creation of security zones solely for the provision of humanitarian assistance. Other, "more ambitious" projects included the allied actions of the Syrian opposition forces and the Americans.

However, the presentation prepared at the Pentagon, clearly demonstrated that this operation would require a huge number of aircraft and people. Such actions would require the use of airplanes and personnel even outside those states that are part of the coalition and inflict airstrikes on Islamic State facilities in Syria and Iraq.

Mr. Obama himself was not present at the White House meeting. Instead, national security adviser Susan Rice participated. No official decision was made, of course.

It is also known that those who are in favor of strengthening the role of America in world politics after the meeting had "dull" faces. Some even said they suspected Pentagon officials of over-estimating the military resources they might need to conduct an operation in Syria. This overstatement the Pentagon did ostensibly to convince President Obama not to change his policies in the region.

The White House declined to comment on the publication.

However, in the US, the number of those who call for action in Syria is growing. Among those calling are “veterans” of the Obama administration, for example, former Secretary of State Hillary Clinton. This potential presidential candidate in October spoke in favor of creating a no-fly zone in Syria. Clinton wants to "try to stop the slaughter." A couple of weeks ago, former Secretary of Defense Robert Gates published an article in which, along with Condoleezza Rice, he urged the president to rethink his position.

Meanwhile, military experts warn that it would be difficult for civilians to create a security zone without a large number of ground forces. All of these insurgents "have a tendency to move," said Karl Muller, a political analyst at RAND Corporation and an expert in the use of air power, with irony. Therefore, we would have to solve the difficult task of preserving the “zones”.

Bottom line: if Secretary of State D. Kerry and other political figures are in favor of a more active US role in Syria and are calling for a halt to the humanitarian crisis, the Pentagon is calling for caution.

Journalists are also reminded that in 2013, General Martin Dempsey, chairman of the Joint Chiefs of Staff, stated in a letter to Congress that any military intervention in Syria would be an "act of war." Control over the security zones in Syria, according to his calculations, would have cost Washington more than 1 billion dollars a month.

The submission also notes that recently the United States and Russia signed an agreement on how to avoid accidental encounters in the skies over Syria during certain operations. True, the authors say, there are no guarantees that "the Kremlin will respect the boundaries of the no-fly zone declared by the United States." K. Muller says that Russians, concerned about a possible American intervention threatening the Assad regime, may deploy new air defense systems in Syria.

To this we must add that Obama’s Republican opponents, striving for the presidency, also use Obama's “weakness”.

Christie himself, apparently, not weak. “First of all, I would call Vladimir and say:“ We are introducing a no-fly zone, and this applies to everyone, including you. So don’t even try, ”a brave governor is quoted as saying. RIA News".

Giving an interview to Fox News, the same politician said that if Russia violated the non-flying zone, its planes should be shot down. The prospect of war with Russia did not embarrass him: “We spent a myriad of money and American blood to destroy the USSR. We must not allow him to return. ”

Roughly the same is true of another Republican candidate, Marco Rubio. He supports the idea of ​​introducing a no-fly zone into Syria, RIA notesNews”, And believes that if Russia violated the borders of such a zone, it would“ have problems ”.

Republican hawks, as well as a number of representatives of the Democratic Party, including not only presidential candidate Hillary Clinton, but also Secretary of State John Kerry, are attacking B.H. Obama, urging him to introduce a no-fly zone over the territory of Syria. Next to Obama, Defense Minister Ash Carter courageously defends himself against the attacks of the hawks. It seems that this is the only person (besides the president) who is not happy with the prospect of a possible clash in Syria with the Russians. Well, let alone frantic republicans are ready to come together with the Russians in battle and are ready for blood - if only the USSR would not appear on the map again.

Observed and commented on Oleg Chuvakin
- especially for topwar.ru
Ctrl Enter
Noticed oshЫbku Highlight text and press. Ctrl + Enter
We are
Results of the week. "The truth is easy and pleasant to say ...""Pathological liar" from the State Department
Military Reviewin Yandex News
Military Reviewin Google News
55 comments
Information
Dear reader, to leave comments on the publication, you must sign in.