UN called to tell the truth 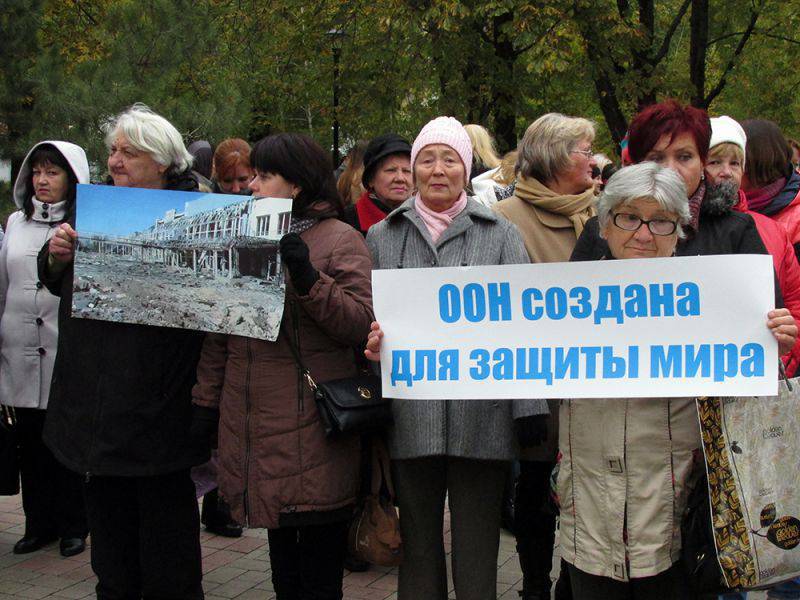 The shelling of Donetsk and the surrounding villages continue. On the Day of the flag of the DPR, 25 of October, many residents of the city distinctly heard how the “truce” was banging. On the morning of October 26, the Ministry of Defense of the Republic summed up: the cease-fire regime was broken by the Ukrainian side 12 times. The areas of the airport, the Volvo-Center (which the ukrokaratels tried to storm several times last week), as well as the villages of Zhabichevo, Veseloe and Spartak, were subjected to shelling.

And on the night preceding the Flag Day, a private house burned down due to the attack of the ukrovoyak in the village of Zabichevo. The gas pipeline was interrupted in the Kuibyshev district of Donetsk.

As the deputy corps commander of the Ministry of Defense, Eduard Basurin, said, the aggravation of the situation is most likely due to the celebration of Flag Day. “When there is a big state or religious holiday in the Republic, the situation was getting worse all the time,” he stressed.

Basurin added that this aggravation could also be connected with the Ukrainian elections: "This is one chain - to prevent the will of people and to try to thwart the Minsk agreements in part of continuing to withdraw weapons in caliber less than 100 mm."

However, any violations by the punitive Kiev junta do not meet any resistance in the world. This causes well-deserved anger towards large international organizations.

October 24 - International UN Day. On this day, the Pitmen gathered near the Donbass Palace Hotel. Here, in one of the best hotels in the city, members of the mission of the most important international organization live comfortably. 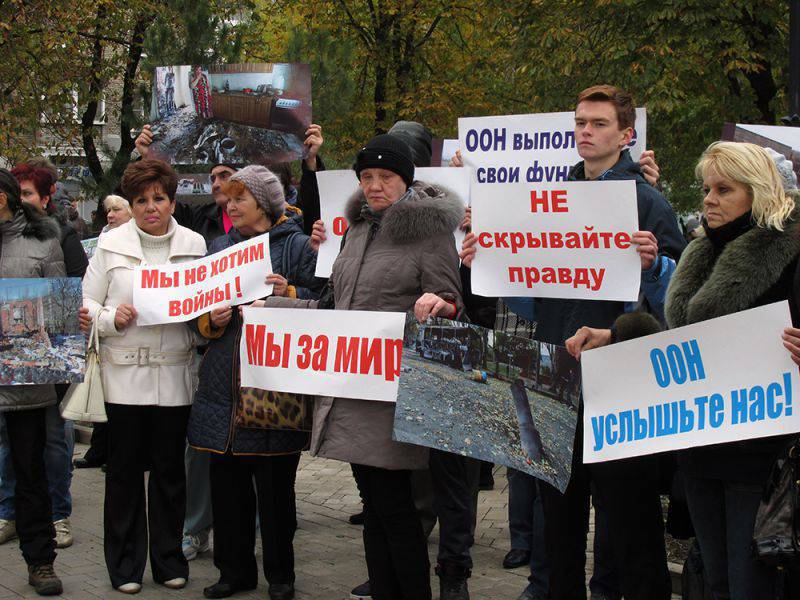 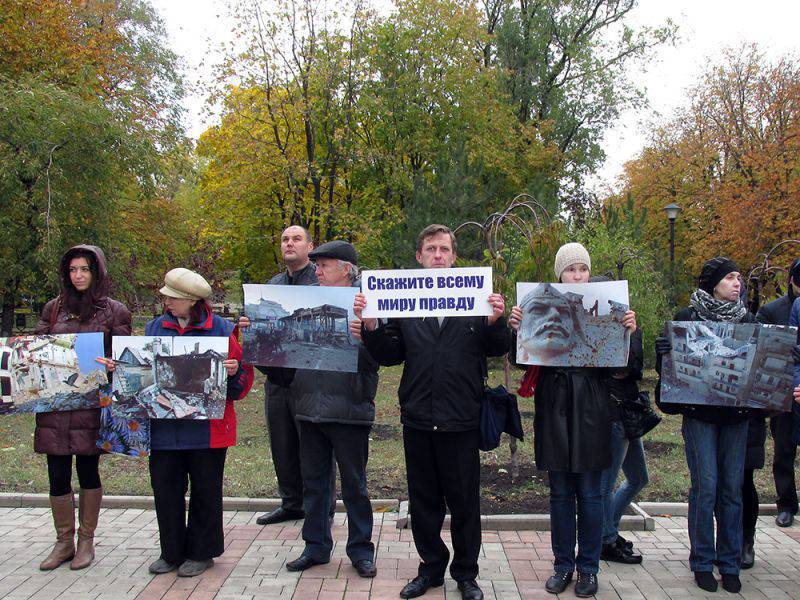 Hundreds of residents of Donetsk brought scary photos of destroyed houses, schools, airport, monuments to UNOs under the windows ... On the posters are calls for the UN to tell the truth. “We want peace,” “Your silence is killing children,” people with such slogans stood. “The UN was created to protect the world,” the audience reminded. 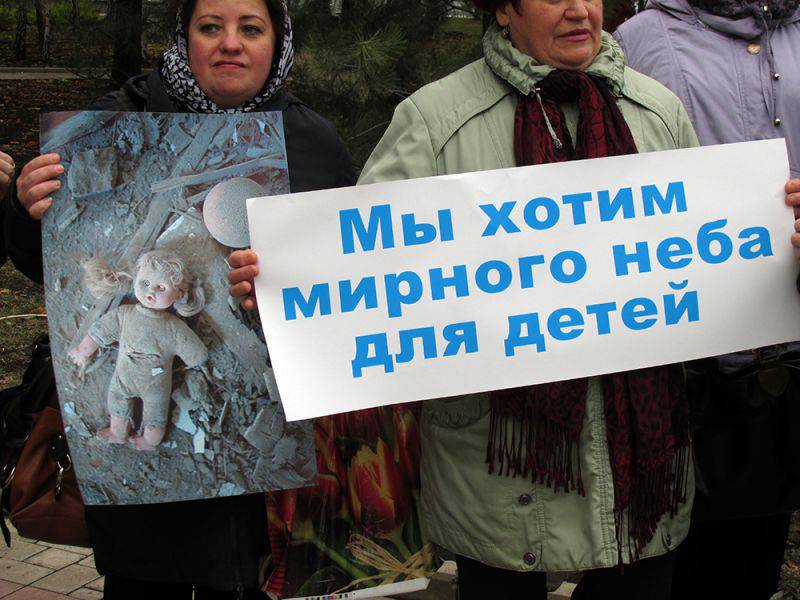 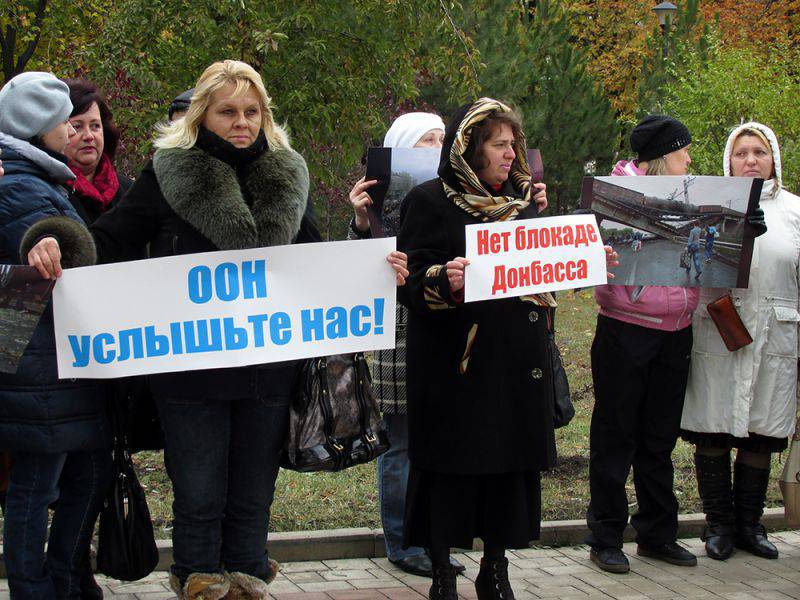 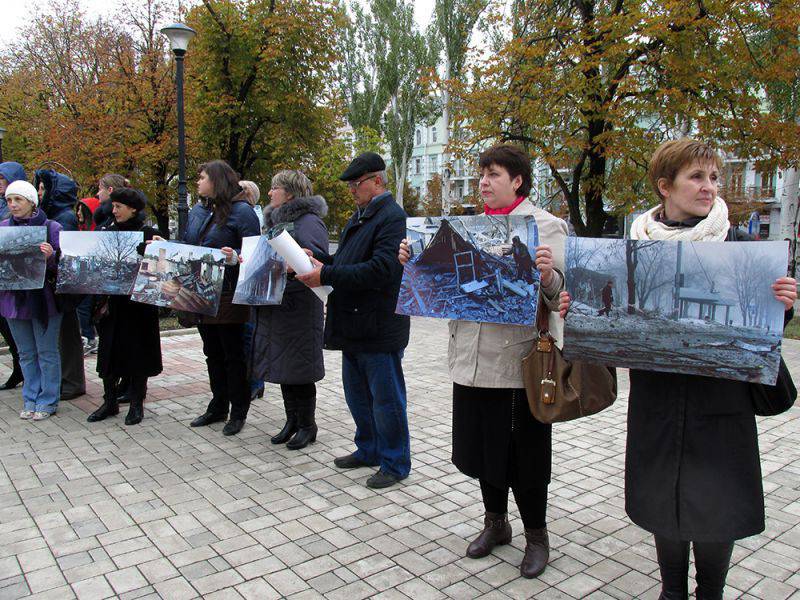 In their speeches, simple women, with tears in their eyes, told about the experiences of suffering. “We ask the UN representatives to adequately perform their functions, which were assigned to it as early as 1945, when it was created,” one of the speakers addressed to UN officials.

However, not a single member of the mission of a leading international organization deigned to go out to people who survived so much ... Either they were afraid of the anger of the people, or they were simply doing very different things ... 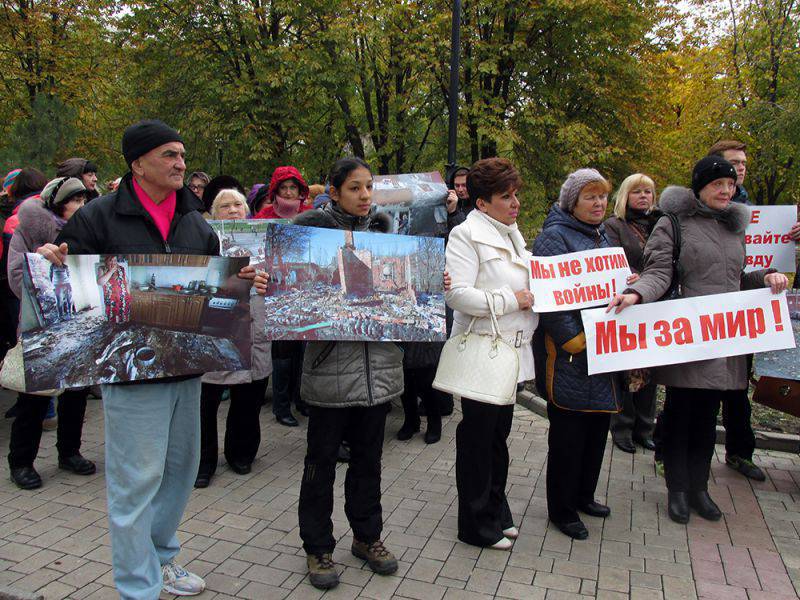 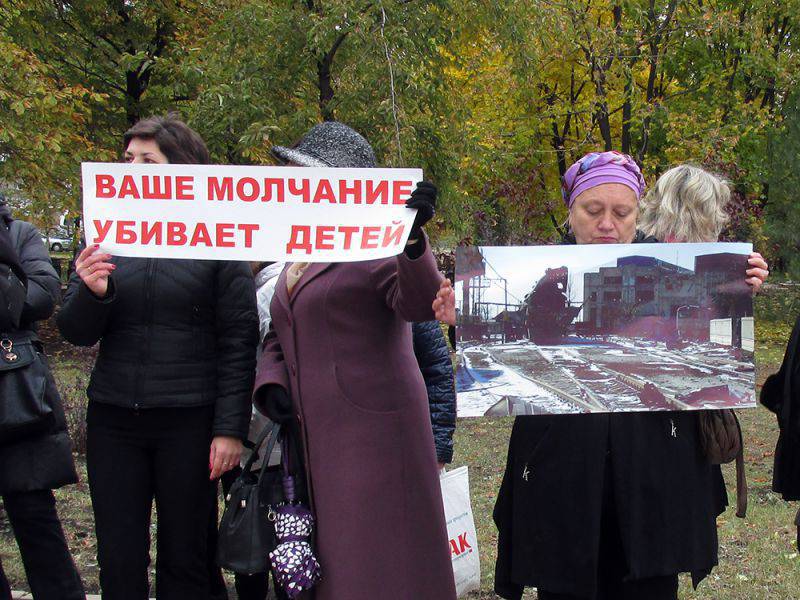 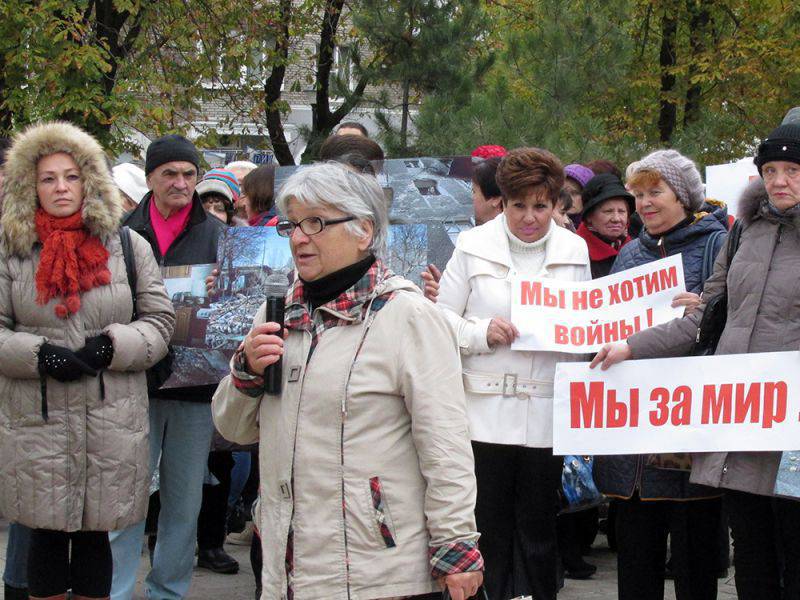 “The UN cars are usually always on this parking lot,” says one of the Donetsk citizens, pointing to the site in front of the Donbass Palace Hotel. This time, however, the parking lot is simply striking with its emptiness. Apparently, UNO members were worried that angry Donetsk residents could do with their cars as they had before - with OSCE vehicles. Then, I will remind, on several cars belonging to this organization, people painted their eyes, hinting that the observers would see the light. 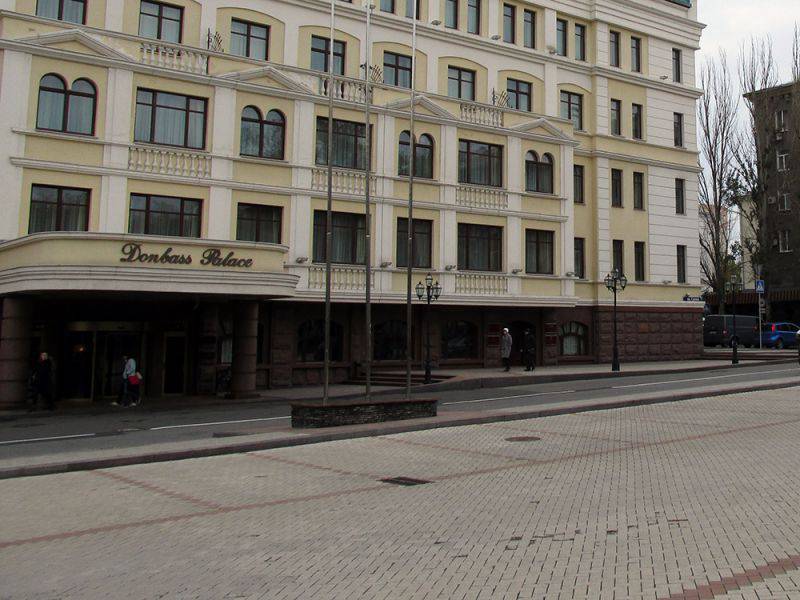 But this time there was no aggressive intention among any of the visitors. People just wanted to be heard.

And where were the members of the UN mission at this time? A partial answer to this is a dry message from the reports of the Ministry of Internal Affairs of the DPR.

One of the UN staff was detained at night from 24 on October 25 in the Kalininsky district of the city of Donetsk by traffic police. The driver of the Toyota Land Cruiser was in a state of intoxication. The result of the medical examination confirmed the fact of alcohol intoxication.

Of course, it’s not a sin to celebrate a holiday, but as it turns out, some of the UN staff members themselves can break the law. Even in small.

However, with the silence of this international organization, called upon to stand guard over the world, truly horrendous crimes are being committed at the global level. Crimes, the victims of which have already become many thousands of innocent people in Yugoslavia, Iraq, Libya, Syria, and, of course, in the Donbas.

Ctrl Enter
Noticed oshЫbku Highlight text and press. Ctrl + Enter
We are
In Donetsk, a monument to Uncle Vasya was installed, and the ukrokrateli “congratulated” the Donbass on the Day of MetallurgChildren's Day: a holiday in the DPR and a “gift” from ukrovoyak
Military Reviewin Yandex News
Military Reviewin Google News
14 comments
Information
Dear reader, to leave comments on the publication, you must to register.