What will turn Qatar's military intervention in Syria

October 27 2015
81
Earlier, on October 21, Qatar’s Foreign Minister Khalid Al-Attiyah made a very intriguing statement about the possible intervention of Qatari armed forces in the Syrian conflict. "If military intervention protects the Syrian people from the cruelty of the regime, we will do it," the world media quoted him as saying. In his speech, the Foreign Minister also mentioned "Turkish and Saudi brothers", but also Turkey and Saudi Arabia, however, in this situation, they preferred to keep silent and not to mention publicly about the interventions. 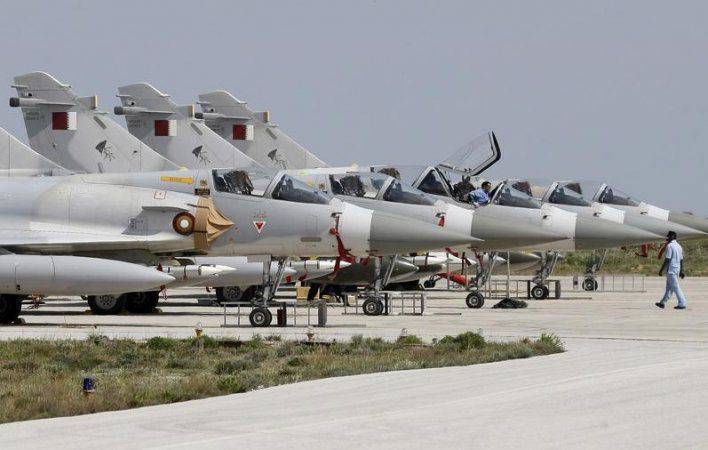 Qatar Air Force Fighters
The Tribune
Qatar has long been entrusted with the reputation of being a sponsor of various militant groups favored by the emirate’s monarchy, but the state hasn’t climbed much into open fighting. But in recent years, the situation has changed slightly, and Qatari soldiers happened to trample the land of Libya and Yemen. Yes, the Qatari presence in these countries was very limited in the composition of intergovernmental coalitions. But behind these actions with the naked eye are seen timid attempts to strengthen their power in the region, including with the help of such a popular tool in this business as the army.

The Qatari Armed Forces count for different data from 11 800 to 12 200 people. The country's military budget is two billion dollars a year, which, given the modest size of the army, is quite a lot.
If we divide the amount of the country's defense expenditures by the number of servicemen, then 170 thousand dollars will be issued for each. In Russia, for example, this figure is approximately 65,5 thousand per soldier.
The military equipment of the Qatar Armed Forces is mainly new models of the French military-industrial complex, but there are also German representatives, for example, Tanks Leopard and Mercedes Trucks. For example, the emirate has 62 MBT (main battle tank) Leopard 2A7 and up to 40 French MBT AMX-30. To all this is added several dozens of infantry fighting vehicles, armored vehicles with mine protection and armored personnel carriers. 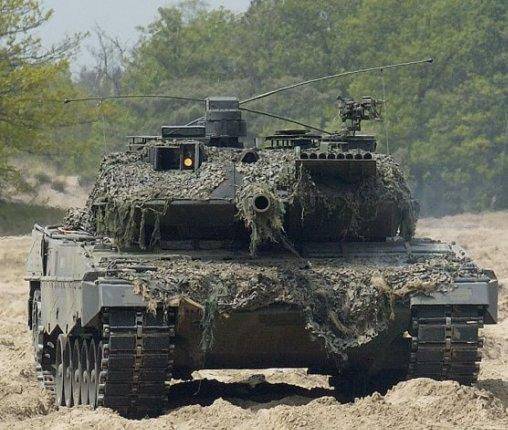 "Leopard-2"
Wikipedia
Artillery of Qatar boasts German self-propelled guns with a caliber of 155 mm (the monarchy bought 24 units of such units, and how much I managed to get - a question) and twelve South African G5 self-propelled guns of the same caliber. The Qatari MLRS is represented by 18 Brazilian Astros and three Soviet Grads. In addition, the monarchs have a couple of hundreds of anti-tank missiles, including the American Javelins. This is where the representation of the “God of War” in the Qatari military forces ends, apart from various infantry mortars.

Among the anti-aircraft means an abundance of obvious new products from Qatar is not noticed. And it is logical that the country is not called on from scratch to sponsor Wahhabis and Islamic extremists around the world. And Western countries, despite their allied relations with the emirate, are still reluctant to sell her what may then turn out to be at the Al-Qaida militants *, Hamas, other radical groups and shoot at NATO planes or at all on civilian sides.

At the end of the 80s, the Americans were seriously offended by the monarchs of Qatar precisely because they had bought man-portable air defense systems from the United States from the Mujahideen of Afghanistan. The Americans suddenly remembered about "tight control over the circulation of MANPADS" and demanded the monarchs surrender them. Those refused, and as a result, the US Senate imposed a ban on the sale of any weapons to Qatar. Two years later, the Qataris agreed to the disposal of the "Left" MANPADS and the ban was lifted.

The current armament of Qatar’s air defense system consists mainly of the old British systems, which have remained since the emirate preferred to purchase weapon by Her Majesty. Nevertheless, a certain number of American, French and Soviet MANPADS are still in service with the state. It is also worth noting that in 2014, the Middle Eastern state signed a contract worth $ 7 billion with the United States for the supply of ten batteries of Patriot anti-aircraft missile systems. The supply of these air defense systems to the troops was not reported. 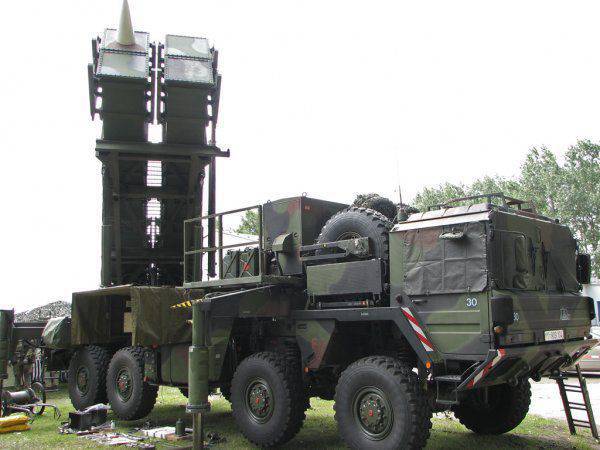 Patriot (Patriot)
Wikipedia
Currently, the main force of the monarchy's air force is the French fighters 14 Dassault "Mirage" 2000. In addition, the French have already ordered the new 24 Dassault "Rafale", and the Americans are going to put 24 attack helicopter "Apache". Interestingly, most of the state's air force is made up of various transport workers, as well as training and passenger aircraft.

The Arab naval forces include one landing ship and various patrol and rocket boats.

As for combat experience, his Qatari Armed Forces recently received only in Libya and Yemen. Given that in both of these campaigns, the Qatari presence was rather scanty, then there can be no talk of any serious "hardening" of the troops. In the same Libya, the Qatari contingent was limited to six Mirage fighters and a staff of military advisers for the rebels. In Yemen, about QNUMX Qatari military personnel and 1000 fighters were stationed, but their active participation in hostilities was not reported.

If we take earlier conflicts, the tankers of Qatar managed to make war against Saddam Hussein in the Persian Gulf in 1991.

Based on the foregoing, such an army, even with the support of the Saudis, should not be a serious threat to the demoralized forces of Assad. After all, the same Saudi Arabia suffers serious setbacks in the fight against the Yemeni rebels, many of whom for the first time took up arms. Of course, a possible Qatari-Saud intrusion into Syria will significantly undermine the already deplorable situation of Assad, but it has every chance of surviving a defensive conventional war against these states. 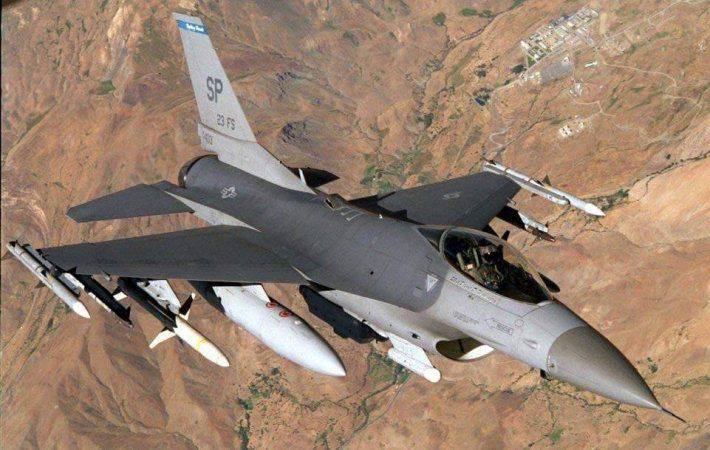 F-16
The eye of the planet
The greatest threat from the Qatari Armed Forces is represented by the Mirage fighters, but at the same time, Syria’s air defense has remained almost intact and the Qataris will enjoy less flying in the Syrian sky than in Yemen. And in it, by the way, the rebels shot down five Saudi fighters (two F-16 and three F-15) and one F-16 Morocco. Given that the Qatari pilots are at about the same level, and the Assad's anti-aircraft gunners are much better trained than the Yemeni rebels and have more advanced equipment, the conclusion suggests itself for itself.

Therefore, no real intervention by Qatar, at least without the serious support of other actors of the region (with the mandatory participation of Turkey), is out of the question.

By the way, Syria has already warned Qatar about the "hard reaction" to any military intervention. "If Qatar carries out its threat of intervention, then we will consider it as a direct aggression ... Our response will be very harsh," said Syrian Deputy Foreign Minister Faisal al-Mekdad.

* Al-Qaida is a terrorist organization banned in the Russian Federation.

We are in Yandex Zen
Bashar Al-Assad: We have absolute confidence in our victory (+ full text of the President’s interview)
Interview of President Bashar Al-Assad to the Sunday Times newspaper
81 comment
Information
Dear reader, to leave comments on the publication, you must to register.