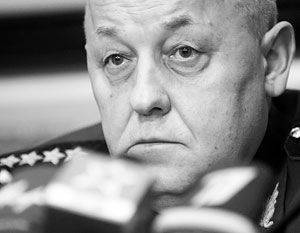 “I read: a training camp, a command post, an observation point, an artillery fire adjustment point ... Now, if I had heard: a caravan of gasoline tankers was struck!” - Yury Baluyevsky, the former Chief of the General Staff, expressed an interview in the newspaper LOOK. He also commented on the actions of the Syrian army in the cities liberated from the enemy.


A spokesman for the Syrian Armed Forces, Brigadier General Ali Mayhub, said on Friday that control of the villages of Al-Jaburia, Bakija, An-Nasuriya, and Tel Saybeyn was established in the eastern part of Aleppo Province. "South of the city of Aleppo, army units and national defense units advanced and occupied nine villages, in particular, Balyas, Zabahad, Uadikhiya and its environs, the outskirts of the village of Abtyn," the RIA General quotes "News". In addition, he said, control was established over five villages in the province of Homs.

President Vladimir Putin said the day before that the Syrian army is showing success with the support of the VKS, but they are still modest. The bombing of terrorists in Syria without the ground operation of the Syrian armed forces will not be successful, warned in turn the head of the Kremlin administration Sergei Ivanov, adding that during the recent visit of the Syrian leader Bashar Al-Assad to Moscow, coordination of the actions of the Russian HVAC and Syrian ground forces was discussed.

Also on the eve there were reports that the Kurdish militia finally launched the attack on the “Caliphate” announced a week ago from the north, in the direction of the Aleppo-Raqqah highway. True, these messages have not yet been confirmed.

The extent to which the Syrian army and the Kurdish militia are ready today for a successful offensive against ISIS is discussed in an interview with the VIEW of the Army, former Deputy Secretary of the Russian Security Council (2008 – 2012), former Chief of the General Staff of the Armed Forces and First Deputy Minister of Defense ( 2004 – 2008) Yuri Baluevsky.

VIEW: Yuriy Nikolayevich, as you know, was already 8 of October, a week after the start of the Russian operation, the Syrian General Staff announced an offensive in the north-west of the country, in the Aleppo area. And October 14 army announced a "large-scale offensive" on the outskirts of Damascus. But since then, only the names of several villages recaptured from the militants have appeared in the victorious reports, that's all. Are you not afraid that the offensive in both directions is really choked?

Yuri Baluyevsky: Let's look at the state of the Syrian army. She, as they say, had the courage for the first blows. I am convinced that the offensive spirit of the army was supported by ammunition and - I do not exclude - the armament that came to Syria as part of our military technical assistance. Now requires replenishment, regrouping.

Surely, during Assad’s visit to Moscow, there was some talk on this issue. As I said, the war in Syria is not a matter of one day. The situation is complicated by the fact that the time limit allowed for the Russian air group and for ground components depends on the weather. Literally in a month and a half sand storms will begin in Syria, as we say in everyday life. That is, the situation will not be quite convenient for the fighting.

Who is friends with whom and is fighting in Syria and Iraq
I drew attention to what goals appear in recent days in the reports of our air strikes. Already not those objects! I read: a training camp, a command post, an observation point, an artillery fire adjustment point ... Now, if I heard: a blow was struck on a caravan of fuel tankers that were transporting oil products from seized refineries! It is necessary to beat on the objects that provide the "livelihoods" of bandit groups.

Unfortunately, maybe there is already big politics? We all know where this crude oil goes. She goes to Turkey. That is the question. I do not exclude that at a high level it is now being discussed and corrected: what to do next? Accurate strikes do have a certain effectiveness, but they do not solve the problem of destroying the main body of the Islamic State militants. We will solve the problem when we undermine the sources of the content, development and conduct of hostilities of this group.

And talk "choked"? I would not be in a hurry with the conclusions. We will objectively evaluate the capabilities of the Syrian army.

VIEW: On the eve of the Russian Foreign Ministry confirmed that "terrorist groups in Syria continue to receive equipment and reinforcements from abroad," however, Turkey did not specifically mention. Why, in your opinion, did the Syrian General Staff choose Aleppo and the North-West for the first and the main attack? Could one of the goals be to want to close the border with Turkey and thereby block the supply channels of ISIS?

Yu. B.: Of course! Look: Kurdish formations are really fighting against ISIS, but they are fighting for their goal. And their goal is not even autonomy within Syria, but an independent Kurdistan, which will unite the territories of the Kurds not only in Syria and Iraq, but also in Turkey. It is here that Turkey has to think about who to help her in this war.

In addition, American supplies cross the Turkish border. Americans still think they are supplying "moderate opposition." Remember how american aviation dropped aid to units of the Free Syrian Army? And who checked, in whose hands these bales with weapons?

VIEW: How much is the government army ready for street fighting in a megacity such as Aleppo?

Yu. B.: It has already gained experience. Today, all the fights just go inside settlements. I was in Syria, in the region of Aleppo, in Latakia, on the Golan Heights. The whole war in such countries, where mainly communications and oases in desert areas, is being fought for these oases, that is, settlements, cities.

Today, the Syrian army - maybe I’m not quite correct to say - but, in fact, uses the scorched earth tactics. These settlements, in which, I do not exclude, the so-called civilian population is not left, they are destroyed, actually destroyed, and only then the Syrian units enter and “clean up” those who survived there and did not run away.

Yu. B.: Today, even from a political point of view, this would be important. If you knock out militants from Raqqah, then those who remain in the bandit groups will think that, in fact, they lose their strongholds connected with statehood.

But I would not say that today the Kurds are capable of attacking in the direction of Raqqa and especially in the storming of the city. The Kurds, in my opinion, want to consolidate the territory that they now hold and consider to be theirs and which can become part of the united Kurdistan. Perhaps there will be some actions aimed at designating their participation in the destruction of ISIS militants. But, I emphasize, the goal will remain its own. If our goal is “let's destroy the militants, and then discuss the political structure of Syria,” then the Kurds are fighting only for what they want to get for themselves.

Ctrl Enter
Noticed oshЫbku Highlight text and press. Ctrl + Enter
We are
Interview by President Bashar Al-Assad to the Sunday TimesHow can Russia survive and win in the 21st century?
Military Reviewin Yandex News
Military Reviewin Google News
62 comments
Information
Dear reader, to leave comments on the publication, you must to register.