At present it is difficult to find good illustrations of wick short-barreled weaponsand if it is possible to find photos of the wick combined weapon, then it is generally a great success. At one of the weapon auctions, an Indian battle ax - stylet - wick gun from the middle of the 18 century is presented. The owner of the collection, who exposed this lot, even indicated the exact year of manufacture of the weapon - 1750. 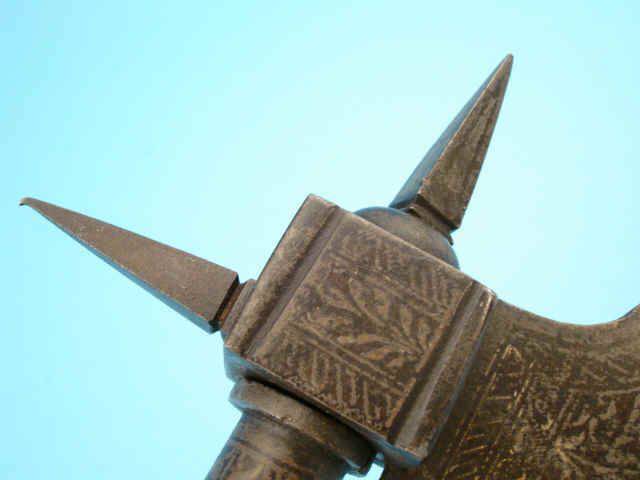 The weapon consists of a battle ax, a stylet and a single-shot pistol with a wick lock. The battle ax for striking in addition to the blade is equipped with two warhead spikes on the butt and in the upper part of the handle. Battle spikes are in the shape of tetrahedral pyramids. 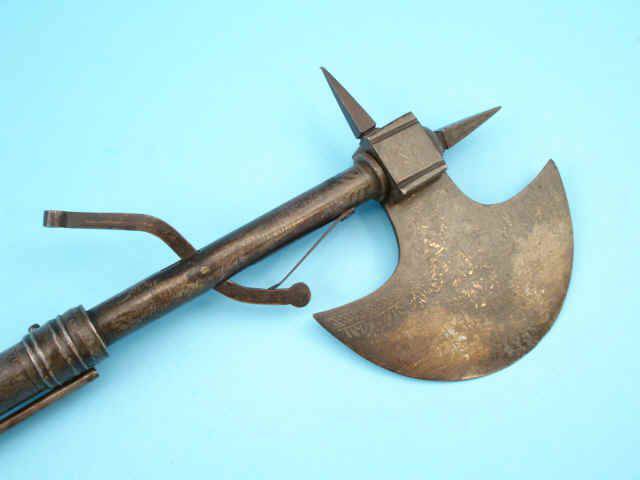 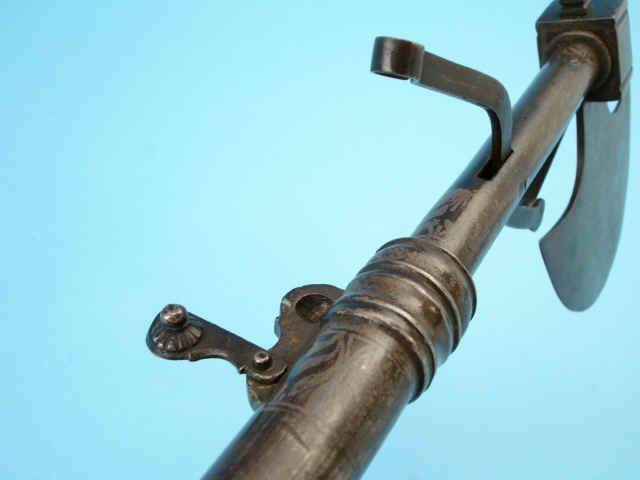 The powder shelf of the wick lock is located on the left side, relative to the chopping part of the ax. The shelf has a hollow hemispherical shape for the seeding powder. Powder shelf covers the cover attached to the axis. The cover of the powder shelf is provided with a handle in the form of a protruding figured rod. 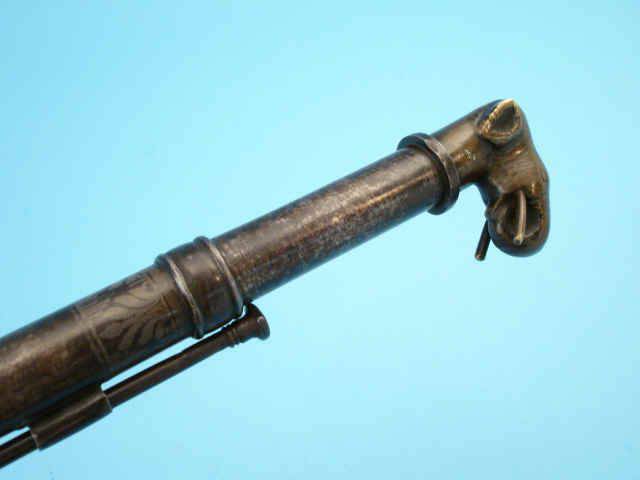 A ramrod, which is a metal rod with an expanding head, is attached to the handle of the battle ax with the help of two rod tubes. The ramrod is designed to fit and clean the wick gun barrel. 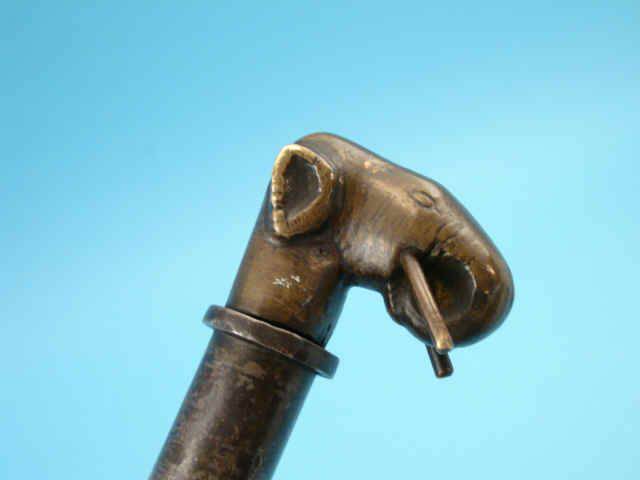 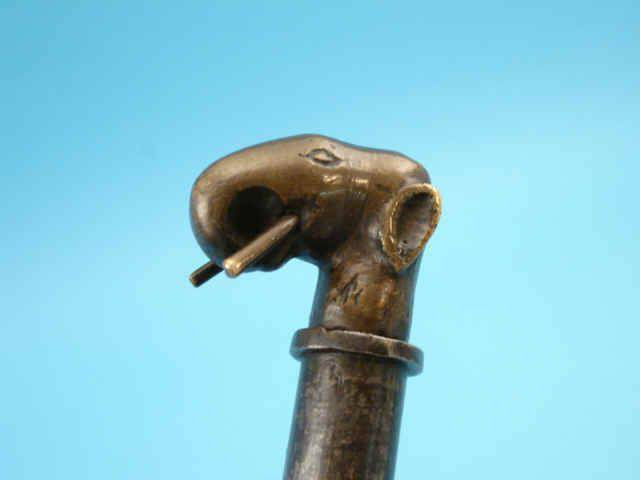 Eyes, ears, curved trunk and tusks unmistakably indicate that the master stylized the tip of the handle in the form of an elephant's head. 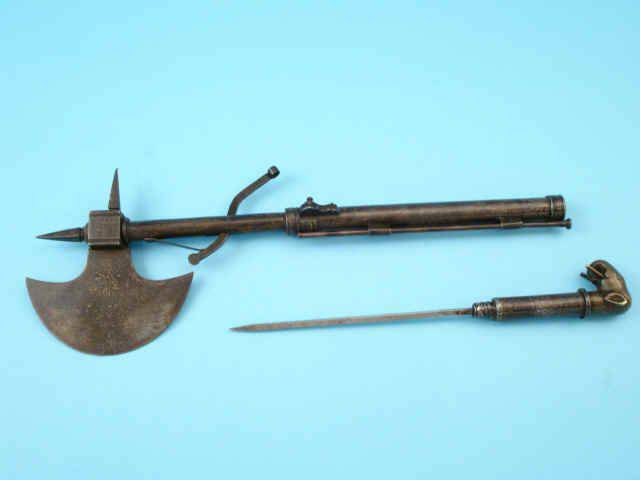 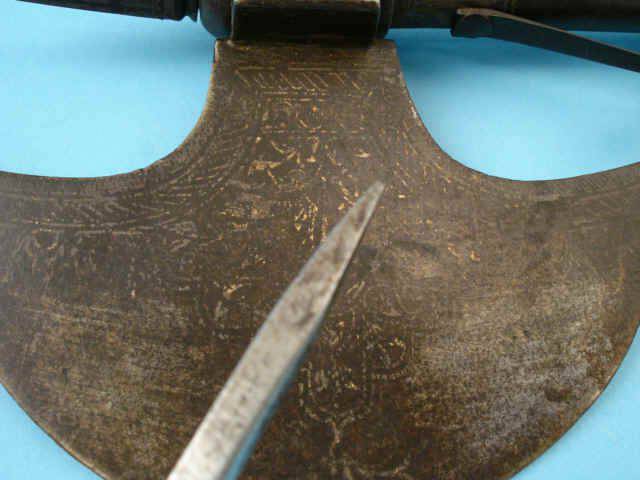 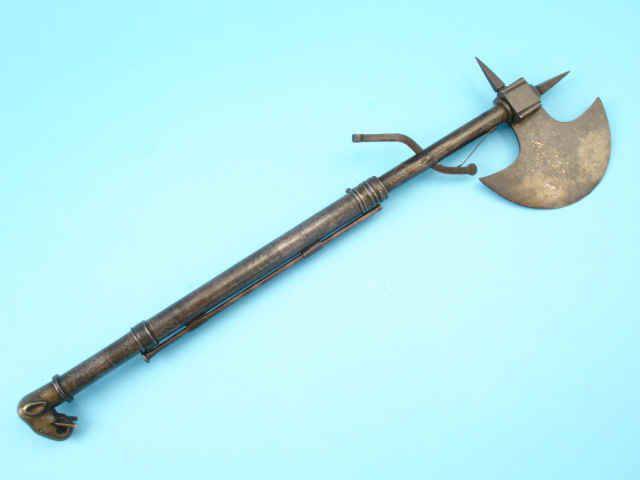 Indian battle ax - stylet - wick gun has a total length of 546 mm. The weapon is quite rare and is made probably either in a single copy, or in very small quantities. This combined pistol-ax-stylet is estimated by experts of weapon antiques in about 3000 - 4000 dollars.