October 27 2015
40
Some Western experts believe that the emergence of the "Islamic State" chemical or nuclear weapons - It's a question of time. A kilo of highly enriched uranium is worth in the entire market 26 million pounds. In addition, the militants "IG" do not hide their desire to attract specialists in the development of chemical and nuclear weapons. 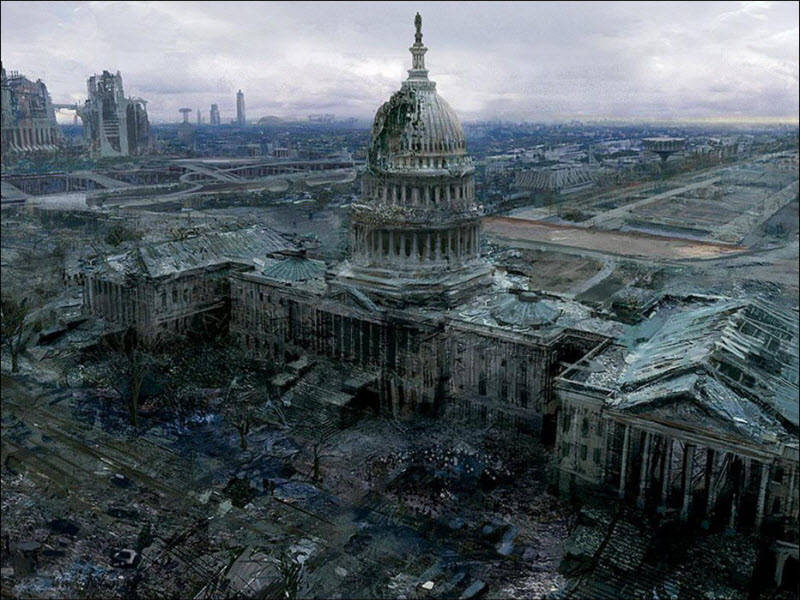 The other day in the British newspaper "Express" Marco Giannangeli's exclusive material has appeared, containing the statements of the former commander of the nuclear division of the British army. This person believes that the "IG" "inevitably" will receive weapons of mass destruction. And the risk of getting a homemade atomic bomb and its explosion in any city “increased significantly” because of the “tense relations” of the Islamists with Russia.

Bretton-Gordon had previously commanded a chemical, biological, radiological and nuclear defense regiment in Britain. He gave his warnings at the Global Resilience conference in London.

He recalled that the terrorists from the "IG" openly declare their desire to get weapons of mass destruction.

They themselves can make weapons of mass destruction from uranium-enriched uranium, using the reserves seized in Mosul (Iraq). To do this, they want to attract scientists to develop chemical and nuclear weapons. However, highly enriched uranium can be simply bought: one kilogram of it costs only 26 million pounds.

Where did the terrorists hit, making a bomb?

Dr. Bretton-Gordon believes that cities in Iraq, as well as Moscow (Iraq and Moscow), will be at risk. They are "extremely vulnerable." But the UK is in relative safety, since its intelligence services are "highly qualified."

As for Russia, it recently launched an operation against "opposition groups" and "IG" in Syria, and this has led to the discontent of terrorists. Dr. Bretton-Gordon also believes that, despite the “bragging of Vladimir Putin,” Russia is by no means effective “militarily.”

The expert considers Moscow to be a “target for extremists”, and the activity of the Russian special services is extremely low.

Great Britain is a different matter. Prime Minister David Cameron is listening to the warnings of experts and has already announced the allocation of £ 5 million to a new strategy to combat extremism and extremist ideology in society.

Assumptions that the terrorists "IG" is about to acquire a nuclear bomb, have been published in the press before.

Recall that in May 2015, materials appeared in the media with links to the Islamist propaganda newspaper Dabiq, which “reported” that the “Islamic state” could gain access to nuclear weapons “during the year.” The material was signed by a captive British journalist, John Cantley (extremists often use it to write articles or sound videos).

How to write a resource Newsru.com, Cantley indicated that his forecast is still "illusory", but stressed that the probability of obtaining nuclear weapons "IG" over the past year has increased significantly.

Kantli was commented on by the Indian edition of One India. Analysts have suggested that the "IG" will be able to buy a nuclear bomb in Pakistan.

Another newspaper, the British “Independent,” said: “In the bank accounts of IG, billions of dollars ...” And the organization “can spend this money through its allies in Pakistan to buy a nuclear bomb.”

Cantley, on the other hand, pointed out that Islamists have connections “amongst arms dealers, as well as corrupt officials.”

As for the possible direction of attacks on Russia, in recent days, the IG banned here has launched a whole campaign in Russian. True, we are not talking about a nuclear bomb. But the militants are calling for "jihad."

In a large article Monitoring Services "BBC" called propaganda goals and objectives of the militants "IG".

The grouping "Islamic state", the article notes, is increasing its propaganda activity in Russian. The main audience of propaganda is the population of the North Caucasus, a region that the IG leadership declared its “province” in June. In addition, jihadists seek to influence the inhabitants of the countries of Central Asia.

Since the proclamation of the “Caucasian province”, the militants of the “IG”, banned in Russia, are calling on the Muslims of the North Caucasus not to go to the Middle East, but to conduct jihad against Russia.

In the two videos mentioned by the BBC and filmed by North Caucasian militants in Syria and in the forests of the Caucasus, there are calls for North Caucasian Muslim men not to go to Syria and Iraq themselves, but to send wives and children there (under the protection of the “caliphate” ). In the rollers there are threats against Russian law enforcement agencies.

The IG leadership also appealed to the residents of Azerbaijan to take part in jihad.

A week earlier the same "BBC" placed the material under the screaming headline "Islamic State" calls for the conduct of jihad against Russia. "

This title, as we see it, hints that the West would not mind if the IG came together in a war with the Russians. The West would probably be glad. In fact, the article is not only about Russia. Moreover, a representative of an extremist group, whose opinion was voiced by the BBC, called the United States the main target. But the British TV and Radio Company could not put the United States in the title!

As stated in the text of the note, the representative of IG, Mahammad Adnani, in the 40-minute statement, whose audio recording appeared on the Internet, called on Muslims from all over the world to join the jihad against Russians and Americans.

The message focuses not on Russia, but on the United States. Quote:

“Adnani named the United States as the main target and added that this country seeks to enlist the support of Australia, Turkey, Russia, Iran. Americans, he said, feel their weakness, while the "IG" is becoming stronger with each passing day. He foretold the inevitable collapse of the United States. ”

We will add in conclusion that the attention of the West (especially Britain) to Russia is mainly due to the desire of the opponents of Moscow to turn the army of jihadists to the North Caucasus, and even to Moscow. Hence the strange predictions of Dr. Bretton-Gordon, who is confident in the coming nuclear strike on Moscow, and the tendentious headlines on the BBC. According to its old bad habit, the West, as in the days of Afghanistan in the 1980-s, turns the forces of terrorists towards the "commies".

I must say, for such propaganda, London chose the most appropriate time: the militants are angry with effective Russian airstrikes.

Observed and commented on Oleg Chuvakin
- especially for topwar.ru
Ctrl Enter
Noticed a mistake Highlight text and press. Ctrl + Enter
We are
Situational analysis of the death of the MH17 flight (Malaysian Boeing 777), made on the basis of engineering analysis from 15.08.2014Syria: Americans scare themselves, and Asma Asad buys chairs
40 comments
Information
Dear reader, to leave comments on the publication, you must to register.