October 27 2015
102
Main economic news of the week - another surge of discussions and disputes around Sergei Glazyev’s proposals, voiced during the meeting of the Stolypin Club (Business Russia expert platform). 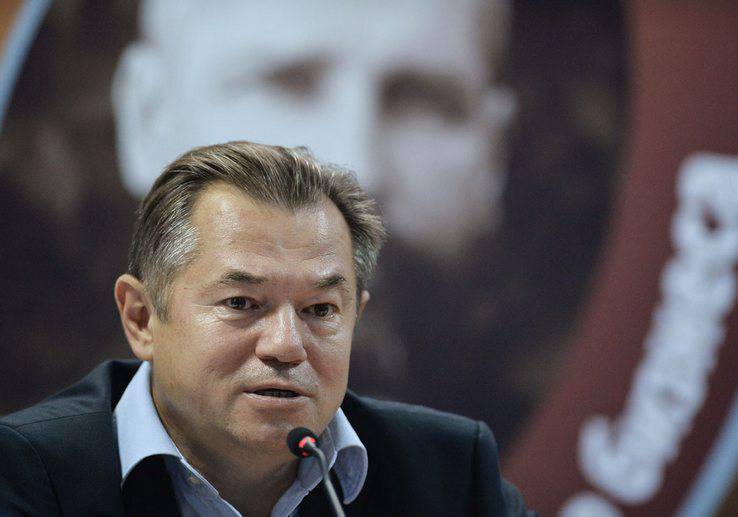 Let me remind you, not so long ago, the presidential aide suggested a number of measures that would allow the exhausted Russian economy to grow at a rate of 10% per year.

Among them is the introduction of partial currency control (which should reduce the huge outflow of capital from the country), a stimulating monetary policy (Glazyev proposes to print at least 1,5 trillion rubles a year for five years, in order to remove credit hunger from enterprises), finally, a number of steps to avoiding commodity dependence (tax breaks for small and medium businesses, raising export duties on raw materials, etc.).

The report was co-authored by the Presidential Commissioner for the Protection of the Rights of Entrepreneurs Boris Titov and the former Deputy Minister of Economic Development Andrei Klepach.

And this means that the ideas of Glazyev are increasingly conquering the minds of economic experts and it is already becoming more difficult to dismiss them, declaring Glazyev to be a freak of the economy. Although such attempts to brand the academic continue to be undertaken by the liberals. What do they impute to him "guilt"?

"Printing money will lead to a surge in inflation."

This, of course, is an amazing argument. And non-printing of money will not lead? What did we then see at the end of the past - the beginning of the current year?

The rapid rise in prices for imported goods, which have risen in price because of a sharp (two-fold) devaluation of the ruble. And who made this devaluation? Is it the Central Bank of Russia, which in December pointedly left the foreign exchange market, giving it to the plundering of speculators?

In addition, we should not forget that in Russia inflation is non-monetary in nature. The rise in prices correlates with the money supply, God forbid, by a third, the rest - the tariffs of natural monopolies, which are already controlled by the state (judging by the Glazyev report, it can do better).

In science there is such a thing - the monetization of the economy. This is the amount of money in the system by which the population and the enterprises pay each other. How much money relative to GDP should be in the economy (the rate of turnover of funds still plays a role) - there is no single answer. However, you can see the average of the world.

So, on average in the world, the monetization ratio is 125%. There is not a single developed country where the ratio of money to GDP would be less than 90%. In China - 195%. In Japan and the Netherlands - almost 250%.

In the USA and Sweden - slightly less than 100%. In Russia ... 47%, that is, two times lower than it should be. This is the level of Paraguay, Papua New Guinea and the Republic of Niger. Glazyev proposes to get away from the level of African countries by printing “tied” money on the security of project or mortgage bonds.

This issue will not go to the consumer market and will not cause price increases, but will be a significant help to the dying Russian industry, will make life easier for millions of Russian citizens who are forced to buy housing under the usurious percentage.

"Measures for currency control will not work and will lead to further devaluation of the ruble, the emergence of a black market."

First, let's see what Glazyev offers. He believes that the foreign exchange market requires restrictions: for companies that do not conduct export-import operations - a tax on the purchase of foreign currency, for banks - a hard limit on the currency position.

I can note that the unwritten limit already exists. I know for sure that in November-December last year, officials from the Central Bank and so called representatives of the largest banks "on the carpet" and reprimanded them for unjustified currency position (read for speculation).

Glazyev simply suggests to formalize the existing practice. The tax on speculative operations (the so-called “Tobin” tax) was successfully tested not only in Belarus, but also in such a large and economically developed country as Brazil (in 2009 year).

Thus, all these measures are not strange exotic, as some opponents of Glazyev are trying to present to us.

As for the population, the presidential aide does not propose to prohibit the purchase of currency at all (which would really lead to the appearance of a black market). He says that it is worth withdrawing foreign currency deposits from the deposit insurance system. The protection of deposits denominated in national currency is a generally accepted global approach.

For example, our neighbor Japan compensates people only for the contributions that were made in the yen. No insurance deposits in euros, dollars in the country of the Rising Sun does not exist. Why something like this can not be done in Russia?

It is important to understand that it will be difficult to defeat capital outflows without winning corruption. One can argue that the very possibility of freely withdrawing money from the country also breeds corruption, but the fact remains that there are no simple decisions in the field of currency control.

It is reasonable to give an analogy with alcohol. It is possible, of course, for the health of the nation to introduce prohibition, but to defeat drunkenness by simple prohibitions will not work. People will start drinking surrogates, driving moonshine, smugglers will appear.

Another thing is to gradually tighten control over this area, impose restrictions on the timing of the sale of alcohol, the age from which alcohol is available, etc. This method works.

The same is true in the monetary sphere: prohibit enterprises and banks from speculating on the currency - they will find schemes on how to do this by-passing. But the same tax "Tobin" can reduce the attractiveness of these speculations.

The reform of the deposit insurance system will reduce the popularity of foreign currency in the country and restore confidence in the ruble.

All that Glazyev offers is the recovery of the nation, only in the financial and monetary sphere.

We are in Yandex Zen
Way out of chaos
Will the resignation of Kudrin lead to the rejection of the regime of "currency committee"?
102 comments
Information
Dear reader, to leave comments on the publication, you must to register.