Tricky comments. What do you tell about Russian problems, Mr. Poroshenko? 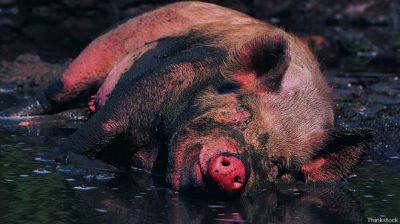 Here news - All news news. President of Ukraine Petro Poroshenko signed a decree "On the Center for the Study of Problems of the Russian Federation." Not problems associated with Russia, namely the problems of Russia.


Of course, I would just like to ask a question like “What, are there not enough problems of my own?”, But that would be very simple. And if we are in one degree or another viewers in this theater of the absurd, then we will follow the rules adopted in the theater.

Of course, the creation of such a center in a normal person will not cause anything except homeric laughter. But, having laughed in abundance, let us nevertheless reasonably approach this issue. And think about who and why took this action.

The center is formed as part of the National Institute for Strategic Studies as an independent structural unit in order to systematically analyze problematic issues in relations with the Russian Federation, to develop proposals for ensuring the national interests of Ukraine.

Independent structural unit! Oh how! That is a lot of people who will receive salaries (and probably rather big ones) and work. Well, the creation of new jobs in a country where the economy is not very good is a good thing. The only question is expediency and usefulness. But look further.

System analysis and development of proposals - it sounds weighty. However, I would like more detail from this place. Commenting on the creation of the Center, the Deputy Head of the Presidential Administration Konstantin Yeliseyev noted that the main objective of the Center’s activities will be scientific and analytical research and applied research on current problems of interaction with the Russian Federation.

Not a bad idea. What is true, and where are going to put the scientific and analytical developers, it is not clear. But the fact that there are problems with the interaction of Ukraine with Russia is indisputable. Only for some reason, the problems mainly come from Ukraine. Apparently, you need to get to the truth from a scientific point of view.

Mr. Yeliseyev was so kind that he explained what problems the institute would consider in the first place.

"Russia's military aggression against Ukraine, in particular the annexation of the Crimea and the hybrid war in the Donbas, disturbing internal processes within Russian society, recent Russian actions in the international arena, which cause deep concern to the entire civilized world, prospects and forecasts for Russia's economic development, ways to promote democratic trends in the country, ensuring the interests of Ukrainians in Russia - all these issues require careful professional analysis and will be the focus of the Center’s activities of the Russian Federation "problems.

All clear? In my opinion, everything. Where it was written is clear from the text. Apparently, Kerry sent by e-mail. Together with the money from some secret fund to create an institution. But everything fell into place.

In principle, it was possible to begin and end with the first point - the military aggression of Russia against Ukraine. Because the institute forces cannot solve this problem unequivocally. Something like Fermat's theorem: there are special cases (like a leaky piece from the bus), but there is no proof. But over this problem, the proofs (of both the theorem and the aggression of Russia) can be sat for years, eating the selected hryvnia, but there will be no sense.

But what is of interest is the “disturbing internal processes within Russian society”.

I wonder what this is about? About Putin's rating? Or that the whole idea of ​​sanctions turned into a global scale? Or worried about the lack of crowds on the Maidan of Russian cities that require a different path of development of Russia? So it seems that the Russians are satisfied with everything, and who are not satisfied, so, firstly, they are scanty few, and secondly, nobody has canceled the self-preservation instinct.

"The recent actions of the Russian Federation in the international arena, which cause deep concern of the entire civilized world."

And who is so concerned about us? The whole world? Probably not. Of course, if the whole world is the United States, the United Kingdom and the Balts, then I agree. But the fact is that the whole world is a somewhat broader concept than the map of Ukraine. And in that, the real world, not everyone wants to cheerfully chew cookies and ride to the bandura. Or banjo.

"Ways to promote democratic trends in the country."

It is very difficult to realize and understand. Indeed, one must be an employee of such an institution. Analytical and applied. And analytically, "attach it to the nose," in accordance with Russian proverb, to at least understand something.

This import Maidan, or what? So it seemed to have tried, it turned out that "ne Treba". Or waste heaps under Dnepropetrovsk for dissidents have already ended, and need a new space? Absolutely incomprehensible.

There is an opinion that all this mess is nothing but the legalization of the “Censor”, nothing more. To sit, you know, and dealt with their business legally. Nothing more comes to mind. And those censors, they are all aware of our problems. And through one they know how to solve them. Something like that...

There are no problems in Russia that Ukraine can solve. Well, except for the implementation of the Minsk agreements and timely payment for energy. All the rest, alas, is not solved, at least ten institutions are created. Everything else we are able to decide for yourself. Without help from there. We were already reminded at the end of the last century. Thank.

Another question is that someone learns from the mistakes of others, and someone on their own. But it turns out that there are those who do not want to learn at all. Well, success in analyzing our problems. If you do something sensible, we will be grateful. We Russians are like that. Thanks to say we can.

But generally, at first they would solve their own problems, honestly, it would be wiser and more benefits.

Ctrl Enter
Noticed a mistake Highlight text and press. Ctrl + Enter
We are
Tricky comments. Again the old American record!Situational analysis of the death of the MH17 flight (Malaysian Boeing 777), made on the basis of engineering analysis from 15.08.2014
121 comment
Information
Dear reader, to leave comments on the publication, you must to register.