October 26 2015
10
On Sunday, in the Iraqi province of Anbar there were two terrorist attacks that were committed by suicide bombers, reports RIA "News" with reference to the Xinhua News Agency. As a result, at least 25 soldiers were killed, and 34 were injured. 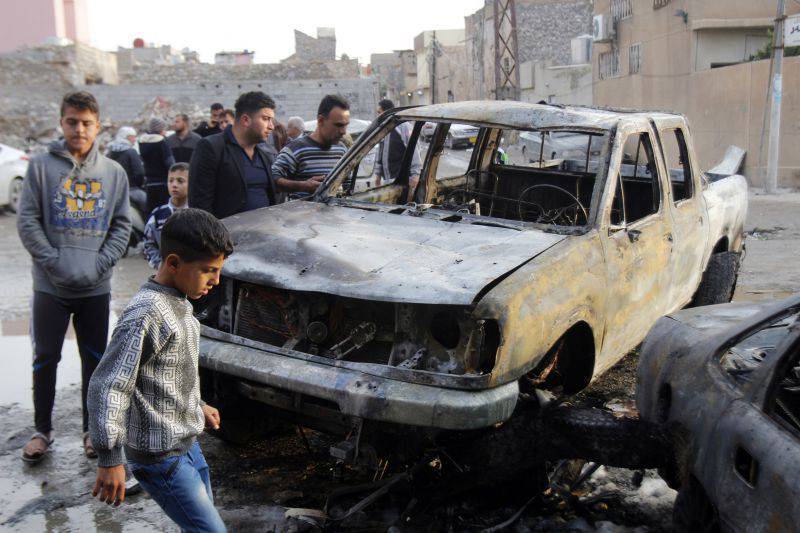 The first terrorist attack occurred at a military base after a military truck driven by a suicide bomber drove into its territory. The explosion killed 15 people, still 27 were injured.

The second attack occurred in the village of Albu-Aziz, where a mined car also entered the territory of another military base. 10 soldiers were killed there, 7 were injured.

The tense situation in Iraq will remain in connection with the activation of the radical group "Islamic State", which managed to seize vast territories. The victims of militant attacks most often become civilians.

Ctrl Enter
Noticed a mistake Highlight text and press. Ctrl + Enter
We are
Nice terrorist attack: truck drove into a crowd of peopleTerrorist attack in Damascus: Assad’s son-in-law and two ministers killed in secret service building
10 comments
Information
Dear reader, to leave comments on the publication, you must to register.