The crews of "Terminators" have worked out practical bombing at the VBO test site.

October 26 2015
20
The crews of the Mi-8 AMTSH air base, located in the Khabarovsk Territory, conducted a training exercise with the development of practical bombing on the accumulation of armored vehicles and car columns of the "enemy", the press service Ministry of Defense of the Russian Federation. 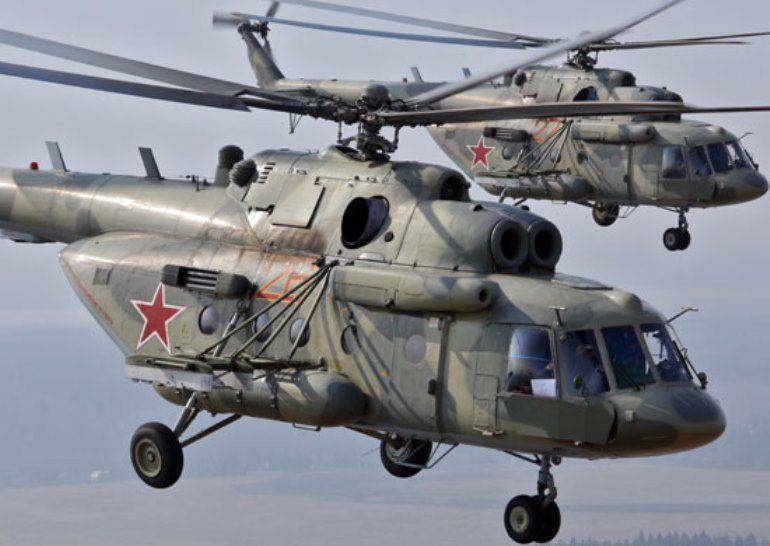 The exercise took place at one of the ranges of the Eastern District.

“The crews made more than thirty combat single combat missions with practical bombing. In addition to the accuracy of hitting the ground targets, much attention was paid to the development of anti-aircraft maneuvers that the pilots make after bombing the grouping of a conditional enemy in order to rule out a possible retaliatory strike. ”, Says the release.

It is noted that “the training was planned and aimed at improving the flight skills of the army crews aviation Eastern Military District in the performance of combat training missions. "

Ctrl Enter
Noticed a mistake Highlight text and press. Ctrl + Enter
We are
Su-30CM / 35С fighters conducted an exercise in the Khabarovsk TerritoryThe action “Military service under the contract is your choice!” In Rostov-on-Don: future contract servicemen, exhibitions and “Russian Knights”
20 comments
Information
Dear reader, to leave comments on the publication, you must to register.