October 29 2015
32
At one time, the great Russian historian Klyuchevsky said that “we all came out of the rye field”, that is, he stressed the dependence of the culture of the nation on natural conditions. Accordingly, the Japanese came out of rice, the Americans - from corn, and the French - from the vineyard! Accordingly, the equipment depends on this (the Negroes with their bananas, which equipment is needed?), And technology, and methods of warfare. 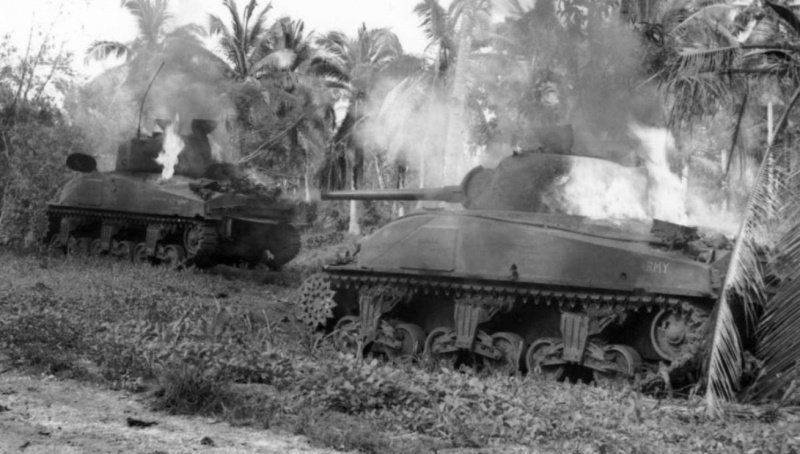 So in the years of the Second World War, this was manifested very clearly. So, the Americans and the British in their tanks tried to provide their tankmen with convenience and comfort. For example, our tankers who fought on the British Matilda tanks were amazed that the armor of the tank was covered with spongy rubber from the inside. It was simply impossible to hit his head, that's why the British went in the same berets. We had a different approach: “What comfort? War! ”And so the tankers wore a helmet, but how else. Moreover, if it were otherwise, then the very same British and American tankers would have considered their tanks unequivocally bad, and ours simply “would not understand humor,” since they were initially accustomed to “amenities on the street.” But for Western cars this level of comfort was quite expected, and was perceived as something natural.

It is not surprising, therefore, that the Japanese tanks were just as primitive, although they were plastered with asbestos inside. Because of the heat. That is, it was a purely pragmatic campaign, but no more. Plus, a very low level of technology development. That is why, when the Japanese had to face the Anglo-American tanks face to face, they had to show a lot of ingenuity in order to cause them at least some damage in their constrained circumstances. Some of their decisions were original, others were just fun, but it was. Recently, the Japanese magazine “Armor Modeling” wrote about how the Japanese fought American tanks and, by God, it’s worth reading! 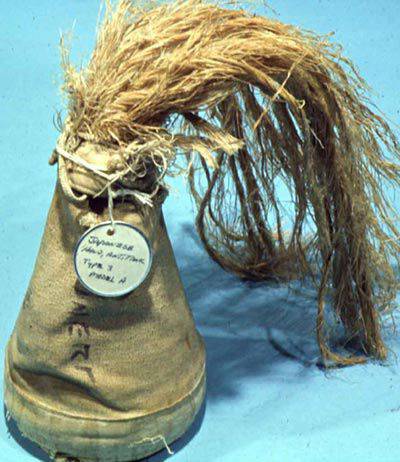 On traditional means of struggle, which turned out to be, however, ineffective it was already discussed - in the material “In the desert and in the jungle: Anglo-American tanks in battles and ... in the debate (part two).” Well, that's what the Japanese themselves write about what Japanese infantry used to attack American and Australian tanks.

So, to fight the tanks they had a rifle grenade caliber 40 mm, fired with a wall-mounted grenade launcher and with armor penetration 50 mm. Following the model of the German Faustpron, a RPG was created (45 mm barrel caliber, 80 mm grenade caliber) with a firing range of 30 m, capable of penetrating 100 mm armor with its grenade. Again, following the model of the German “Panzershrek”, he made a “legless” grenade launcher, caliber 70-mm and hit the 200 m. He had less penetration resistance - 80 mm. It would seem great weapon, is not it? But the fact is that all these samples appeared at the very end of the war and they simply did not have enough. 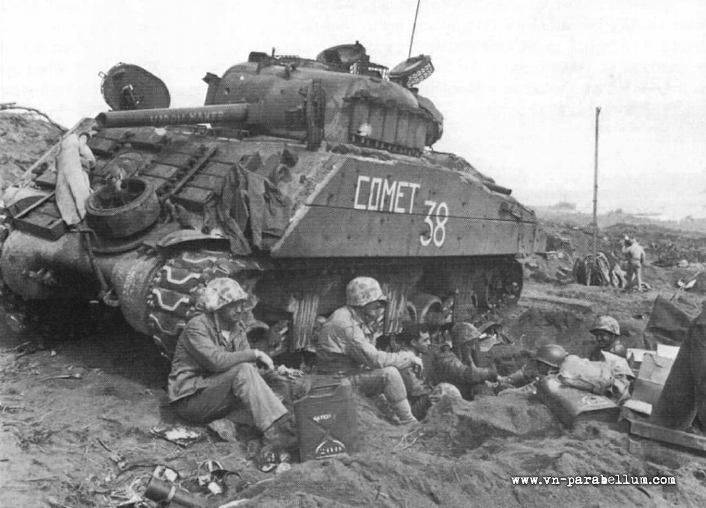 Tank "Comet" with an additional reservation of the boards.

That is why other means of struggle were used much more often ... First of all, mines! Standard Japanese anti-tank mines, too, were, like everyone. Push action. Weight 1,4 kg and 3 kg, which had a charge of explosives, respectively 900 g and 2 kg. There was a mine in a wooden case - a cubic form. Weight 3 kg, charge 2 kg. But as you can see, their power was insufficient. Therefore, the Japanese between the two boards-croaks inserted four such mines, tied it all up with ropes and buried them on the way from American tanks. That was something already! An extended charge with a weight of 4,7 kg and with a charge of 3 kg was applied on the roads, but it turned out to be ineffective. Do you know why? Because it was necessary to use it like this: tie a hand grenade to it, run out of the bushes in front of the tank and throw “it” right under the tracks! 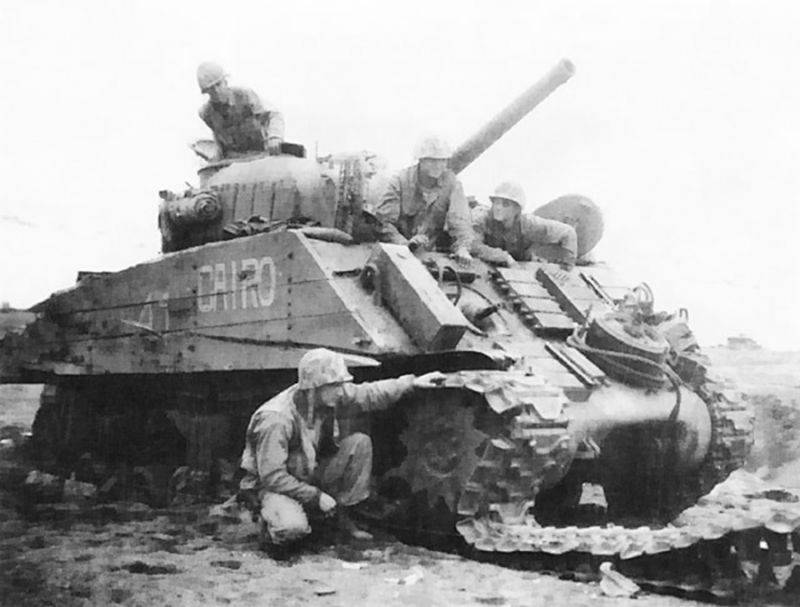 There were also two land mines: in a wooden case and a canvas. 4-5 and 7-10 kg of explosives. They were undermined with the help of an electric igniter with all the ensuing consequences. Therefore, it was recommended to take two such land mines, fasten on the chest and on the back and ... rush with them under the enemy tank! The warranty for the bottom of the machine (10-20 kg of explosives!) Was absolute!

In the Soviet war films, our soldiers constantly throw grenades into German tanks. Not always the ones that should have been, but this does not change the essence of the matter - it was so. The British - they even created a special “sticky bomb” No. XXUMX (ST), which had to be removed from a special container and, holding the handle, put into action and thrown into a German tank. Grenade stuck to the body and after 74 seconds. exploded. Naturally, grabbing her hands was impossible!

Sherman with additional bookings from the tracks.

The Japanese also had grenades, and the simplest ones that they could think of. With corrugated body and with a smooth. Weighing 300-450 g and explosive charge 62-57 g. A fuse was pulled out of the fuse, they were hit on the rifle butt and threw a grenade at the target. Such grenades could not harm the tank in principle. A more powerful grenade had a weight of 600 g, but even it was not very effective. Incendiary bottles with a grater ignition were also used - wherever without them, but they also did not play a special role. It hurts in the jungle damp and often it rains.

True, the Japanese invented the original cumulative anti-tank grenade. With metal case and ... burlap case. Why waste metal on it? After all, the main thing - a cumulative funnel, lined with copper! The grenade weighed 853 g and carried a charge of 690 explosives in it. It pierced Armor with a thickness of 70 mm and this, perhaps, was the most effective Japanese anti-tank weapon. 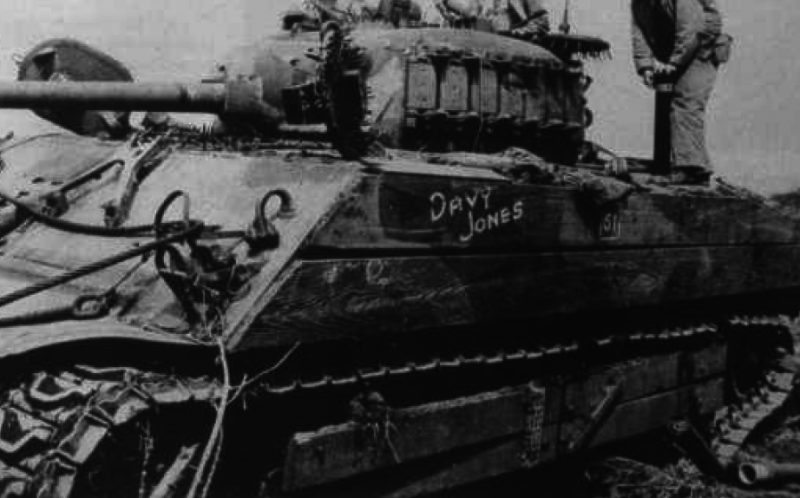 Finally, there was also a magnetic mine weighing 1,2 kg. With her, you had to get close to the tank, put it on board, "pull the rope" and run back into the undergrowth. Here is a war, but what to do?

However, this is no better than the recommendations to the German soldiers: run up to the Soviet tank from behind and throw a canister of gasoline and a grenade attached to it to its overmotor part! Or run up, put an anti-tank mine on the caterpillar. Then, they say, it is sure that it will touch the fuse shield with a fuse and explode! And you could sit in a hole and pull a board with five anti-tank mines tied to it across the movement of Soviet tanks. Not one, so another will drive!

Well, the most original of what came up with the Japanese. Since in the jungle (and along the roads in them) the tanks were going slowly, it was recommended to get on the tank (!) And close the viewing devices of the driver and machine-gunner with a tarpaulin, and when they open the hatches - shoot at close range! And, finally, the most amazing. It was necessary to get on the tank with a pickaxe and ... yes, that's right - with its help, break viewing devices on it!

In addition, there was another way to destroy enemy vehicles. Sitting again in the bushes along the road along which the tanks were going, with the help of a long bamboo pole, put a magnetic cumulative mine on the hatches of the tank — either tower or driver. Then again, "pull the rope" and run! Armor hatch was thinner and could not stand the explosion. So it was guaranteed to kill one crew member and contusion all the rest! In addition, the same mines with a pole were placed on the hull between the tracks - the most vulnerable spot!

The Americans, hitting the jungles of the islands of the Pacific and Burma and faced with all this "horror", hastily began to look for opposition to such exotic means of warfare.

We started with the fact that the sides of the tanks (and the frontal armor plate) were sewn with boards against magnetic mines. They began to wind a spare track on the tower that had rubber plates between the teeth. The supermotor part of the tank began to be reserved by cardboard and wooden boxes from under food rations and ammunition. And since it interfered with the normal cooling of the engine, they were not placed directly on the ventilation grill, but on wooden slats, which left room for air to pass through. 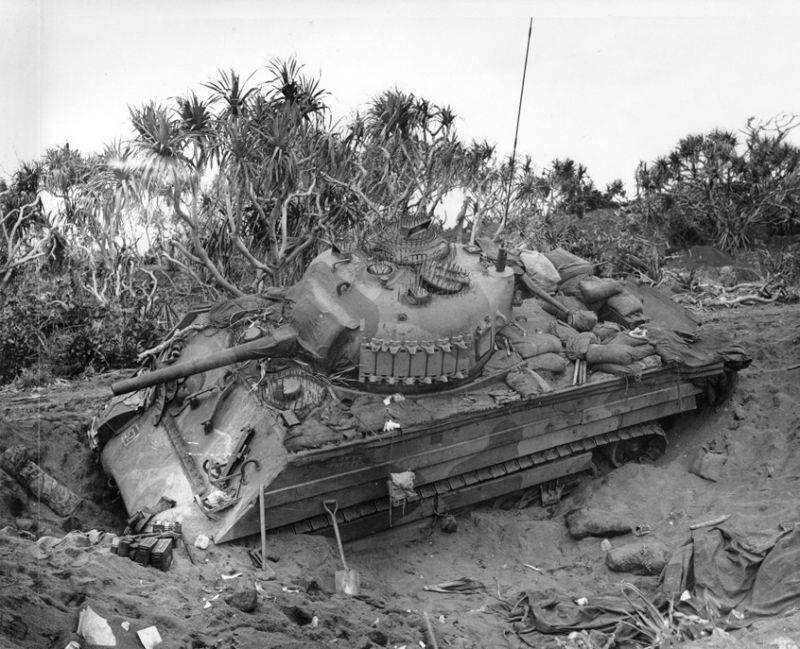 All in the thorns - hatches, periscopes, fan ...

Well, so that with the help of a fishing rod it was impossible to put a mine on the hatches, they began to weld on them trimming rebar, sticking vertically upwards and in addition wrapped with wire. Now, even if a mine was put on all “this”, it was at a distance from the hatch, and besides, it was impossible to put it directly. The explosion did not occur at the optimal distance from the armor, besides, the cumulative jet struck the armor tangentially. The “witch bite” remained on it, but it was no longer possible to penetrate the armor!

The Japanese began to respond to these "tricks". They invented, again, a cumulative grenade not to be hung on a “fishing rod”, but mounted on a long bamboo pole, like a spear's tip. And in addition to supply it with three sharp thorns. Again, sitting in the thickets on the road, it was necessary to forcefully hit mine in the side of the tank. In this case, the thorns pierced the tree, the bamboo rod fuse broke, the capsule punctured and ... after five seconds, an explosion followed. It was easy to do this, because the Americans, in order not to overload the tanks with excess weight, sheathed them with balsa boards. And the balsa is light, but soft and it didn't cost anything to stick a studded mine into it.

The Americans reacted instantly! The balsa was replaced with an iron tree and now the poor Japanese didn’t beat them on the board, but they couldn’t attach the mine, and it still happened, and it exploded. So, fantasy and "improvised means" in that war did not help the Japanese!