The united army of Europe: myth or reality? 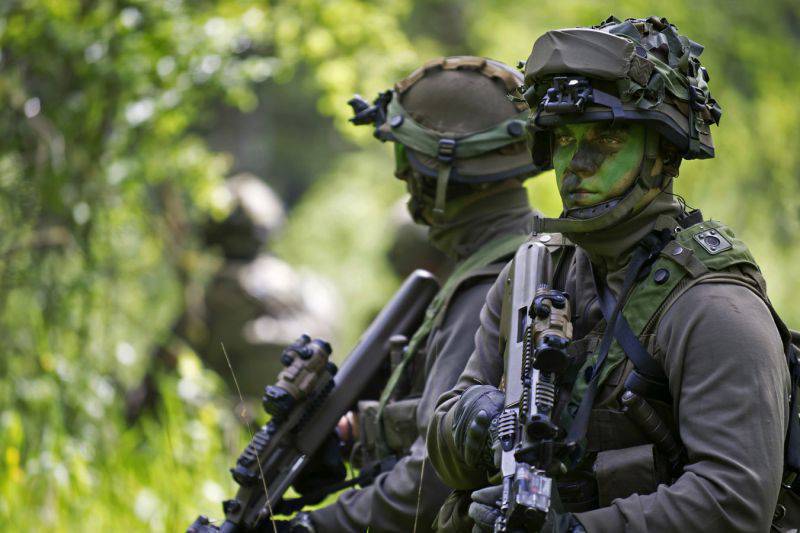 It seemed that five or ten years ago everything was clear: NATO, with the support of the USA, is good, the rest of the world is bad. However, everything in this world is changing. The current crisis in the territory of Ukraine and military operations in the south-east of the country have already openly made it clear to all of Europe that if you throw cans of kerosene into a blazing fire, the arsonist can also catch fire.

Only the lazy is not talking about the role of the United States in the Ukrainian crisis: some people recall help in preparing a coup, during which, according to various estimates, people died from 500 to 2,500, while others emphasize the participation of the US military in the territory of the Lviv region of Ukraine, in the midst of a fratricidal war.

Among the diversity of opinions, there is one more thing: the influence of the US armed forces on the overall military spirit of the armies of NATO countries.

The interlocutor of voenpolit.su Igor Felshman, now serving in the ranks of the Norwegian Armed Forces, shares a curious opinion as to whether the US forces are necessary for Europe: “I think not. But this is the opinion of a simple officer, not a cabinet general. that the USA had left Europe, the NATO forces would have begun to tremble like a poodle in the arms of a pomaged blonde. Fear of Russia remained, despite the fact that Russian boots did not trample Europe on 70 years. " - said in an interview with voenpolit.su officer.

The US military presence in Europe is a certain irritant, an indicator of absolute power. It is the presence of US forces in the territory of the same Germany that allows the German leadership to maintain a confident course in foreign policy and not to tremble before such mastodons of global confrontation as Russia. However, if the US forces stationed in Germany go home to drink soda, and all other bases are closed or transferred to the EU balance, then Europe will have a rather unpleasant scenario.

The first thing that the advanced army of a united Europe will have to face is the supply and logistics of its advanced troops. US military facilities located on the territory of the EU - this is why they exist on the balance sheet of the US Department of Defense. However, their transfer to the EU will “burden” the expenditure part of the budget of the Old World by about 4 billion dollars a year. Not a very bright prospect, given the current state of affairs in the EU, when even advanced economies like Germany have to tighten their belts.

Problem number 2 for the united army of Europe is arming. Here, if we don’t go into smaller details, there is one big problem: Europe currently has no weapons capable of long and effectively resisting the operational forces of the Russian Federation. And although the statements by the NATO Secretary General that any military power is not directed against Russia, everyone has long understood that this is a frank lie.

So why does Europe need a united army? One small comparison would be appropriate here. Europe is a balding old man, about 60 years old, who is still trying to run after women and convince himself that he can. With Europe, about the same: united forces are needed by the EU not to confront someone in an open war, but to simply show that they are. Another important point here is ordinary psychology - the ordinary European people, tired of constant US intervention in their affairs, are eager to throw off any shackles of the imperialists. The future French presidential candidate, Marine Le Pen, is openly talking about such plans. She calls on the country to withdraw from NATO and begin to behave as an independent and proud state.

Finally, the third problem of the united army of Europe will be the lack of trained and experienced personnel. To understand who is who in the army of Europe, voenpolit.su contacted an expert in the field of geopolitics and a lecturer in the world department stories MSU Andrei Nesterov: "It is necessary to recognize that the EU army will have a good number. Without Americans and Canadians, this is about 3 a million people, maybe a little less. of talented people broke down or simply refused to participate in hostilities. One cannot speak unequivocally about the moral character of a future army, if it does appear, because no matter how strange it may sound, everyone remembers how the campaign of the united Euro ended Py in 1941 year. "- The expert said.

Summing up the unpleasant facts, one simple thing can be traced: Europe needs its own army so that it again feels like an independent state entity. The longstanding US military expansion made the EU leadership think about the fact that all the crises in and around Europe are created not in the common interest, but in order to get one-sided benefits. And the recipient of this benefit is the USA. It is with the creation of a unified army, which will not be formed under the auspices of NATO, according to the ideas of European ideologists that the “liberation” of Europe and the new formation of the Old World will begin.

We are in Yandex Zen
Commentary on A. Petrov's interview “Fire and Tactics in the Russian Army: Another Look”
The world we leave, the world we enter, and the world between them
20 comments
Information
Dear reader, to leave comments on the publication, you must to register.