The leadership of the Free Syrian Army asks Moscow to negotiate

October 26 2015
72
The Free Syrian Army (SSA) has suggested that Moscow urgently hold talks on cooperation in resolving the conflict in Syria, reports Look with reference to one of the founders of the PAS, the coordinator of the National Rescue Group, Fahd al-Masri. 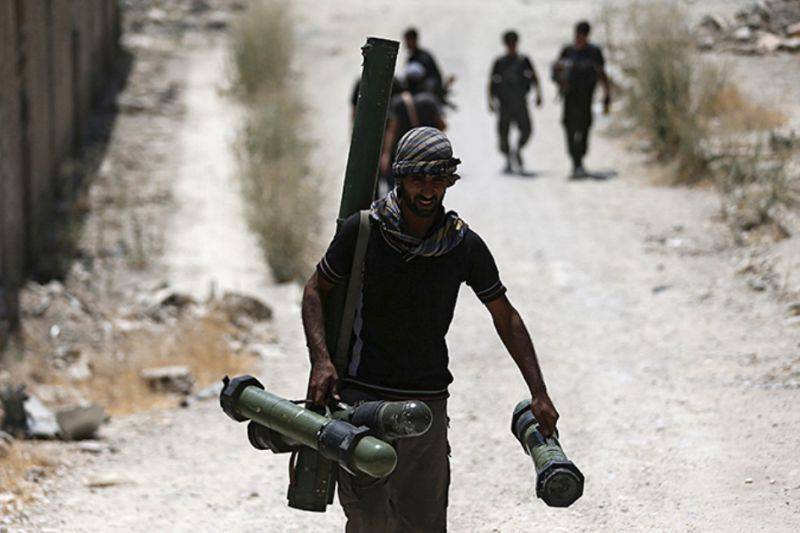 “As I said after the meeting with Mr. Bogdanov (Deputy Foreign Minister of Russia) in Paris, the Free Syrian Army is ready for dialogue with Russia. We need to arrange a new meeting so that we can present our position and discuss our joint actions ... A common decision on how Russia can provide the Free Syrian Army we can work out during the negotiations, ”said the opposition representative.

He announced his readiness to send a representative delegation to the meeting.

“We offered to hold a meeting in Egypt, in Cairo, but did not receive any response. We did not offer specific dates, but declared our readiness to meet. And I think that it is in the interests of both Russia and the Free Syrian Army and the Syrian people to hold this meeting as soon as possible, ”stressed Al-Marcy.

He expressed the hope that as a result of negotiations, the Russian Space Forces would stop striking Syria.

Earlier, another representative of the SSA, Al-Saud, declared that Moscow’s proposal to unite efforts to combat ISIS was unacceptable, since the Russian authorities support the Assad regime.

We are in Yandex Zen
Competitions FSKN Rossi tactical shooting - 2014 year
72 comments
Information
Dear reader, to leave comments on the publication, you must to register.