October 25 2015
47
The VKS RF strikes the IG objects simultaneously in different regions of Syria, thereby constricting the actions of the gangs, reports RIA News the message of the representative of the Ministry of Defense Igor Konashenkov. 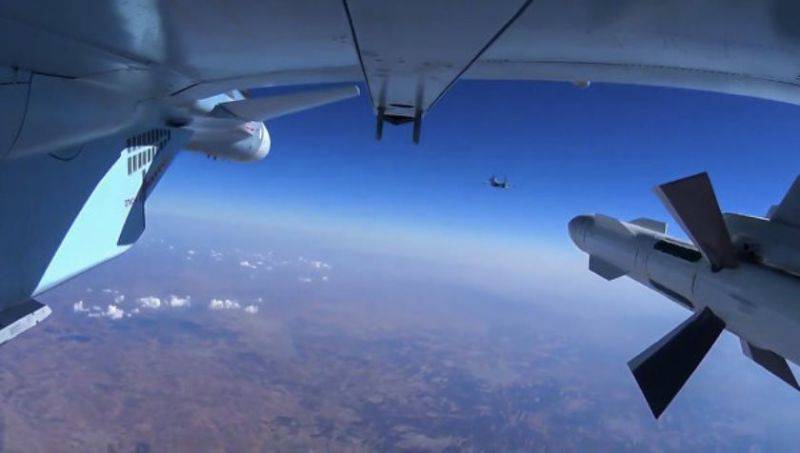 “The main task is to constrain the actions of terrorist groups in Syria. Therefore, strikes are usually carried out simultaneously in various areas in Syria, ”informed Konashenkov.

According to him, "the priority in selecting targets for strikes is given to the command centers of terrorists, bunkers, warehouses with ammunition and explosives."

The general stressed that the air strikes on the objects are applied only if their affiliation to the "Islamic state" is reliably confirmed.

Thanks to support aviation the Syrian army launched offensive operations and is pushing the bandits on the ground.

Yesterday, it was reported that the Syrian military had succeeded in destroying, under Aleppo, the leader of the Djabhat al-Nusra terrorist formation Abu al-Masri. He was killed during the battle in the area of ​​n. Tal al-Karsani.

The Jabhat al-Nusrah group is one of the al-Qaida units in Syria.

Ctrl Enter
Noticed a mistake Highlight text and press. Ctrl + Enter
We are
ARMY-2016. Cluster VCS. Part of 2. Space is space!Reports from Strelkov Igor Ivanovich 29-30 July 2014 of the year
47 comments
Information
Dear reader, to leave comments on the publication, you must to register.