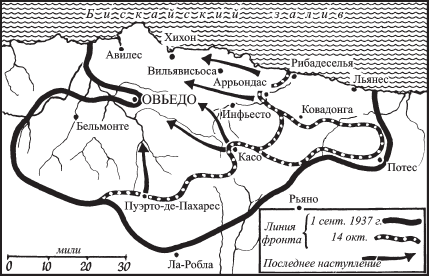 Oviedo Defense is one of the brightest pages in stories The Spanish Civil War, which is on a par with the heroic defense of the Spanish nationalists of the fortress of Alcazar in Toledo. The siege of the city by Republicans lasted from 19 July 1936 to mid-October 1937.

When the 18 July 1936 broke out throughout Spain a rebellion by the Spanish nationalists against the republican power of President Asana and his pro-Marxist government, Oviedo was not considered by the rebels as a likely place for successful developments. The city was the center of the mining workers' movement in the province of Asturias, in which the Asturian Soviet Republic was proclaimed in October 1934, which lasted for almost a month.

However, the provincial military governor, Colonel Antonio Aranda, assured the local miners of loyalty to the Asanya garrison and the “Popular Front”. When negotiating with the workers' commanders, Aranda called himself "the sword of the Republic." He encouraged them to march through Leon and Castile to help Madrid, from where they asked for help. The colonel even supplied the miners with several hundred rifles, ammunition and three machine guns.

Immediately after the departure of the miners' militia to the south, Aranda revolted and immediately captured the city with his weapons factory. The miners, who managed to occupy Leon and invade from the north into Old Castile, turned back to Asturias and besieged Oviedo.

Republicans did not rush to storm Oviedo, since a significant part of their militia was involved in suppressing the uprising of the nationalists in the coastal city of Gijon. There, in the barracks of the city, a small garrison (200 man), led by Colonel Penillia, held the defense. Only 16 August the barracks were taken by the Republicans, and the garrison was completely destroyed.

Now the Republicans were finally able to concentrate on Oviedo. From the very first day of the siege, the Republicans turned off the water supply of the city .. Defenders and residents of the city had to use unpurified water from the city reservoir with a standardized distribution.

On September 4, the assault on Oviedo began. Republican aviation dropped 1500 bombs on the city, and artillery fired at nearby residential neighborhoods. The whole city was shrouded in black smoke of fires. Almost a thousand civilians died from bombs and shells. Four days later, under the cover of armored steam rinks, the Republicans launched an attack on the northern part of the city, however, the nationalists, putting anti-aircraft guns directly on sandbags, knocked out two rinks and threw the enemy back.

The continuous shelling of the city claimed the lives of many of its inhabitants, and the lack of untreated water caused an epidemic of typhus, but this terror and disaster only rallied the population of the city and its defenders. Many residents, who at first sympathized with the Popular Front and the Republic, began to actively help Oviedo’s defenders, since many of their family members were killed or injured by explosives of the attackers.

A positive role in this rallying was played by the factor that, unlike the Republicans, especially anarchists and communists, nationalists in Oviedo in retaliation for the sacrifices made by defenders and civilians were not executed by any of the political prisoners in their hands. This was probably the only case in Spain on both sides for the entire war.

On October 4, on the day before the second anniversary of the start of the Asturian Revolution in 1934, the Republicans, having received additional reinforcement in manpower and equipment, launched a decisive offensive.

Nationalists have lost some of the heights around the city. Then the battle moved to the nearest city blocks and streets. The fight raged throughout the week. One by one, the nationalists left their positions and retreated to the center of the city. The ring around the defenders inexorably squeezed. They have exhausted all their ammunition, and 3000 is left out of the 600 man.
October 8, when the defenders of the city were left almost without ammunition, nationalist pilots managed to drop 30000 cartridges from a low altitude. 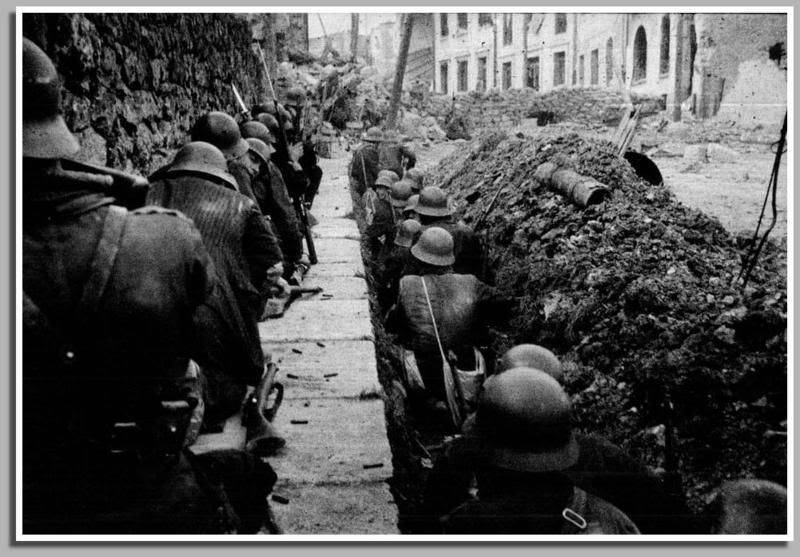 By 10 October, Aranda had only 500 fighters left, and he pulled them into the city center for the final battle .. By this time, the Republicans had captured almost all the important objects of the city, including the last power station, but Aranda called on the defenders by radio and the inhabitants of the city fight, like the Spaniards, to the end. He sent a message to the auxiliary convoy of nationalists rushing to the aid of Galicia, in which he said that his remaining troops were almost without ammunition, but they would fight to the last.

Republican militiamen, suffering huge losses (since the beginning of the assault on 5000 people), were slowly moving towards the center of the city. Every house in which the nationalists held their defenses, who did not want to surrender, they were undermined by dynamite, and only then moved on. When the republicans were to capture the last quarter of the city center, where the central cathedral was towering, troops of the nationalist column from Galicia broke into Oviedo.

The nationalists broke through a narrow corridor into the city and held it until the complete fall of the Republican North of Spain a year later. Republicans left the city and retreated to the positions they occupied at the beginning of the siege. Oviedo was no longer in danger. Colonel Antonio Aranda received the rank of general and took part in the battles of Teruel and in Aragon.
After the end of the Spanish Civil War, cities that endured a long siege — Avila, Belchite, Oviedo, Saragossa, Segovia, Teruel, Toledo — were given the status of hero cities.

Ctrl Enter
Noticed oshЫbku Highlight text and press. Ctrl + Enter
We are
The siege of Famagusta and the skin ... Mark Antonio BragadinBuenaventura Durruti. The commander of the legendary "Columns", the hero of the Spanish civil war
Military Reviewin Yandex News
Military Reviewin Google News
26 comments
Information
Dear reader, to leave comments on the publication, you must to register.