The penultimate day of coach Aleshin

October 29 2015
18
My close friend, photographer Alexander Nikolaevich was in the regional hospital. I was going to visit him and called to ask for permission. 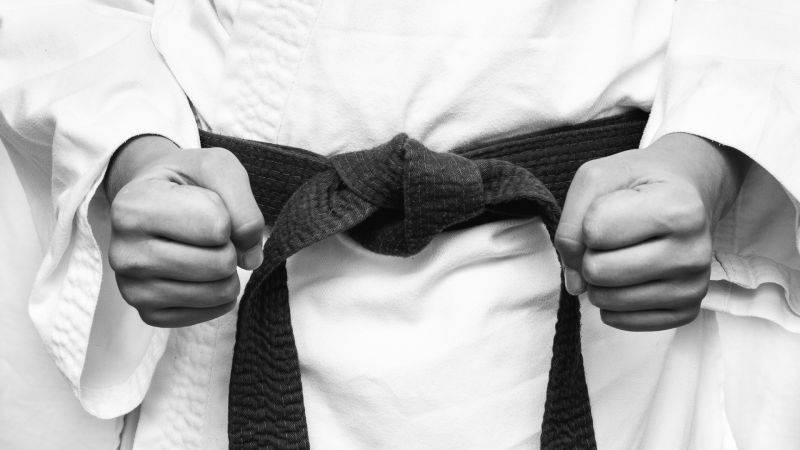 - Do not tell me that you are going to see me, otherwise the doctors will not let in, - answered Alexander Nikolayevich. - Nikolay Sergeevich Aleshin is lying with me in the ward; today he will be discharged. Say that you come to him - and pass unhindered. At the same time and meet. He is an interesting, very experienced karate coach, gathered a team of boys in Zadonsk and prepares them for military service. What is interesting, besides the main group, he has a so-called special. It takes, basically, those guys who grow up without fathers, in single-parent families. He works with them for free. He says, who else will prepare boys for the service? In general, come.

Honestly, I have never been able to deceive the medical staff. But I really wanted to visit my friend. And to get acquainted with the teacher, who, according to Alexander Nikolayevich, has already put so many guys “on the wing”.

The watch on the first floor I passed safely. And, already anticipating how with laughter I would tell my friends about my adventure, I put on a white dressing gown and a hat issued to me and put on shoe covers. The look was pretty funny: the hat, apparently, had belonged to the Little Boy, and the bathrobe, at least, to Uncle Styopa. Shoe covers are standard.

... Second floor, a long light corridor. According to my calculations, the chamber I need is the furthest. Every minute, adjusting the cap and tangling in a bathrobe, I timidly wandered past the staffroom.
- Girl! - suddenly sounded a strict voice. - Who are you to?
"Gotcha!" - flashed through my head. I have already imagined how now they will drive me out in disgrace. After all, I don’t even know this Aleshin, and I know nothing about him except his name and profession.
I entered the doctor's office. In front of me sat a thin old woman in big glasses.
- You to whom?
“To Alyoshin,” I said as firmly as possible.
- Who do you come to the patient? She asked sternly.
- Familiar. He is being discharged today, we need to talk about the things necessary for discharge.
- Do you know that Alyoshin is left to live one day, maybe two?

The doctor said these words quietly and somehow very simply. But suddenly a heavy icy stone appeared in my soul. My former humor seemed silly, the comedy instantly turned into tragedy. I went into the ward, hiding behind, like a shield, a man, not knowing anything about him. And now I know a huge terrible secret, one of the most important in the fate of each. A complete stranger, I will meet him on the last day of his life.

“Alyoshin has been here for three weeks now,” the doctor’s voice came again. - He has three adult children, a wife - we made inquiries. But none of them had ever called the hospital to find out about his state of health. What can you say about this? Are they so inhuman, why did they send you?
What could I say? I looked intently at the doctor’s eyes, more precisely, at her glasses, feeling that I was about to cry.
- Moreover, a girl. The residency often call students Aleshin. I understand both past and present. So he is a good man. You finally answer me, what kind of heartless?
“No, I won't answer,” I said. - I can not judge Aleshin’s family. - But I understood everything you said.
- Then go to him. He does not suspect anything and is very pleased with the discharge. We can no longer help him, his heart is completely worn out. And no one in the world Aleshin will not help. It is a miracle that he even lived to such an age, having survived three heart attacks.

The doctor suddenly seemed very tired. Wise gray eyes, which had seen a lot of human suffering and sorrow in their lifetime, looked at me from under my glasses.
I nodded silently and walked down the hall. Opened the door to the chamber.
- Sophia! - Alexander Nikolayevich's cheerful voice was distributed. - But Nikolay Sergeevich Aleshin. The coach I told you about.

In a hospital bed he sat a very middle-aged but cheerful person. The patient was given only breath in him: some kind of uneven and wheezing, as if he had just run a long distance.
- Are you a journalist? He said heartily. - You have an interesting profession. Every day something new. Would you like to talk about your own?

He began to talk enthusiastically. I recorded. And every minute I understood more clearly that in front of me was a man of surprisingly rich, generous soul. For more than thirty years of work, Aleshin has learned more than five hundred boys, not sparing for them his strength, time, kindness, wisdom. Yes, he led the karate section at Zadonsk school. And yes, indeed, I gathered in my area, if not in the whole city, boys from incomplete families to prepare them for military service. Aleshin has a rule: in the first classes about the army do not say anything at all. First, look at what this or that little boy does. And find out for himself why he came to the section. The statistics here were sad: the absolute majority of the guys came to Alyoshin to learn the “prömchikas” and fill the faces of the fathers who left their mothers. They studied with some kind of frenzy. One lad who was not even ten (and generally Alyoshin tried to take to the section only from the age of twelve, so as not to injure the fragile children's spine) came every day and worked with literally all groups - so great was his desire to take revenge on the drunkard father regularly luptseval boy after every binge.

- How did you dissuade them from revenge? - I asked.
- What do you! Can not be discouraged - even more light up the idea. My belief is this: when they really learn to fight, feel the power behind them, they will cool down. Believe me, it is. And not only for this, I taught them the art of karate. All my boys served in the army. Many later said that they came across instances of hazing, but, as a rule, they managed to protect themselves. Although there were two cases when my boys first took a number. But both of them did not go away. They gathered around them the same recruits and, again, stood up for themselves. In general, there was a law in our group: strength is first of all will. After all, for example, not all heroes of the Great Patriotic War were physically strong. First of all, they never allowed fear to take over the mind. I often told the guys about Alexander Pechersk. A Soviet officer, went through several concentration camps, turned up at the Polish Sobibor - a car for the destruction of people. Exhausted to the extreme - what physical strength can we talk about here? But the strength of the spirit and the will to freedom he had such that, in fact, he organized the only successful history World War II uprising of prisoners! Nothing broke him.

So my boys should know that the main force is not in the strike. Although it seems I strike them first and foremost.

Incidentally, there was such a case with a pupil Sasha Voropaev, he is now an adult. The kid got to Chechnya, and by chance he ended up with five of his classmates right away. In the first battle he was wounded in the arm. And the next day after the operation, he ran away from the hospital looking for his own right with a bandaged arm! I did not know the terrain, but somehow I found it. He was asked: what are you, you fool? Why did you do it? And he replied: “But my people will disappear without me, they don’t know how to fight!” The guy returned, along with those classmates recently came to me. Of course, he is very naive, and I do not think that Sashka did the right thing. Well, there were no complications. But the bottom line is that, being able to do something, the guys calmly relate to the ordeals that they face. And here it is not only about the army, but in general about life ...

... Pages in my notebook were filled. And the thought did not depart from me: I write down all my human life at the very last of its turn. And Alyoshin does not know about this turn. He, like I did a few minutes ago, was making fun of my ridiculous attire. He made plans for the future. He was worried about the newbies who had just joined his group. He also wanted to share his experience and skills with the boys and did not suspect what the doctors sitting through a couple of walls from him already knew.

... - Why were you so silent? - Alexander Nikolaevich pounced on me in the corridor when he came out to escort. - Journalist should not behave this way!
At that moment I did not reveal to him the secret, kept it in my soul. I thought: how will he, who has just survived a heart operation, communicate with a person, knowing the same thing as me?

But some time later, Alexander Nikolaevich, having already left the hospital, found out that Alyoshin died two days after discharge. A lot of young people and boys came to the funeral. And he was discharged alone, none of his relatives arrived.

Therefore, the fate took Alyoshin more than one, but two days. And I do not know how he lived his very last day. But now, when I write these lines, that's what I think. Do not give to strangers the most cherished secrets of their relatives.