Syrian troops, with the support of Russian aviation, liberated more than a dozen settlements from militants in a day

October 23 2015
69
Brigadier General of the Syrian Armed Forces Ali Maykhub told the media about how the Syrian troops are attacking the positions of ISIL, al-Nusra and other terrorist groups. According to the general, the fighters of the Syrian Armed Forces took the city of Jub al-Ahmar under their full control, and also liberated one of the districts of the city of Salma from terrorists. Brigadier General quotes RIA News:

In the province of Latakia, more than 300 terrorists have been destroyed, cars with machine guns in the area of ​​the cities of Salma and Sad Badradun. Our troops control Jub al-Ahmar and part of the city of Salma.

The advance of the Syrian troops in the capital province of Damascus. Under the onslaught of the fighters of the Syrian Armed Forces, the terrorists of the Al-Nusra Front left their positions in the Majabl area of ​​the city of Harasta. According to General Mayhub, several bandit groups were destroyed by artillery fire in the village of Eastern Guta.

The Syrian government army is advancing in the Aleppo area. Here, the settlements of Al-Jaburia, Buqija, An-Nasuriya, Tel-Saybeyn, Balyas, Zabahad, Uadikhiya were freed from terrorists. Five more settlements were liberated in the province of Homs.

In the province of Hama, 45 militants were destroyed as a result of striking a convoy of terrorists' vehicles armed with automatic grenade launchers and large-caliber machine guns.

Ali Maihub:
Our armed forces continue their advance with the support of the Air Force (Syria and Russia), successfully hitting targets in various areas of the operation. In the province of Hama blows to the column of the IG near the village of Umm Khadij. 23 different car and 45 terrorists destroyed.
Meanwhile, the press service of the Ministry of Defense of the Russian Federation publishes photos of night flights of aircraft of the Russian Aerospace Force from the Hmeimim airbase in Syria: 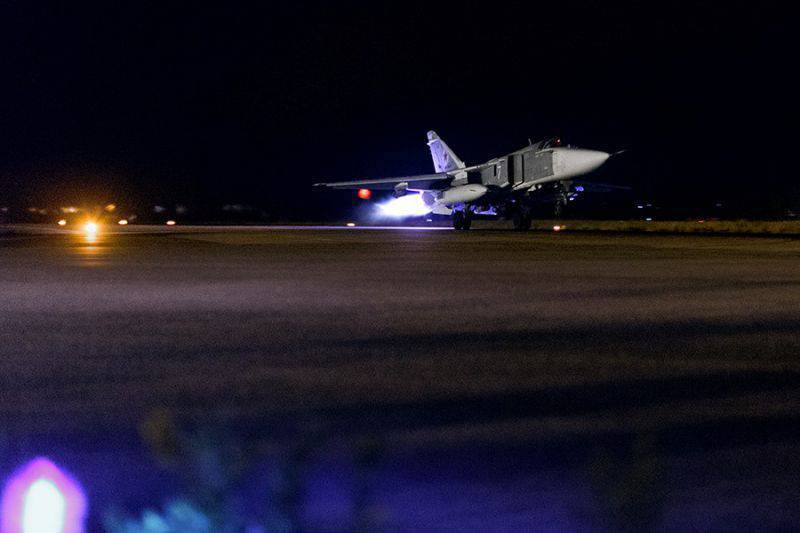 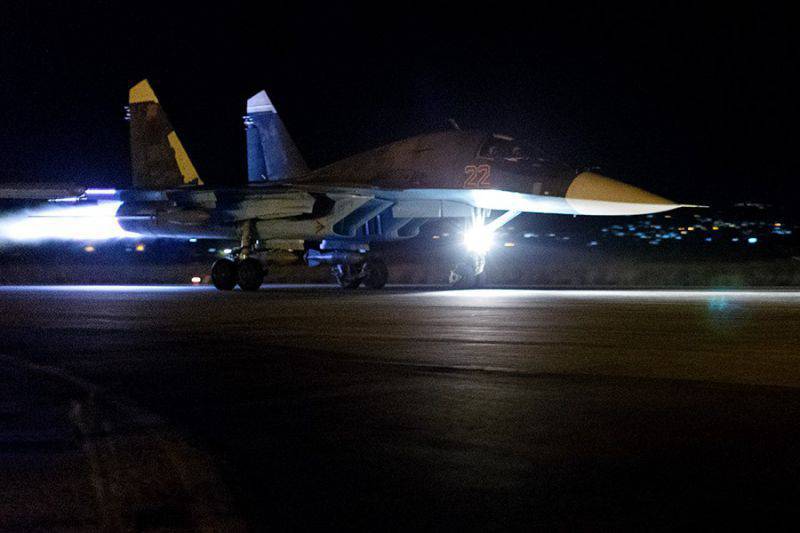 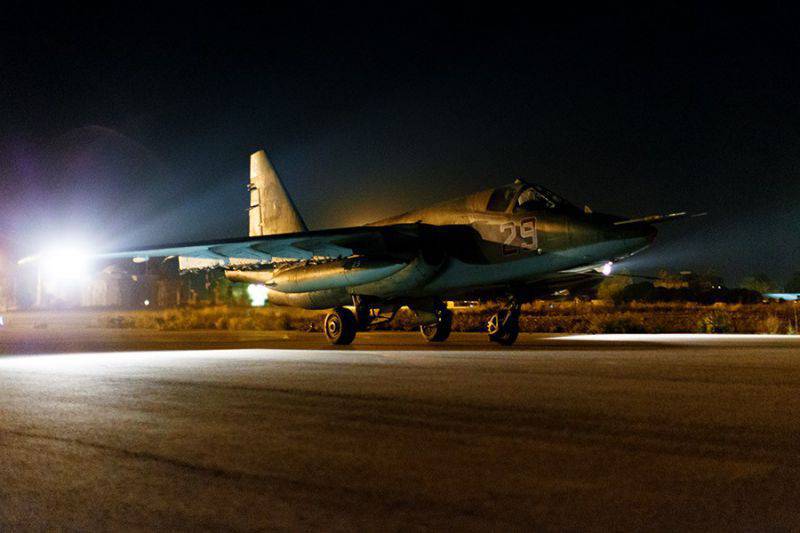 Ctrl Enter
Noticed a mistake Highlight text and press. Ctrl + Enter
We are
Reports on the progress of the Syrian armySuccesses Syrian government army
69 comments
Information
Dear reader, to leave comments on the publication, you must to register.