Obama said he would not sign the draft of the new military budget of the United States, approved by Congress


Obama quotes news agency Rider:
I'm going to send it (draft budget) back to Congress. My wish (to Congress) looks very simple: let's do everything right. We are at the main stage of the discussion of the military budget. Let the budget be one that meets national security as effectively as the economic one.

Part of the increase in spending in the new US military budget corresponded to military aid to Ukraine. The amount that Washington planned to send to Kiev was 300 million dollars. In this regard, Kiev has to switch to nervous waiting mode - will the Americans send a third of a billion to the military budget of Ukraine or not? 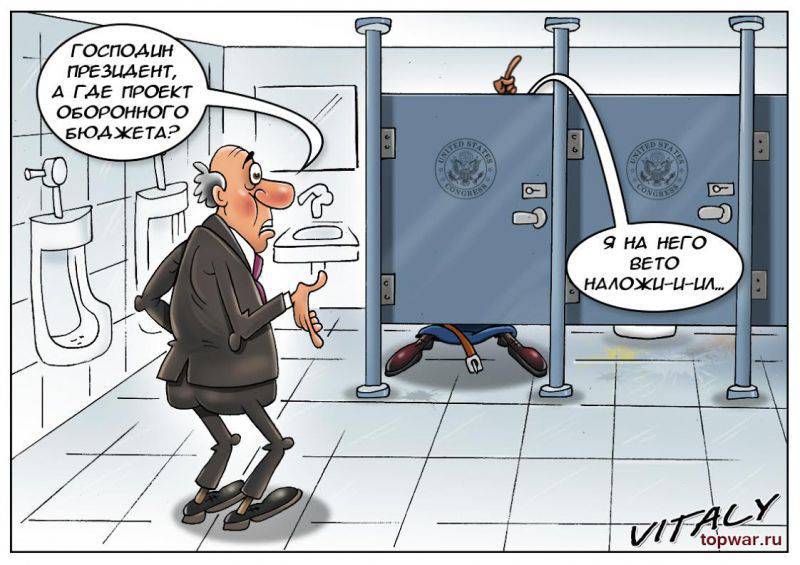 The total expenditure of the US military budget was set at more than 612 billion dollars. These are the biggest spending on the military sphere among all countries of the world.
Ctrl Enter
Noticed oshЫbku Highlight text and press. Ctrl + Enter
We are
Military Reviewin Yandex News
Military Reviewin Google News
32 comments
Information
Dear reader, to leave comments on the publication, you must sign in.