October 24 2015
83
Comrades generals and officers, warrant officers, foremen and sergeants, soldiers and sailors, retired, reserve, urgent and contract service! Workers, founders, individual entrepreneurs, office workers, civil servants, clergymen, farmers and collective farmers! Brothers and sisters! 14 July 2015, in the historical and temporary rear of the Panfilov team, was led by a sabotage group led by the Director of the State Archives of the Russian Federation S.V. Mironenko with the task of making an ideological raid, spitting on memory and diminishing the feat of the Soviet soldiers who stopped the German offensive against Moscow. The actions of the sabotage group were blocked by combined forces, including the readers of the Military Survey (see the article "Shots in the back Panfilov“). In order to finally crush ideological saboteurs, the non-governmental organization“ Commonwealth of Eurasian Peoples ”planned and, starting October 24, begins to implement a set of measures to defeat the forces that want to trample the memory of the people and destroy the last foundations for patriotic education. descendants. Panfilov heroes, meet reinforcements! 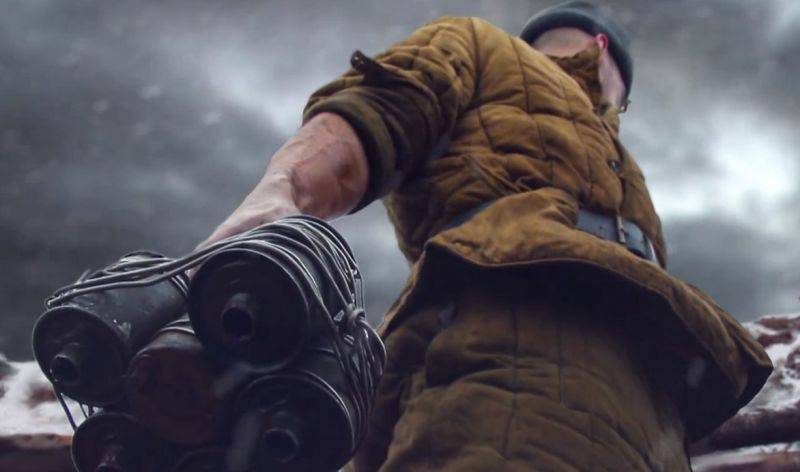 Tomorrow, 24 in October 2015 in Orenburg will be the start of the International Watch for the memory “We are millions of Panfilov’s”, dedicated to the anniversary of the battle for Moscow and the immortal feat of 28 of Panfilov’s heroes inscribed in golden letters in the annals of the Great Patriotic War.

The initiator of the memory watch was the public organization "Commonwealth of Eurasian Peoples". The main goal of the international
one action is the unification of the patriotic forces of Russia, Kazakhstan and Kyrgyzstan, opposition to distortion stories, the frequent cases of the substitution of facts of the Great Patriotic War for false myths.

In Salut, Victory! Park on October 24 in 9: 30, a solemn opening ceremony of the watch of memory and the transfer of the share standard to the next participant will be held. The cities of Russia will take the baton: Chelyabinsk, Yekaterinburg, Novosibirsk, Ufa, as well as the cities of Kazakhstan and Kyrgyzstan, the finish will be held in Moscow at the Monument to the Panfilov heroes.

Let us recall ourselves and tell the children how, during the critical months for the country, the inhabitants of Kazakhstan and Kyrgyzstan formed the legendary Panfilov Division, linking them to the military fraternity with the peoples of Russia. In the ranks of the division from October 1941 to May 1945, a native of the Orenburg Territory died or went missing 91, 48 of our countrymen were awarded military orders and medals.

As part of the October 24 events in Orenburg will be held:

X - The inauguration of the “Watch of Memory - Us Millions of Panfilovs” (park “Salute, Victory!”, Orenburg) with the participation of World War II veterans, students of the city, students of the cadet school, delegations from Moscow, Chelyabinsk, Kazakhstan and Kyrgyzstan (up to 400 person).

X - A visit to the Orenburg Governor’s Museum of Local History with an exposition of genuine battle banners of the 14 divisions formed during the war years in the Orenburg region.

In the Regional Universal Scientific Library. N.K. Krupskaya at 11: 00 will host the International Round Table “Combat Brotherhood of Nations in the Great Patriotic War (counteracting the falsification of history)”.

Our cause is right! The enemy will be defeated, Victory will be ours!

Ctrl Enter
Noticed a mistake Highlight text and press. Ctrl + Enter
We are
Anniversary of the famous Borisoglebsky Aviation School (BVVAUL named after V.P. Chkalov). Report "Military Review"The war was won by the communists and atheists.
83 comments
Information
Dear reader, to leave comments on the publication, you must to register.