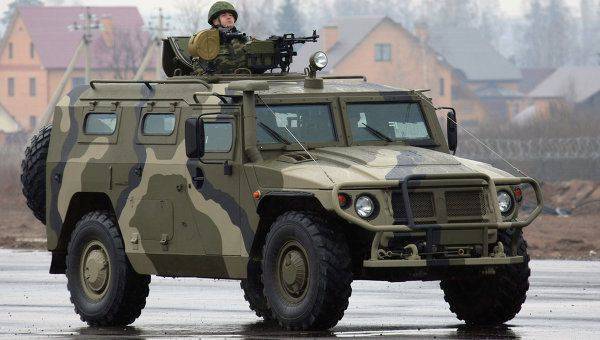 It is noted that in the cars there are automated workplaces of operators and special communication equipment, the car is equipped with satellite navigation systems GLONASS and a Russian diesel engine with turbocharging power 215 hp with a power reserve of 1000 kilometers and a maximum speed of 120 km / h.

In addition, in the armored car there is a system of automatic control of air pressure in the tires, as well as preheater and automatic fire extinguishing system.

Ctrl Enter
Noticed a mistake Highlight text and press. Ctrl + Enter
We are
Innovation Day of the Southern Military District: Pictures from the ExhibitionThe action “Military service under the contract is your choice!” In Rostov-on-Don: future contract servicemen, exhibitions and “Russian Knights”
42 comments
Information
Dear reader, to leave comments on the publication, you must to register.