The advent of Putin made Obama stay in an Afghan swamp ("Walla!", Israel) 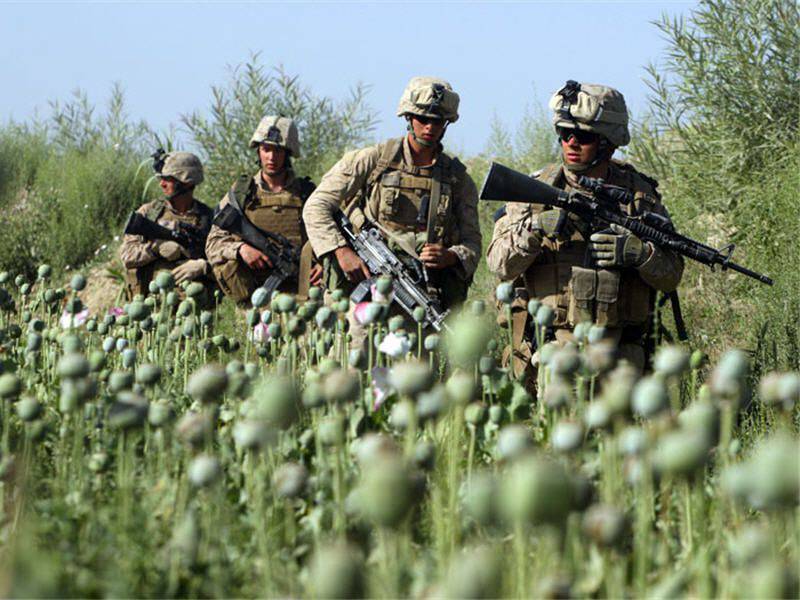 The decision of the President of the United States to leave thousands of American soldiers in Afghanistan and after the end of his term in office is associated with Russian expansion in the region. After Syria, the Russian leader concluded a new regional union and warned that the emergence of ISIL in Afghanistan would require intervention.

The rapid defeat of Afghanistan’s security forces, which could not stand the Taliban’s strike on Kunduz, was an alarming signal to the Pentagon. The fighters, who were trained by American instructors for 14 years, were unable to repel the militants' advance. For the first time since the fall of the Taliban, they managed to capture the main city of the district. Aviation NATO helped Afghan government forces recapture the city in October. However, this incident left many questions regarding the ability of the Afghan authorities to withstand extremist forces.

US President Barack Obama, who inherited the war that began in 2001 on the orders of George W. Bush, was forced to change plans for the complete withdrawal of US troops from Afghanistan before the end of 2016. This program envisaged leaving only a small group in the Central Asian country to guard the American embassy, ​​but after seven years in the White House, Obama had to admit that the Afghan security forces had not reached the level expected by Washington. "I will not allow again to turn Afghanistan into a greenhouse for terrorists," said the president, explaining his decision. He had previously promised to completely withdraw troops from Afghanistan, but now he decided that the 9.800 soldiers would remain there in the 2016 year, and also the 5.500 after that time. Soldiers will be divided between four districts.

Obama hoped that negotiations between the Taliban and Afghan President Ashraf Ghani would bring results, but the group that controlled the country for five years refuses to stop fighting. The Taliban saw how its attractive force weakened at the expense of other groups, more radical, including the Islamic State. The Taliban lost their popularity because they failed to expel the “infidels” in the past years. The desire to prove that the Taliban still remains a force to be reckoned increased after the official death of the group leader Mullah Omar, who nearly split the movement.

Thus, the president handed over the baton to his successor, and the Afghan problem will become an important part of the election campaign. After being repeatedly accused by Republicans that withdrawing troops from Iraq led to the rise of the Islamic State, Obama realized that he had to avoid repeating such a scenario in Afghanistan, at least in his term. So far, his strategy to avoid participation in conflicts in the Middle East and to rely on local forces has not been successful; the ambitious training program of Syrian oppositionists turned out to be particularly unsuccessful.

In addition to concerns about the inability of the Afghan security forces to independently solve their tasks, there are other factors. In the USA, they understand that the vacuum in Afghanistan formed with their departure in Afghanistan will be filled by Russia. The beginning of the Russian operation in Syria and the strengthening of Moscow’s ties with Iraq — in which the Americans invested a lot of forces and means to keep under their influence — re-confused the maps in Afghanistan. The White House is watching from the sidelines and sees that President Vladimir Putin is not afraid to jump into the Syrian pool to save Russian influence, and there is no reason to believe that he will act differently in his back yard.

Just yesterday, the Russian president outlined his goals in Central Asia. Accused by Western countries in an attempt to revive the Soviet Union, Vladimir Putin met with leaders of the former Soviet republics at the CIS summit in Kazakhstan. The Russian leader and representatives of the leadership of the nine states that belong to the organization agreed to form common armed forces to protect the border in the event of a hardening crisis in Afghanistan, with which three of these states - Turkmenistan, Uzbekistan and Tajikistan - border.

This agreement means that, if necessary, to determine which will be the Kremlin, Russian soldiers may appear on the border of Afghanistan, where there are still Western troops, gradually leaving this country. Putin, as he has become a habit lately, is using the threat of ISIS to revive alliances with the republics that 25 liberated from the Soviet grip years ago. The President of Russia noted that 5-7, thousands of people, citizens of his country and Central Asian states, are fighting in the ranks of ISIL in Syria.

"Terrorists of various stripes are gaining more and more influence and do not conceal plans for subsequent expansion," Putin warned leaders of other countries. The Russian leader called the situation in Afghanistan almost critical, and stressed that neighboring states should be ready to respond. The previous Russian adventure in Afghanistan ended in a catastrophe, however, after Ukraine and Syria, the Russian president is looking towards Central Asia, where the United States has lost the little influence that they had.

In a style reminiscent of rhetoric in the days preceding the start of the air operation in Syria, the Russian Foreign Ministry negatively assessed Washington’s plans, saying that they were a new confirmation of the failure of the US over the 14 years of the anti-terrorist operation. On the actions of the American coalition against LIH in Syria, Russia responded in the same vein, until it itself decided to bomb those whom it calls terrorists.

Slightly more than a year later, President Obama will complete his second term and sum up eight years in the Oval Office. Although some of his actions, such as signing an agreement on Iran’s nuclear program and reconciliation with Cuba, can only be judged years later, his rejection of the Middle East is already felt today. In order to reduce damage and not tarnish his legacy, the president decided to change the policy that his successor will inherit.

The leading contender for the post of US presidential candidate from the Democratic Party, Hillary Clinton, has already said she supports the Obama plan. Republicans, including Senator John McCain, who lost the election to Obama in 2008, on the contrary, argue that the proposed measures are not enough to solve the problems of Afghanistan. Putin, for his part, will have to think about domestic policy only after six years, so he calmly continues to expect new American mistakes.

We are in Yandex Zen
"IG" in Afghanistan. Will the war come to Central Asia?
Taliban add to friends
28 comments
Information
Dear reader, to leave comments on the publication, you must to register.