"God will forgive you, the Fatherland forgives, and I forgive": the last Cossacks 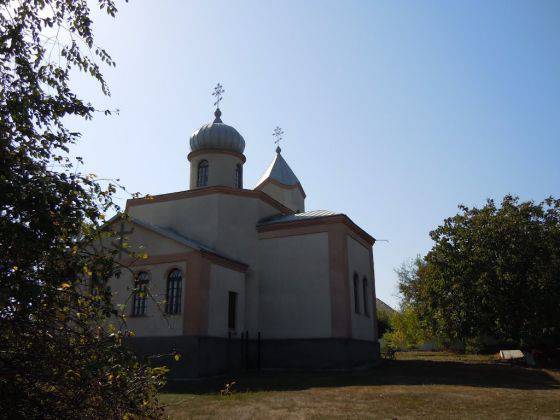 April 14 (26), 1828, Nicholas I signed the Highest Manifesto "On the Discovery of the War with the Ottoman Port". The Russo-Turkish War of 1828−1829 began. On May 7 (19), 1828, the emperor arrived in the Danube Army. After 10 days in the Isakchi region with the support of the Danube flotilla Russian troops crossed to the Turkish coast.

On this day, the Cossacks of the Transdanian Sich, led by the ataman Osip Gladky, crossed over to their side. This was the result of preliminary talks held with the Smooth Military Governor of the Babadag Region, Gen.-M. S. A. Tuchkov. Negotiations were completely secret. Smooth in the Sich had enemies who did not trust him. He was born into a Cossack family in the Poltava province, went to the Transdanian Sich (formed after the destruction of the Zaporozhye Sich in 1775) from the family, saying unmarried. Smooth participated in the suppression of the Greek uprising, and in 1827 he was elected the ataman of all the Danubian Cossacks and elevated to the rank of two-pasha by the Turks. This title did not save him from the distrust of the Turkish authorities.

On the one hand, Zaporizhzhya Cossacks faithfully served the Turks and fought with their compatriots and co-religionists, in fact, acting as a hired guard of the Sultan. In Moldavia and Wallachia, they managed to leave behind a bloody memory. Arriving at the mouth of the Danube, they began the massacre of Nekrasov-Lipovans. These were the descendants of those who fled with Ataman Ignat Nekrasov to Turkey from the Don during the time of Peter the Great, after the uprising of Kondrat Bulavin in 1708 of Nekrasov was suppressed while they were on the march. When they returned, they began to revenge. The Turkish authorities struggled to cope with this sudden little war. The Zaporozhian Cossacks were then used against the Serbs during the 1814-1813 and 1815-1817 uprisings and to suppress the Greek uprising in Morea (the Peloponnese peninsula) together with the Egyptians in 1826 — 1827, that is, during the most difficult period for the Greeks, when they were taken Missolungi and Athens. In Morea, the punishers are not lucky. There they were broken and returned.

On the other hand, not only desperate and unscrupulous thugs gathered in the Sich. There have always been opponents of the war with co-religionists. In 1805 and 1806, large groups of Cossacks returned to Russia with a confession, not wanting to fight either the Serbs or the Russian troops. In 1817 year история again repeated before going to Serbia, which rebelled against the Turks. Of these defectors, a Cossack regiment was created on the Bug. But the biggest outcome took place in 1821, when, after exhortations from Athonite, Archimandrite Philaret, 800 Cossacks went to Russia, who did not want to take part in a campaign against the Greeks.

It is not surprising that on the eve of the war with Russia, the Turkish authorities began to worry about the possible behavior of the Cossacks, and Gladky personally led a Cossack detachment to Silistria, gathering into it the most convinced of his opponents, above all the so-called bargemen - unmarried and unmarried. It was the most violent element, ready to fight anyone. The total number of troops was small - no more than 2000 people, but before the war, the Cossacks paid special attention to resettle them within the Empire, which was then done. The next day after the crossing, it was from these Cossacks, led by Gladky, who sat at the helm, that the rowers were transported, carrying the emperor to the right bank of the Danube. The trust of Nicholas I caused loyal enthusiasm among the descendants of the Cossacks who had returned to the bosom of the Empire. They swore loyalty for themselves and their comrades. These feelings and such behavior had quite a material basis.

Neighbors-Moldovans after the start of the war wanted to cut all the villages of the Cossacks, along with women and children. For a time, they were stopped by the intervention of the church, which enabled families to flee to the left bank of the Danube, where Russian troops were stationed. At the same time, along with the family, single Cossacks also ran, homely could take most of the livestock with them. The emperor confirmed the pardon promised to the Cossacks and promised to provide them with land for settling the sea.

The Cossacks remaining in the Sich were dispersed by the Turks, she herself was destroyed. At the meeting, Nicholas I declared to those who returned: "God will forgive you, the Fatherland forgives, and I forgive you." For the crossing of the Danube, Smooth was promoted to colonel and awarded the Order of St. George 4 st. Cossacks were reduced to the Ust-Danube Regiment. Initially they were planned to be located in the Anapa area, giving the requested rights - free extraction of salt from local salt lakes, food supply before the first harvest, Cossack self-government, etc., only one was denied - the right to distillation and the possibility of leasing it. Minister of Finance Gen.-ad. graph. EF Kankrin resolutely rebelled against granting such a right to such "violent people."

In the end, in the second half of 1831, the Cossacks were stationed near Mariupol in the so-called Berdyansk wasteland. In order to avoid problems with a streak, local state peasants were assigned to the new Azov Cossack army — at the beginning of 1833, on 74.300 tithing of the earth, 4.800 souls of both sexes were housed. One male soul accounted for about 15 tithes. Over 20 years, the number of Cossacks increased to 9 thousand people. The army lasted until 1865.

Since the fall of 1861, after visiting the emperor of the Western Caucasus, active hostilities began here. Together with them began the resettlement of peoples. By the end of 1861, 1930 people were settled in 11 new villages in the territories beyond the Kuban. In August, 1863 was laid down weapon Abadzekh, and 21 in May 1864 - Shapsugs and Ubykhs. Caucasian war is over. Already with 1862, began the mass eviction of recalcitrant tribes. To prepare for eviction, 3 weeks were given, sometimes 2 − 3 days. These were tragic events. According to official estimates, from 1858 to 1865, the 470.753 people left their lands, going by sea to Turkey and selling their cattle for a pittance before plunging into ships. In the first year, navigation began in March. Overcrowding on the narrow shore of the mouth of Tuapse, under the open sky, rain and wind led to an increase in disease and mortality. From 1861 to 1866, 14.396 families were placed in 111 new villages in the territories they left behind. The immigrants were given 50 rubles per family, for 3 years they received a monthly food ration, were exempted from 15 years from the poll tax and the recruitment fee. Nevertheless, the development of land for a long time went with difficulty. The land was also distributed to generals and colonels (for 1, thousand acres), for headquarters officers (for 400 tithes) and for chief officers (for 200 tithes).

With the end of the Caucasian War, the relocation of the Cossacks-Azovs to the Caucasus began. 1862 families were resettled from 1864 to 1.065 year, about half of families moved from 1862 to 1866 year, mostly from among descendants of Zaporozhtsy. The Azovs quickly merged with the Kuban Cossack army. Those remaining under Mariupol were returned to the peasant state.

Ctrl Enter
Noticed a mistake Highlight text and press. Ctrl + Enter
We are
The end of the Zaporizhzhya Sich. Ukrainian mythology and political reality14 August 1775 Zaporozhskaya Sich was disbanded by decree of Empress Catherine II
8 comments
Information
Dear reader, to leave comments on the publication, you must to register.