Turkey's geo-strategic importance by the end of the Second World War. View of the military attache of Romania 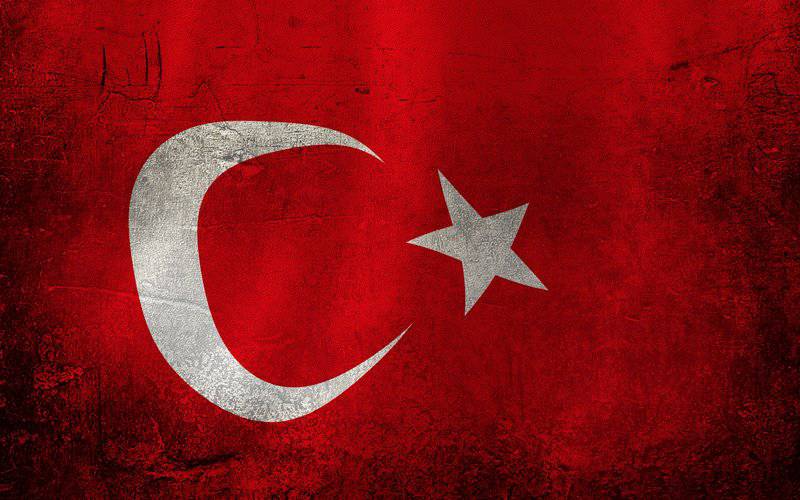 During the Second World War, Turkey with its geo-strategic position attracted a lot of attention from the warring parties. The efforts of the allies to attract it to their side for a long time did not give the expected result. Stalin even allowed the use of force for this: at the Tehran Conference, he stated that "We must shake them up if necessary." Despite the continued pressure exerted on the Turkish government, Ankara managed to maintain neutrality (proclaimed 26 June 1941).

In Turkish political circles, pro-German sympathies prevailed, and the economic factor was decisive in enhancing these sentiments (as early as 1936, 50% of Turkish exports went to Germany, especially chrome). On the other hand, the preservation of neutrality was dictated by the fear that the first major consequence of Turkey’s entry into the war on the side of the Allies would be German military retribution.

In addition, the neutrality of Turkey was dictated by the unpreparedness of the Turkish army for the conduct of hostilities (due to the lack of military equipment), which ensured by its non-participation the balance of forces in the region. Turkish diplomacy was in an awkward situation in which it was necessary to constantly maneuver between the warring parties, trying to resist external political and diplomatic pressure, whose ultimate goal was to involve Turkey in the war.

In those years, Turkey was "Switzerland" in the Balkans, which provided an opportunity for informal negotiations between the belligerents on truly neutral territory. Romania, like other states that fought on the German side, by the end of the war tried to get out of it without appreciable losses and began negotiations with the enemy, including in Turkey, in Ankara (negotiations were also held in Lisbon, Stockholm, Madrid, etc.) d.)
At the final stage of the war in Europe, when the military and political initiative was in the hands of the Allies, Turkey's geostrategic and geopolitical role increased significantly.

The Romanian government followed the developments in Turkey, and especially political and diplomatic battles, through its intelligence agencies. The Special Information Service under the Council of Ministers of Romania (IDC) conducted intelligence work in Turkey through the 3 department (Turkey, Greece, Spain and African countries) of the Southern Front (1) (one of the SII intelligence departments was called). In the Turkish capital and in the major cities of Turkey, the FID had its residents who worked under a diplomatic umbrella or under the guise of merchants (2).

In addition, the flow of classified information was provided by the Romanian military attaches (3), who worked in the Romanian diplomatic missions abroad. In Ankara, during the war years, the post of military attache of Romania was occupied by Colonel Traian Theodorescu.

24 July 1944 he sent an interesting "report" to Bucharest about the political and military situation in Turkey (4) in which he tried to identify the reasons forcing Turkey to avoid participation in the war on the side of the Allies, despite the fact that the outcome of the war was obvious.

The colonel reported on the subtle actions of Britain to attract Turkey into the war. He wrote that the UK demanded that Turkey “stop exporting raw materials to Germany.” What the Turkish government was able to do in this connection with the consent of Berlin was “a reduction in total exports to Germany.” But the British insisted on a complete cessation of supplies, but the Turks hoped to reach a compromise in this regard.

Turkey did not want to get into such a situation, and the reason for this was well known to the British as well, “the unpreparedness of the Turkish army due to the failure to fulfill the obligations assumed by England in Adana and Cairo.” At the conference in Adana (30 - 31 in January 1943), the United Kingdom sought to bring Turkey to the side of the Allies in exchange for military assistance, if Germany attacked Turkey. But failure to comply with these obligations was determined by the desire of Turkey to maintain its neutrality. At the Cairo Conference (4 - 6 December 1943), the allies made a new attempt to involve Turkey in the war, but neutrality for the Turks was above all, they were primarily afraid of the punitive actions of Germany and Bulgaria.

On the other hand, the rupture of Turkish-German economic relations could lead - as the Turkish authorities believed - to "economic reactionism of the Reich, which can stop (in Bulgaria) Turkish imports and exports to European countries." This would be a terrible blow to the Turkish economy, which could have led to a "loss of Turkish economic independence" and a "loss of its freedom of political action."

However, bearing in mind "the existing allied relations between these two powers" - Britain and Turkey - the Turkish authorities hoped that this issue would be resolved "in the spirit of friendship."

Turkey did a lot in this direction - reduced exports to Germany by 50%. But the real goal of the British was not the economic blockade of Germany, and the involvement of Turkey in the war on its side, and the Turkish authorities knew about it.

The problem was so difficult for Turkey that at the end of June 1944, President Ismet Inonyu, convened the top commanders of the Turkish army to find out what the "mood in the army was in relation to the likely military conflict against Germany." The opinion of the military was particularly important because, as the President of Turkey stated, due to the rapid course of the military-political events, Turkey could "in more than two months leave the position of neutrality." The military elite expressed themselves against Turkey’s participation in the war, as the Turkish army was not ready for this either morally or financially.

As Colonel Traian Teodorescu reported, immediately after this meeting one of the Turkish generals, Salih Omurtak hurried to clarify to the German military attache in Turkey, General Rode, that "Turkey has no territorial and political claims" and she "will never repeat the gesture of Italy, to attack from the rear of her former ally, from whom she learned so much. " General Omurtak, according to Traian Theodorescu, stressed that the Turkish-British alliance was never directed against Germany, but against the possible expansion of Italy in the Balkans, after it occupied Albania. So this alliance was directed exclusively against Italy, although at that time Italy was a good ally of Germany.
The same unanimity, characteristic of the army, was in the Turkish parliament, where only 2% were supporters of an alliance with England and Turkey’s entry into the war.

A lively discussion at that time was caused in the Turkish society by the statements of the US Ambassador to Ankara Lawrence A. Steinhardt, published in the American press. He said that “although Turkish public opinion does not want Turkey’s participation in the war, the Turkish government is“ cooperating more and more closely with the allies. ”The ambassador noted that this cooperation“ will lead to a joint military struggle, ”while emphasizing only benefits for allies .

Turkish newspapers reacted sharply to this, stating that Turkey is hostile to entering the war, "but it is ready to give concessions to its ally," taking into account "Turkish interests as well."

The persistent actions to involve Turkey in the war, carried out primarily by London diplomatic circles, should have led to the realization of one of the main British strategic goals, namely: the United Kingdom had to "be firmly established in the Straits region and in the Aegean Sea to block the way for the Soviets tomorrow to the Mediterranean and Suezu. "

The non-admission of the USSR to the region was desired by the Turks. Only they wanted, acting skillfully, to solve this problem without the participation of Great Britain. That is precisely why they avoided entering the war on the side of the Allies: "The main reason - the Romanian military attache emphasized - which makes Turkish rulers prefer neutrality is uncertainty about the intentions of the Russians." Colonel Theodorescu said that "Russia was and remains the main danger for the Turks and as long as Germany is still able to undermine the Russian power, the Turks view as a betrayal of the nation any action that would weaken Germany in the struggle against the USSR." Officials from Ankara knew (and made statements in certain circles in this sense) that the Anti-Hitler coalition would exist until the defeat of Germany, after which "great contradictions between the Anglo-Saxons and the USSR will begin."

Turkey at the final stage of the war still intended to join it in order to find itself in the camp of the winners. But for this, first of all, she tried to find out the exact situation "about the Russian intentions in the Balkans, which the Turks consider to be their security zone." To this end, in March 1944, when Soviet troops were on the border with Romania and the Balkans were under threat, the Turks tried to learn from the Soviet diplomatic circles of Ankara, "what kind of desires do Russians have for Turkey?". They were told that "We (the USSR) do not pursue as a goal the mandatory entry of Turkey into the war." It was an ominous indifference, against the backdrop of British perseverance.

The second attempt to clarify the intentions of the USSR, as reported by Colonel Traian Theodorescu, took place in June 1944 through the Turkish press. The former foreign minister, Tevfik Ryushtu, known for his pro-Soviet sympathies, wrote an article in which he spoke of the need to conclude a Turkish-Soviet union. The article caused a wide discussion in the press. Both the pros and cons of this initiative were published. But the Soviet press did not respond at all, which led the Turkish leadership to the idea that it was "a sign that Russia does not want to accept new obligations towards the Turks and wants to have complete freedom of action in the Middle East."

In this connection, Colonel Teodorescu also said that the Turkish authorities wanted that by the time of Turkey’s possible entry into the war, she had a guarantee of territorial integrity from the Allies. For this, Prime Minister юкukrü Saracoglu, allegedly addressed this proposal to the Soviet ambassador in Ankara, but "the response of the Soviets did not follow."

In conclusion, the Romanian military attache wrote that "therefore, this is why the Turks hesitate to enter the war and this is why their participation in hostilities is not expected until the Germans voluntarily leave the Balkans, and the Turks confine themselves maintaining order in the Balkans. "