BDK "Korolev" proceeded to the waters of the Mediterranean Sea

October 22 2015
74
The landing ship of the Korolyov Charitable Foundation went yesterday through the Turkish straits to the Mediterranean, reports MIC with reference to Interfax-AVN. 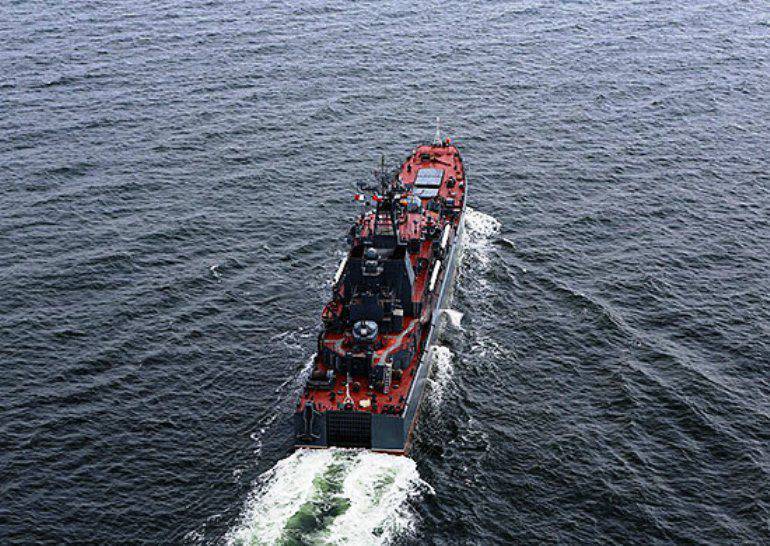 Istanbul bloggers who have published photos of the Russian ship passing through the Bosphorus, unanimously claim that Korolev with military cargo is heading for Syrian Tartus to the location of the base (point of logistics) of the Russian Navy in the Mediterranean.

At the same time, observers note that “in recent days, Russian military ships have been passing through the Turkish straits in the direction of Syria almost daily.”

According to the agency, “from last Saturday to Wednesday, three BDK of the Black Sea proceeded to the Mediterranean Sea fleet “Nikolai Filchenkov, Saratov and Yamal, Northern Fleet BDK Alexander Otrakovsky, as well as a KIL-158 hit vessel, capable of carrying up to 100 tons of cargo.”

Foreign media at one time called the delivery of military cargo to Syria by the Russian BDK operation “Syrian Express”.

We are in Yandex Zen
Airborne assault boat BK-16: a new member of the Syrian operation
Landing ships of the Russian Navy will go to Syrian Tartus
74 comments
Information
Dear reader, to leave comments on the publication, you must to register.