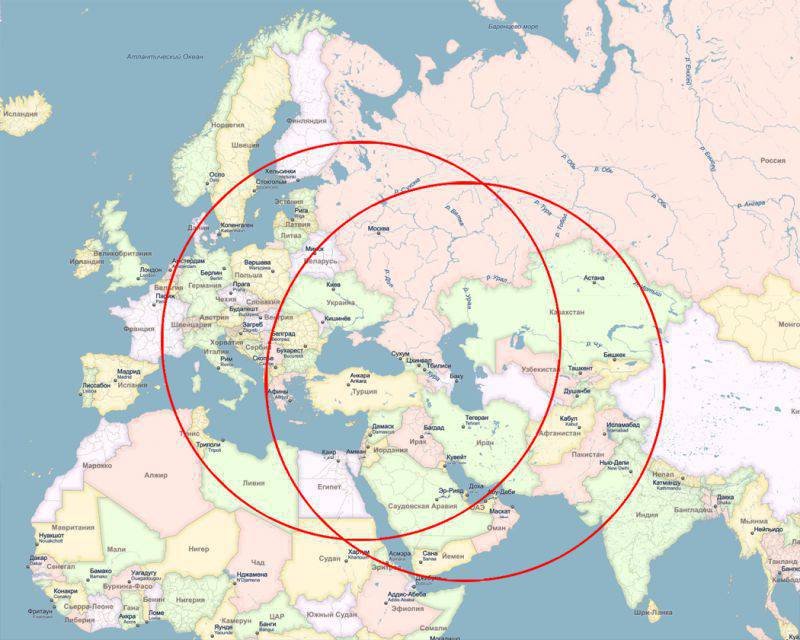 One of the bloggers (I won’t call them to guess), leading his own journal in the style of “insider from Stirlitz with oranges”, even managed to present the public with a supposedly secret map from the General Staff itself with the emblem, Putin’s signature and corresponding signature on the margins. And there were such circles too. I only had one quick glance at this craft to understand that the card was fake. And because I am from childhood "an avid gambler" and "Globusophil."

Those who flew from Russia at least once, say, to America, must have seen the flight pattern on the monitors on an airplane - it is displayed online, as in a normal navigator: 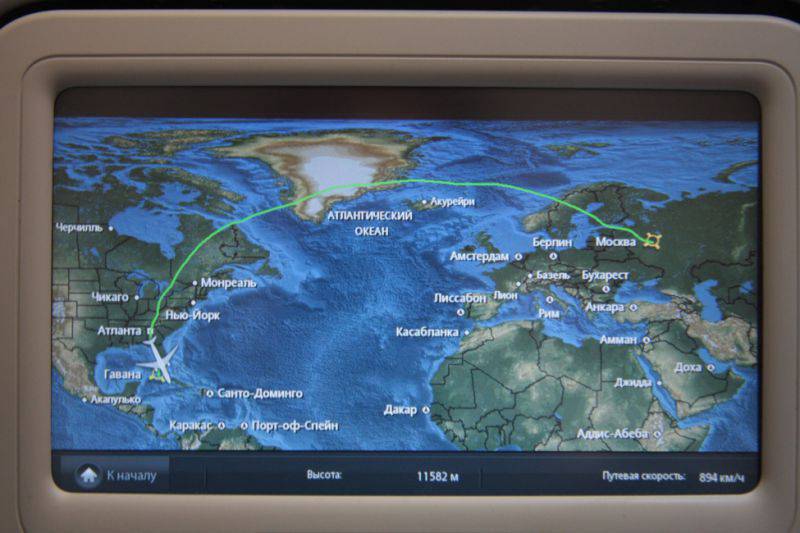 At the same time, somebody wondered: why are we flying in such an arc, and not in a straight line? Fuel, perhaps, nowhere to go?

The fact is that the usual large-scale (world) flat maps, which we see on the screens and which hang on the walls, have a strong distortion. The earth, as you know, has the shape of a ball (well, almost a ball - slightly flattened at the poles), and the map, as a rule, is a rectangle. The poles on it have the same length as the equator, although in reality the poles are points. Thus, this image of the surface of the Earth is strongly stretched to the poles and compressed in the equatorial zone: 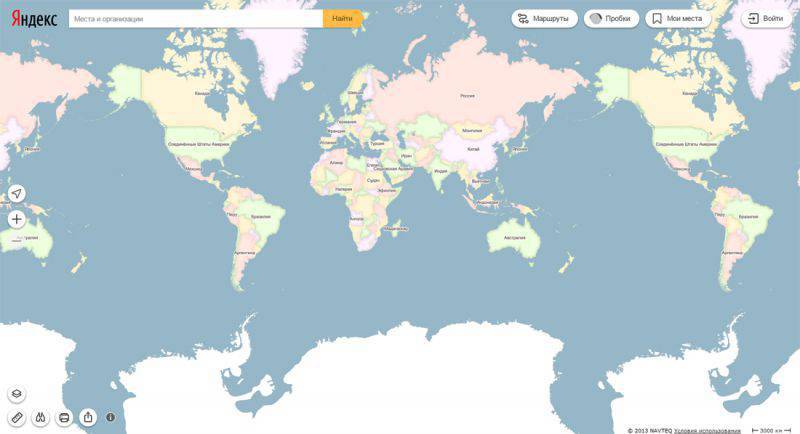 Pay attention to the size of Antarctica in relation to other continents. What if I tell you that all of Africa is almost twice as big as Russia (30 million km2 against 17 million km2). What does the map tell us? That's right - the map is lying to us shamelessly! Therefore, most of the straight lines on such a map are not straight lines in reality, and all circles without exception are not circles in reality, and vice versa. And our plane to America, in fact, flies in a straight line: 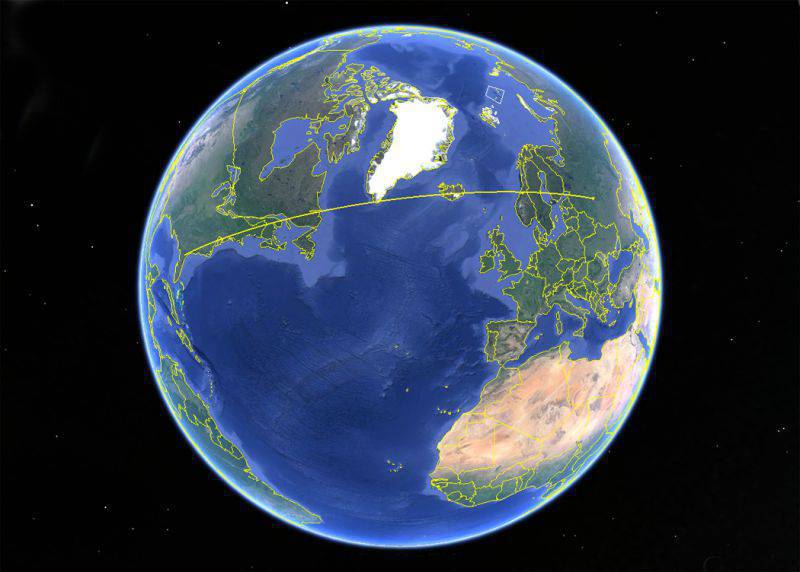 Now back to our missiles.

In addition to the fact that all the schemes presented in the network do not take into account the above-described factor (and it is extremely important for schemes of this scale, and you will soon be convinced of this), they also neglect the size of the seas themselves. Radii are drawn from one point approximately from the centers of their waters. But the ship has the ability to move on the surface of the water, which to a certain extent expands the zone of combat use of the weapons installed on it. In this case, the size of the waters is too large to be so easily neglected: the Caspian Sea has a length from north to south of more than 1000 km, and Black - more than 1000 of km from west to east.

Guided by this simple knowledge and using it as a new introductory, we have the opportunity to take a completely new look at the information previously presented to us.

This is what a REAL defeat zone for Caliber-NK cruise missiles from the Caspian Sea will look like: 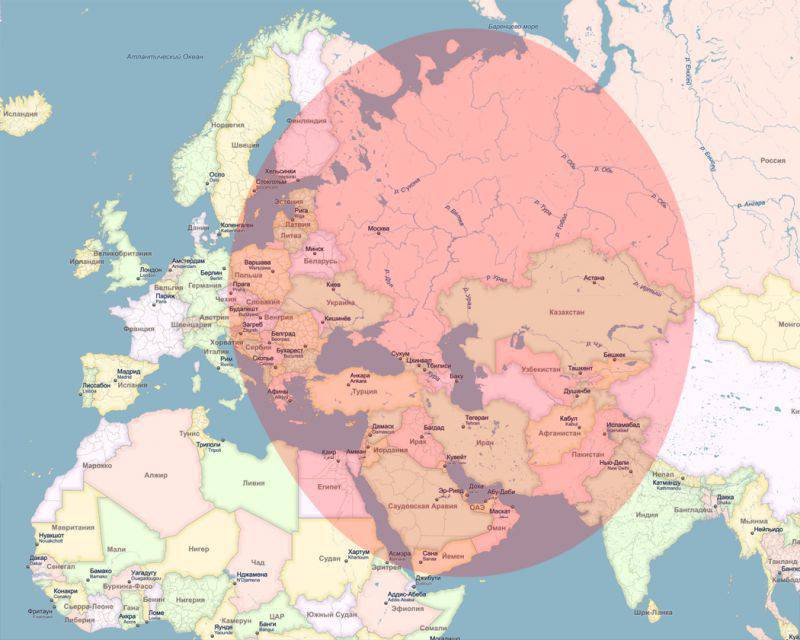 And so from the Black Sea: 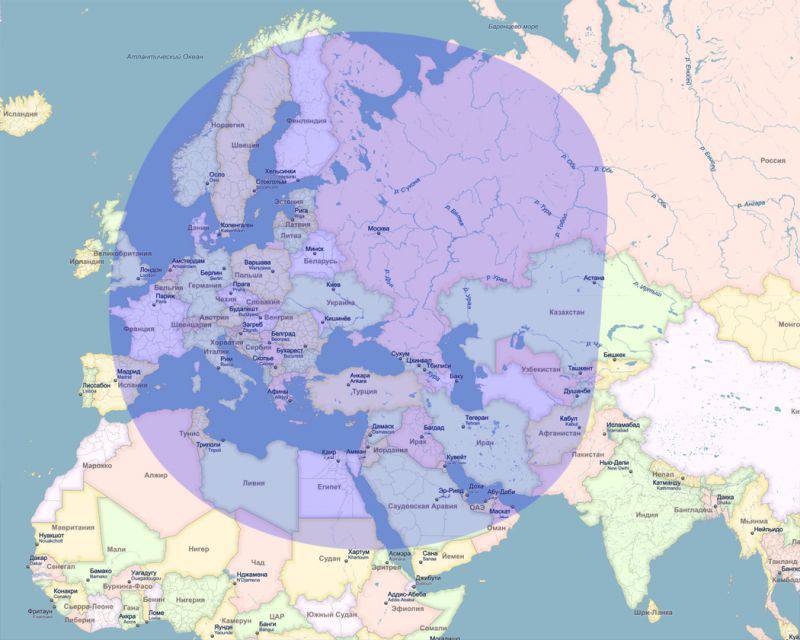 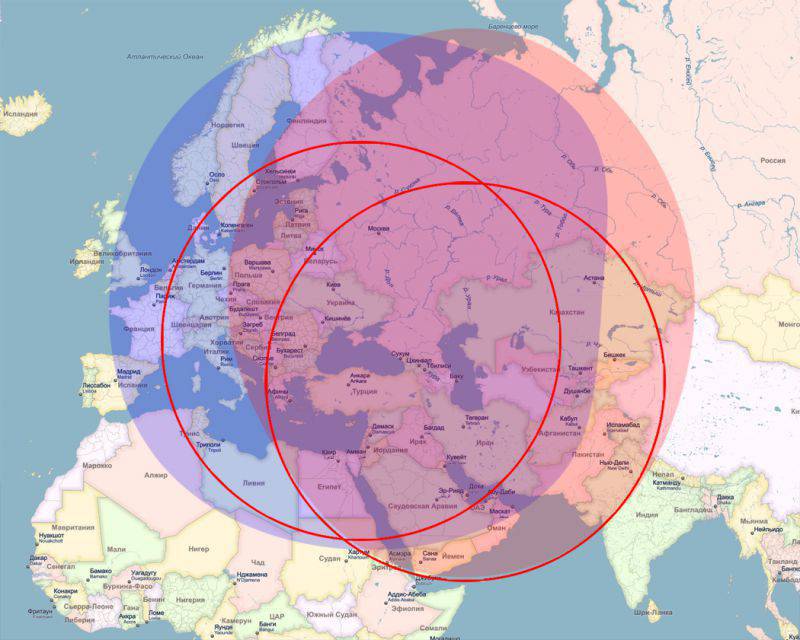 Pay attention to where now, say, Scandinavia, Paris with London, and almost all of England, with the exception of Scotland and Ireland, are now. Perhaps in all of Europe, only Portugal can sleep peacefully. But just to her we have no special complaints, as there is no special need for the transfer of missile boats of the Caspian flotilla to the Baltic "in case of what."

Ctrl Enter
Noticed a mistake Highlight text and press. Ctrl + Enter
We are
About Stalin and KhrushchevWhat you didn't want to know about England
238 comments
Information
Dear reader, to leave comments on the publication, you must to register.