October 22 2015
105
Terrorist formations in Syria continue to receive from the states advocating the overthrow of Assad, the American anti-tank systems TOW-2A and missiles to them. Thanks to this, the opposition does not save ammunition, arranging a real hunt not only for the combat armored vehicles of the Syrian army, but also for engineering equipment. Lev Romanov writes about this in his article for Messenger of Mordovia. 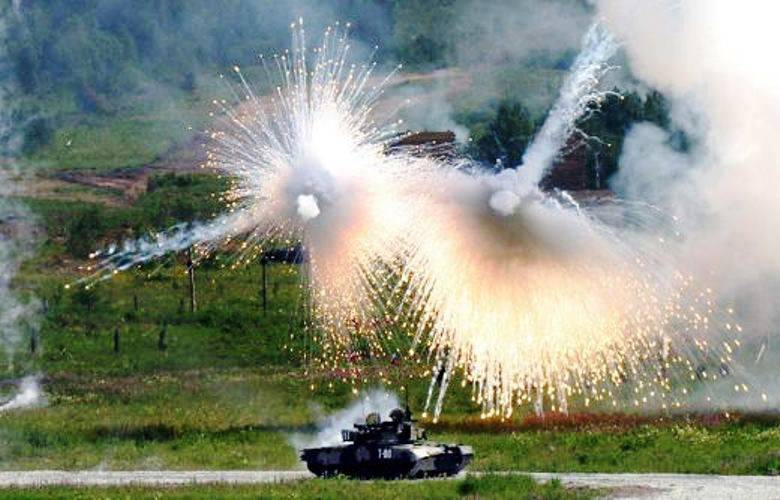 "Available to the Syrians in parts tanks T-72 dynamic defense of the first generation Contact-1, developed more than 30 years ago, is not able to effectively counter guided missiles with tandem warheads, which are used in the TOW-2A complex. In addition, the very basic booking of export models of the T-72, as well as the later delivered T-72AV models, has long ceased to meet modern requirements, ”the author notes.

Meanwhile, in Russia, a universal modular protection complex “Relict” was created, successfully tested on T-72B2 and BMPT “Terminator”. However, today it can only be seen on experienced machines. The former leadership of the Defense Ministry refused to purchase complexes.

“According to military experts, at present, perhaps, the only and most effective method of protecting Syrian tanks can be equipping them with Blind-1 optical-electronic countermeasures. This would allow effectively enough to resist the ATGM using a semi-automatic guidance system, ”writes Romanov.

He notes that "due to the setting of infrared noise in the control circuit of the ATGM, the complex significantly reduces the possibility of missiles entering the tanks."

Of course, the Blind-1 is ineffective against the generation of 3 guided missiles, “but the United States is unlikely to venture to deliver extremely expensive and still secret Javelins to the Syrian militants,” the author notes. According to him, Americans should remember history with the Stingers, which at one time were handed over by the Afghan mujahideen to the worst at that time US enemy - Iran.

At the beginning of the year, information appeared that the Syrian army had already received the Blind complexes, but unfortunately this turned out to be untrue, and tank units continue to suffer losses without effective protection.

We are in Yandex Zen
The National Interest: TOW vs. Armata complex
T-72B3 was declassified at the tank biathlon in Alabino
105 comments
Information
Dear reader, to leave comments on the publication, you must to register.