Debaltsevo has a twin 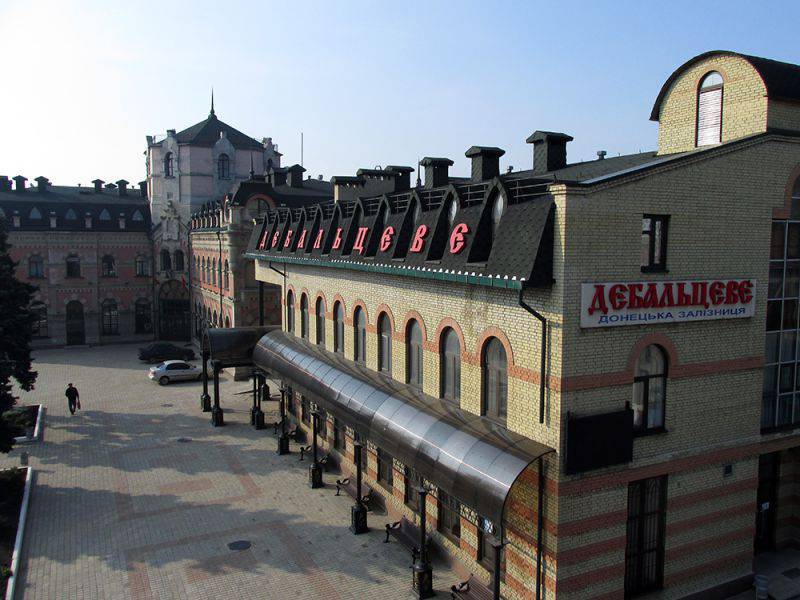 October 20 The Donetsk People's Republic opened a new page in its stories - a page of sister city relations between its own and Russian cities. And it is not by chance that the city of Debaltsevo, the heroic city in which one of the most severe defeats was dealt with the dill, became the first sign in this business.

The Russian delegation arrived in this war-torn city, which included: head of the village Shcheglovo of the Leningrad region, adviser to the governor of the same area Yuri Palamarchuk, one of the leaders of the Civil World organization Vyacheslav Valeryanov and representative of the Russian Union of Journalists Mikhail Torofov. The goal is to sign a twinning agreement. Present were the deputies of the People’s Council of the DPR - Andrei Miroshnichenko (who became one of the main initiators of the agreement) and Natalia Pshenichnaya.

Monument to Soviet soldiers and civilians who died during the Great Patriotic War ... This is a common misfortune and a common history. The memory of that war binds us all ... It was not by chance that the delegation brought here mournful carnations ... 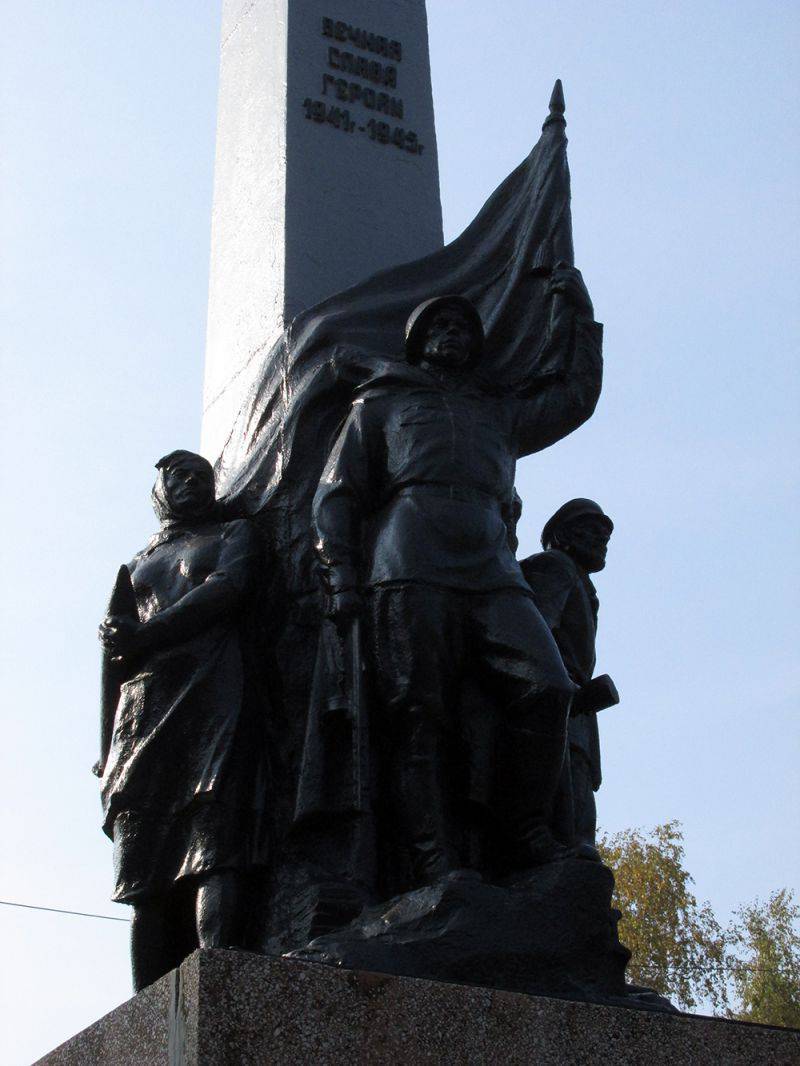 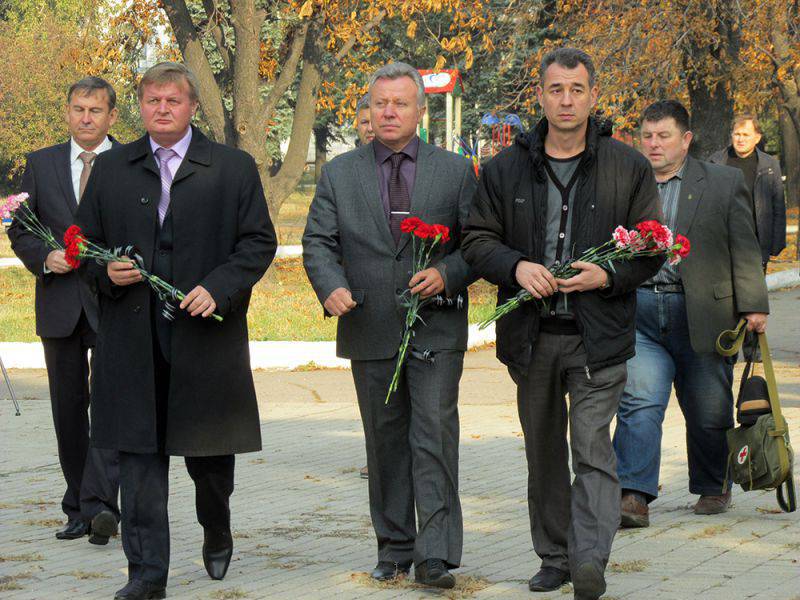 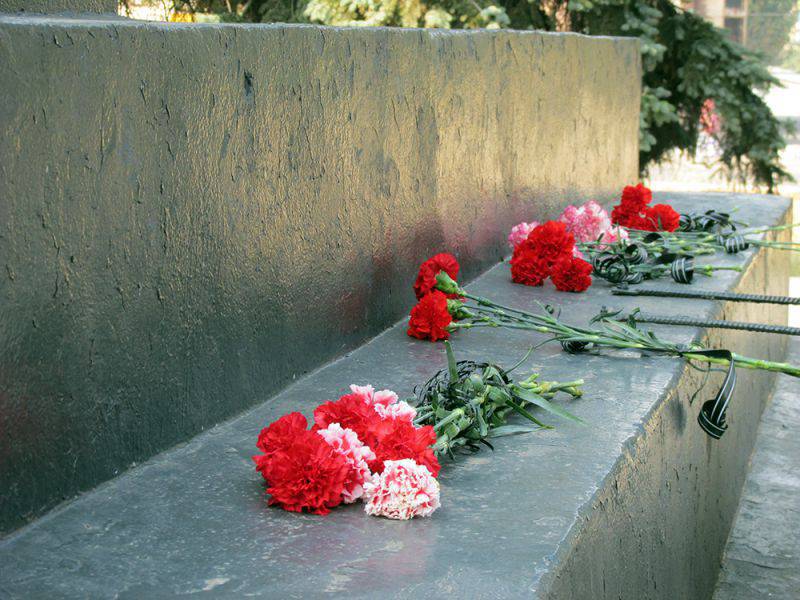 Railway station ... Already almost restored after the fighting. Although here and there you can see the funnels on the asphalt. The building itself was built in the late nineteenth century. Inside, everything is clean and neat, although it was worth a lot of effort. Do not be ashamed to show the representatives of Russia. On the wall is a picture in which the artist depicted the moment of Debaltseve's liberation from the fascists. Joyful residents welcome the soldiers of the Red Army ... 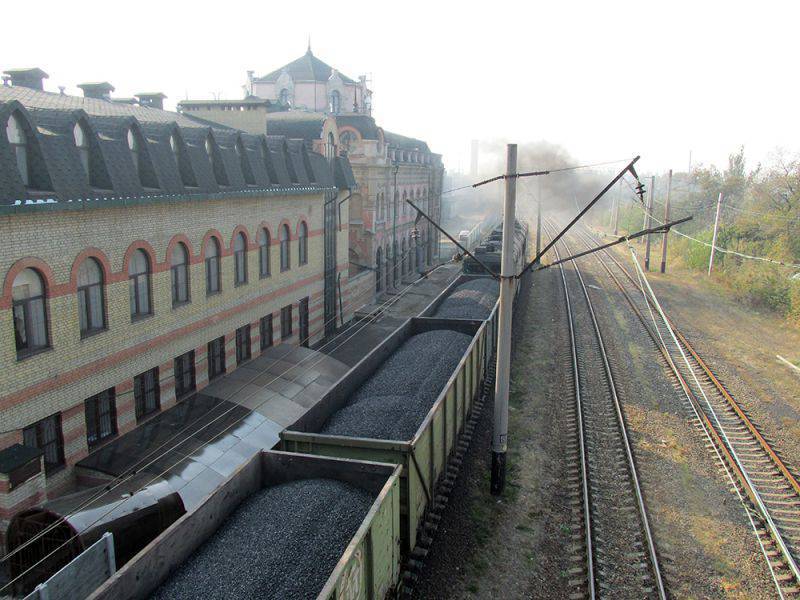 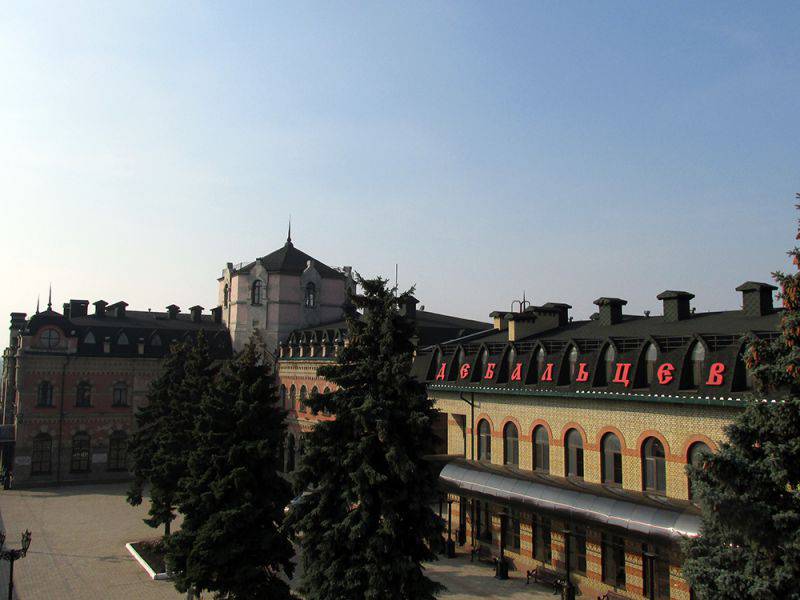 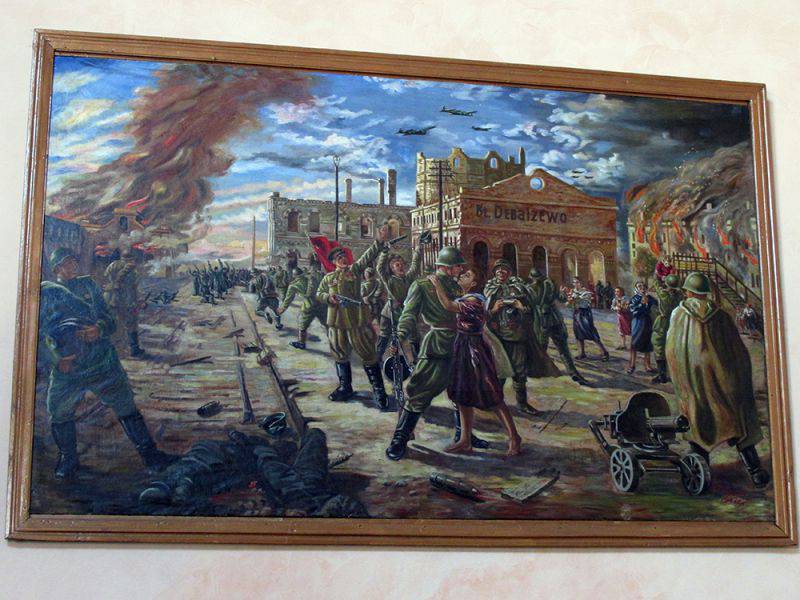 Next - the guests were invited to the Debaltsevskaya School of Art. There the kids prepared a concert in their honor. For their part, the delegates brought with them books about their land and about the Great Patriotic War. 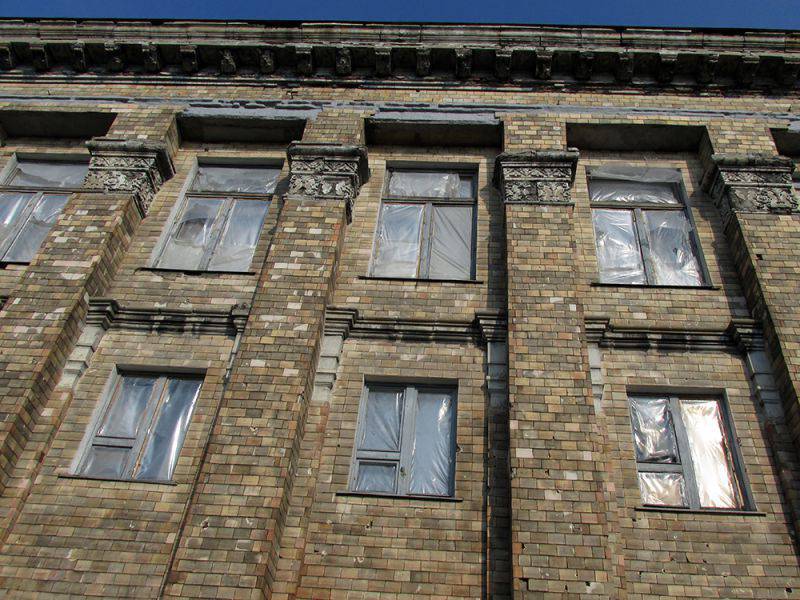 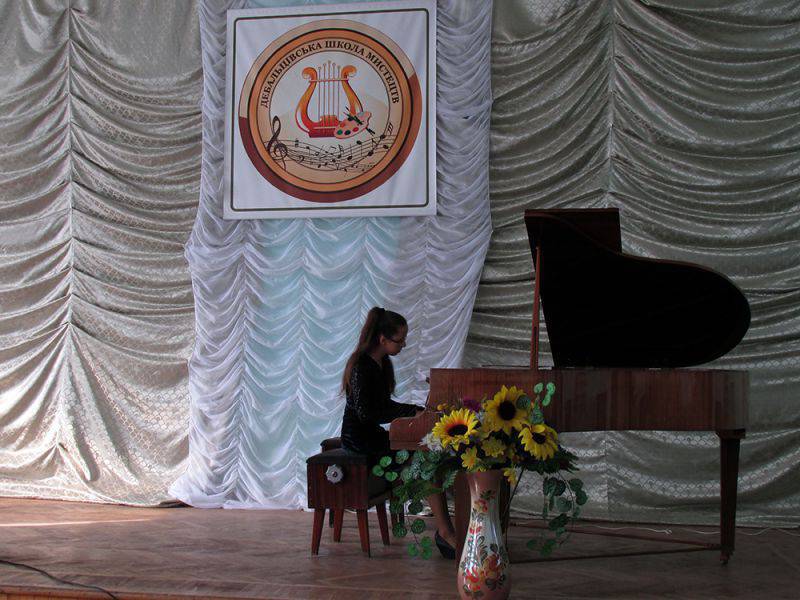 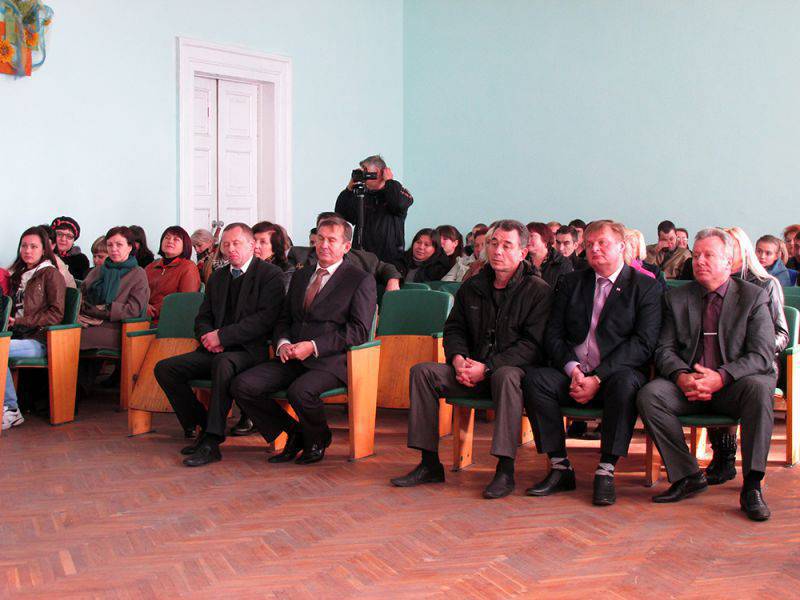 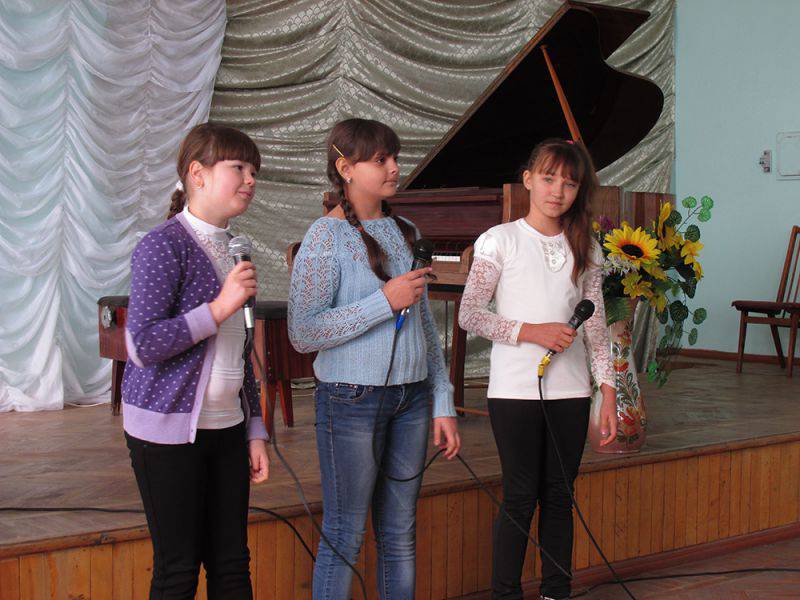 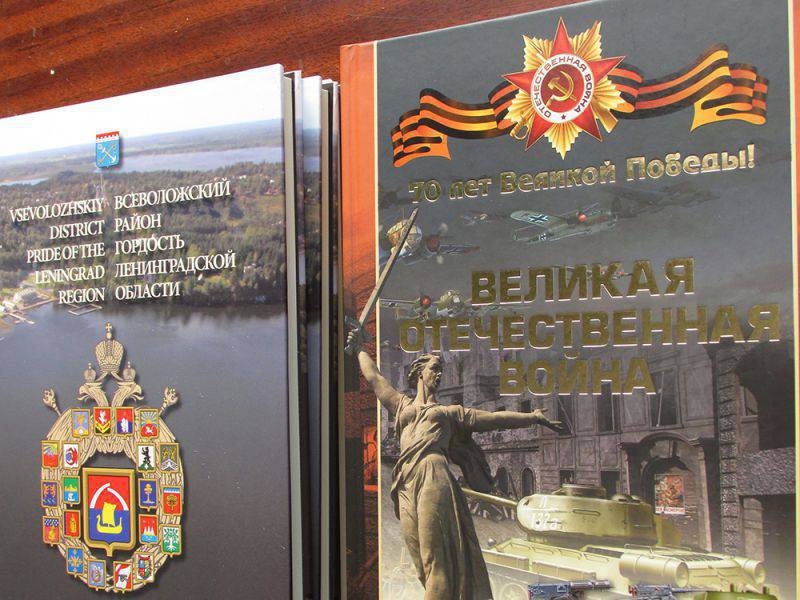 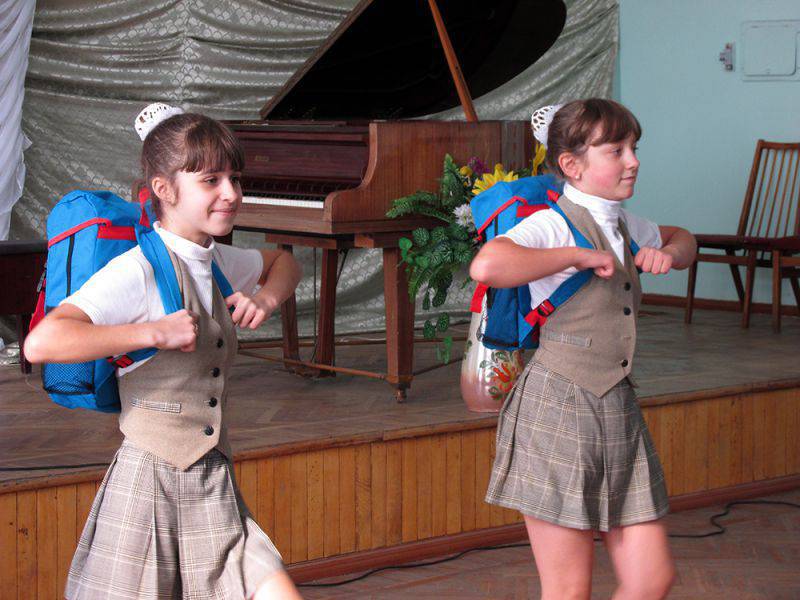 The school itself, like many, many other buildings of Debaltseve, is cut by fragments. Broken windows to hastily shut down than necessary. Including - New Year's posters. Funny Santa Clauses and snowmen look surreal next to terrible markings on the walls. “So we prepared for the New Year,” one of the journalists accompanying the delegation joked darkly. 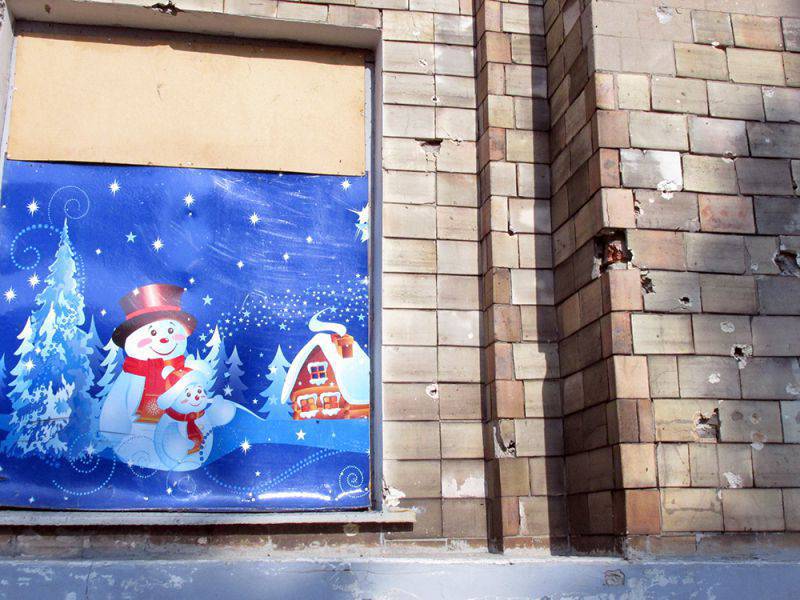 Not far from the school is the Literary Center named after the Ukrainian poet Vladimir Sosyury. He was also subjected to shelling by the Ukrainian junta, although there are voices from Kiev that Ukraine honors its poets. Visitors from Russia are shown this building, the museum of the poet and the library located right there. 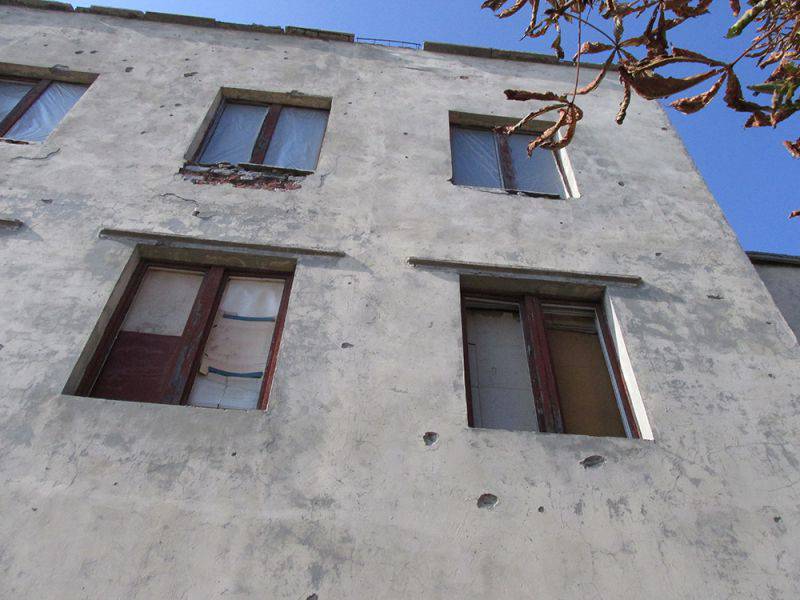 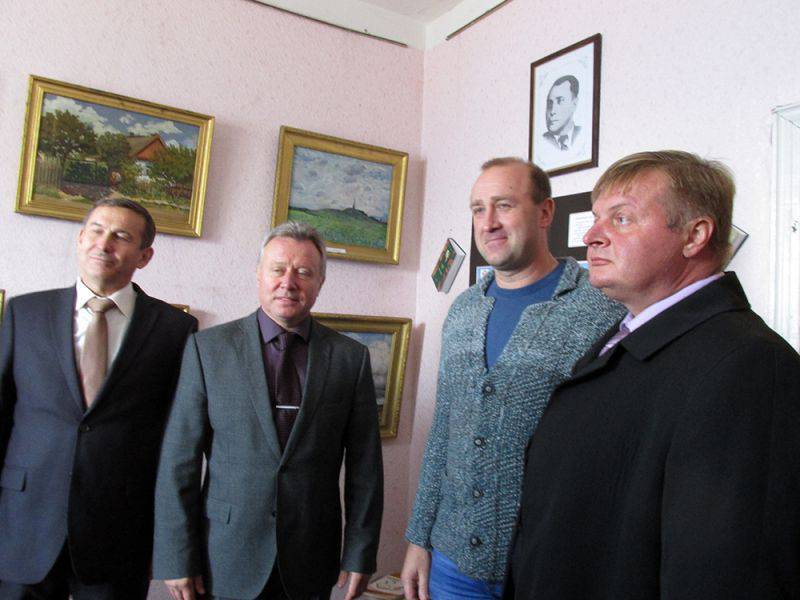 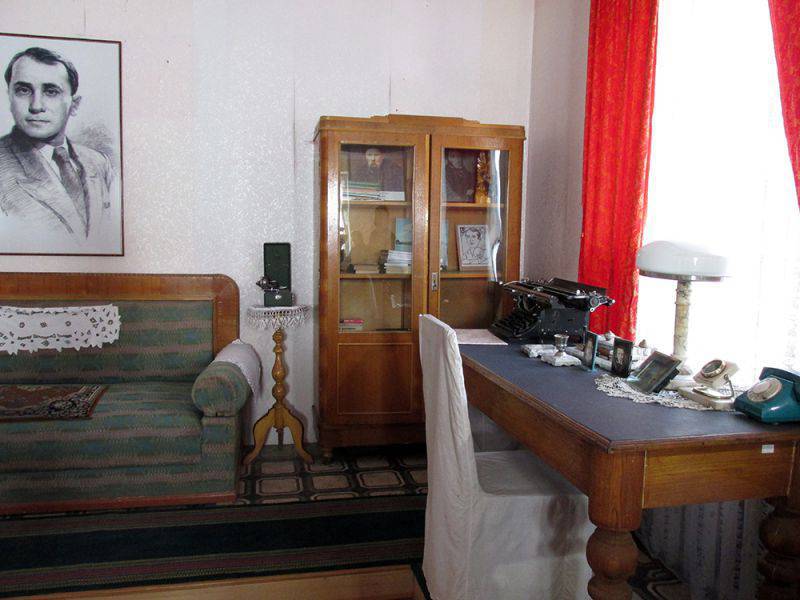 Here again comes the newly appointed. Head of Administration Debaltsevo Alexey Granovsky. In the morning he was summoned to Alexander Zakharchenko, and the mayor was in an optimistic mood. He says that many important documents were signed concerning the restoration of the city.

Against the background of the plastic film covering the embossed window - the announcement of the exhibition "Creative Opening Day." There are handicrafts made by debalchan. The war destroyed part of the exhibition. But people brought new crafts to the exhibition. “Many of them were made in basements, under shelling. It was necessary to somehow distract from reality, ”say the employees of the cultural center. 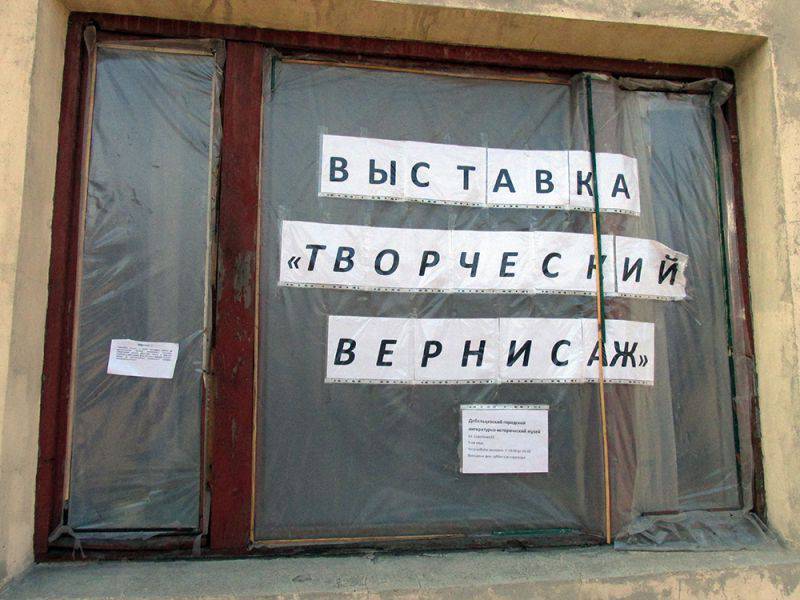 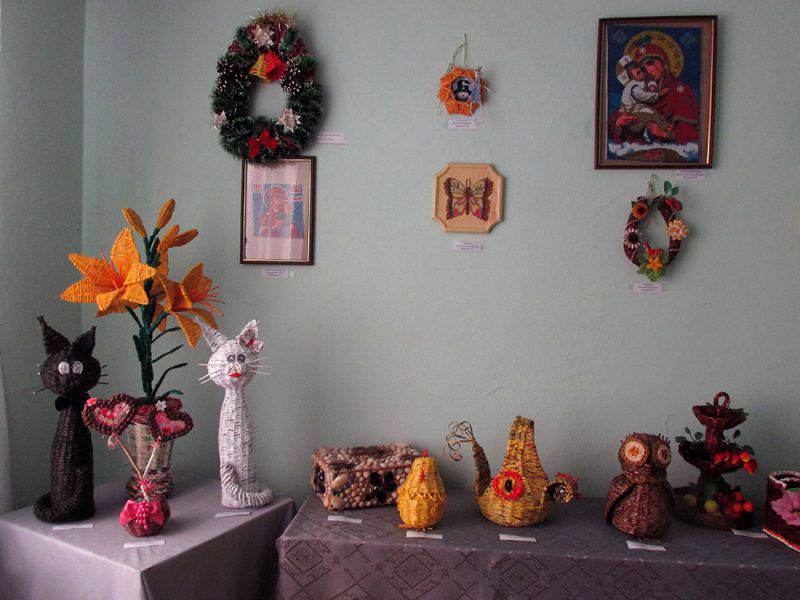 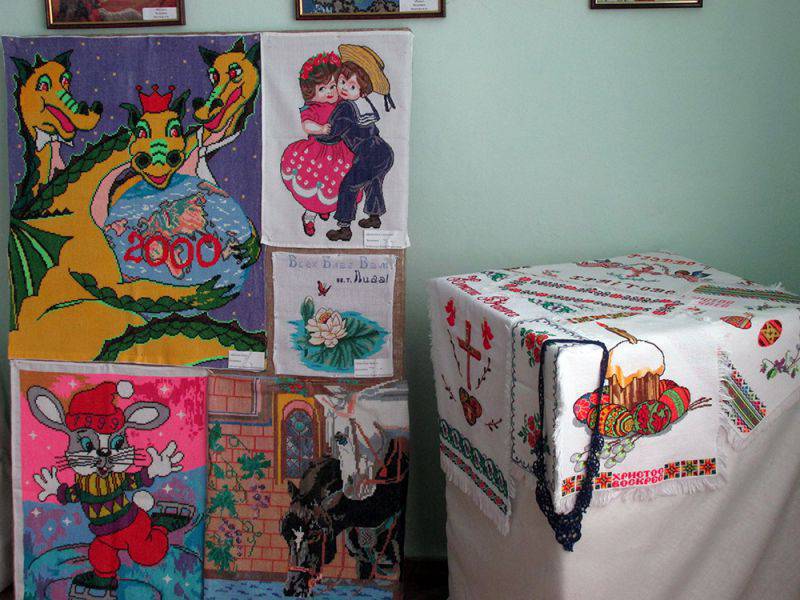 While visiting the library, employees shared their problem - there is a catastrophic shortage of books in Russian. They expressed the hope that cultural cooperation with Russia will help solve this problem. 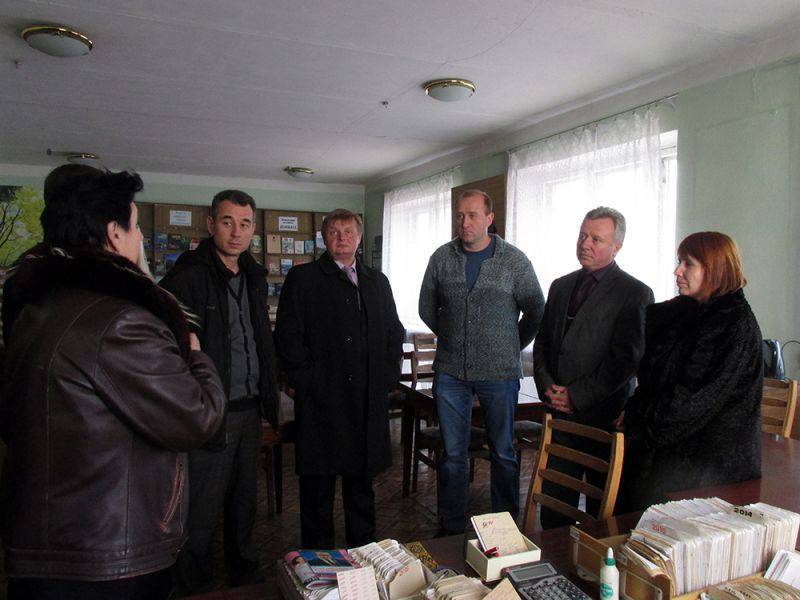 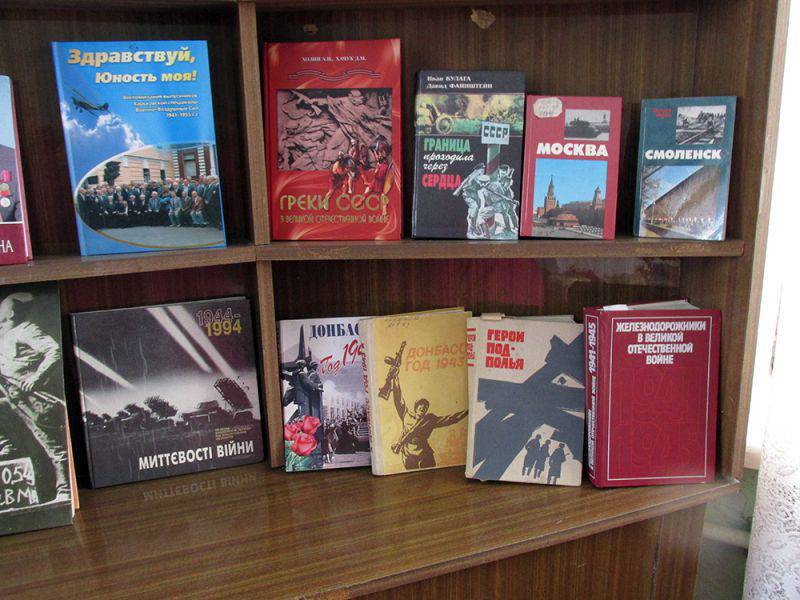 Another affected institution is the Palace of Culture. In the room where the delegation was received, it was a mess, as it was composed of things from those premises that were subjected to fierce blows. Despite this, the two girls prepared musical numbers for the visitors. 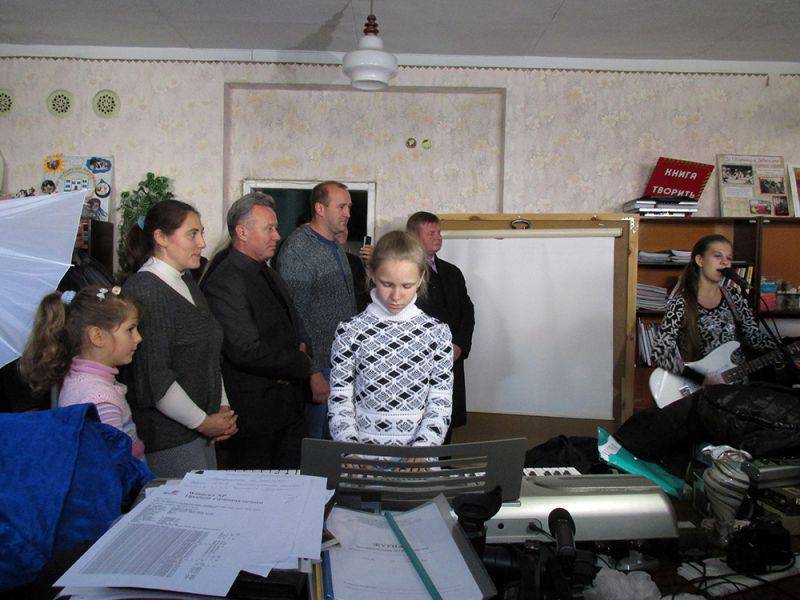 Then all followed to the city administration building. There the signing of an agreement on inter-municipal twin-town cooperation between Debaltseve (DPR) and Shcheglovo (Leningrad Region, Russia) took place. 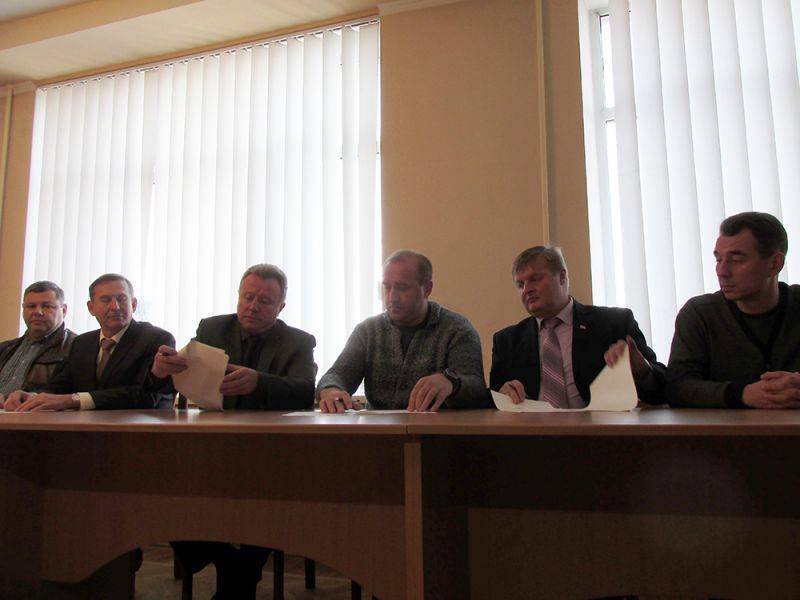 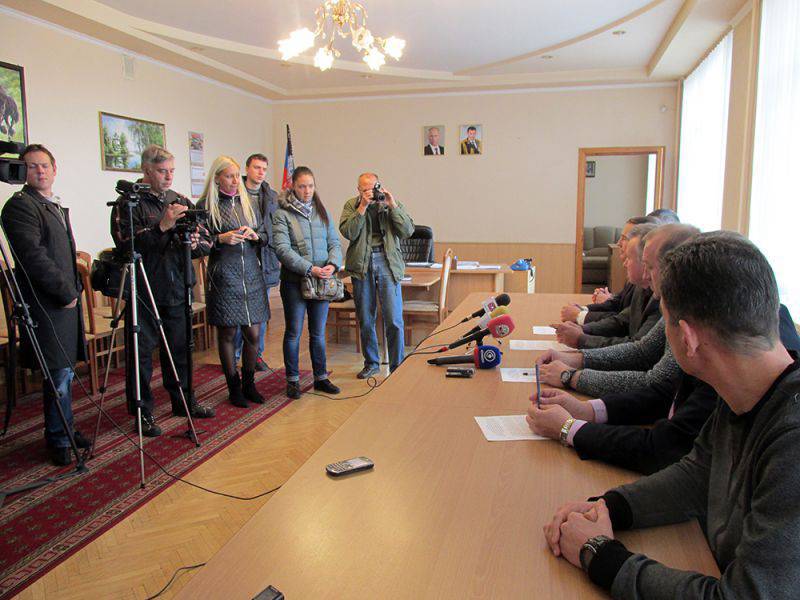 The head of the city of Debaltsevo, Alexey Granovsky, said: “Today we are signing an agreement on inter-municipal twinning cooperation between the municipality of Shcheglovskoye rural settlement of the Leningrad Region and the city of Debaltseve of the Donetsk People's Republic in historical, cultural, patriotic and socio-economic spheres. Such a contract in the DPR is signed for the first time. Our city is a pioneer in this area. ”

Granovsky noted that the city of Debaltsevo was heavily damaged by shelling, however, the Ukrainian authorities had killed him before, before the start of the war, with their devil-may-care attitude leading to the gradual destruction of enterprises and infrastructure.

The representative of Russia, Yuri Palamarchuk, said: “This agreement is a practical step, within the framework of public diplomacy: the establishment of relations at the level of local self-government. I think our inter-municipal agreement is only the first step. I am sure that this agreement will serve as an example for other municipalities. ”

They recalled that Shcheglovo was located near the legendary "Road of Life", along which help was being pushed into the blockade Leningrad. Now the concept of “The Road of Life” for the Donbass means all the ways linking the DPR and the LPR with Russia. The issue of the mutual exchange of children's delegations was also discussed. The guys from the Leningrad region would certainly be interested to talk with the young debalchani and see with their own eyes the wounds that the new fascism inflicted on the city. In turn, the children from Debaltseve could see the legendary city that stood during the worst blockade. “It is best to organize this visit during the famous white nights,” the guests say.

Then the delegates together with the mayor visited the school №1 Debaltseve. This school also got a lot from the riders of the Kiev junta. The same film instead of window glass, the same sad walls, from which plaster flew. However, even here, the students staged a concert, which was held in the premises of the school museum. A small school museum, where next to the exhibits about the Revolution and the Great Patriotic War - the fragments of the new shells of the new war ... 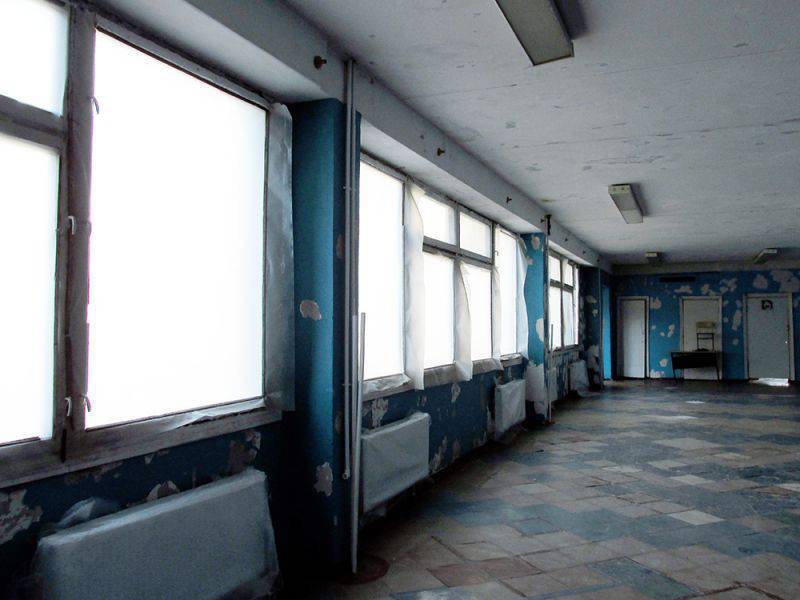 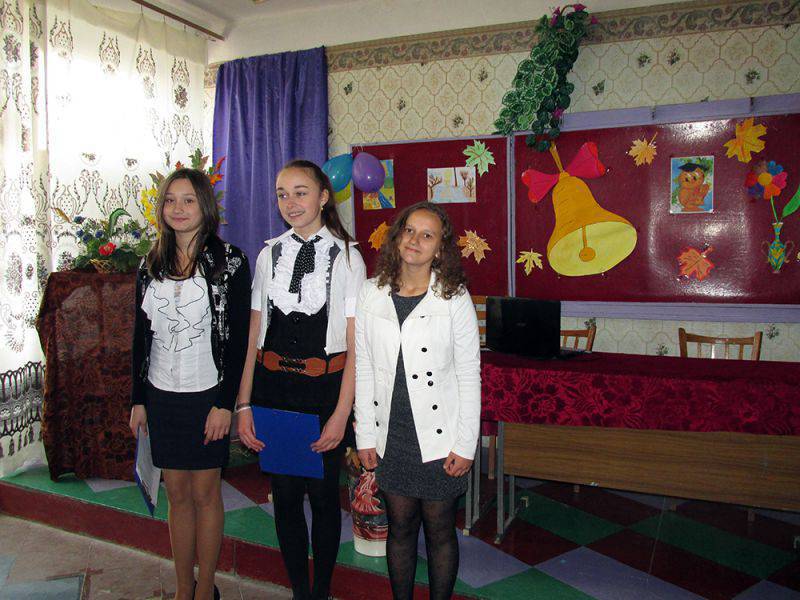 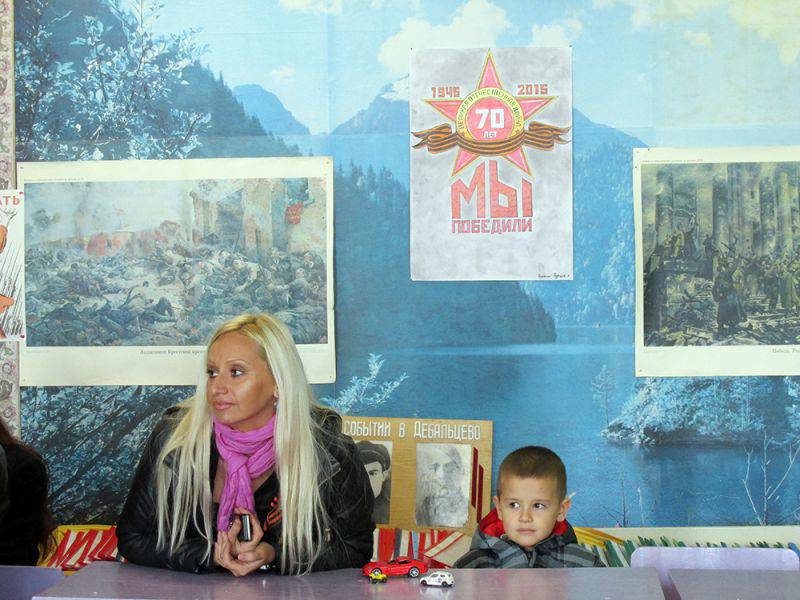 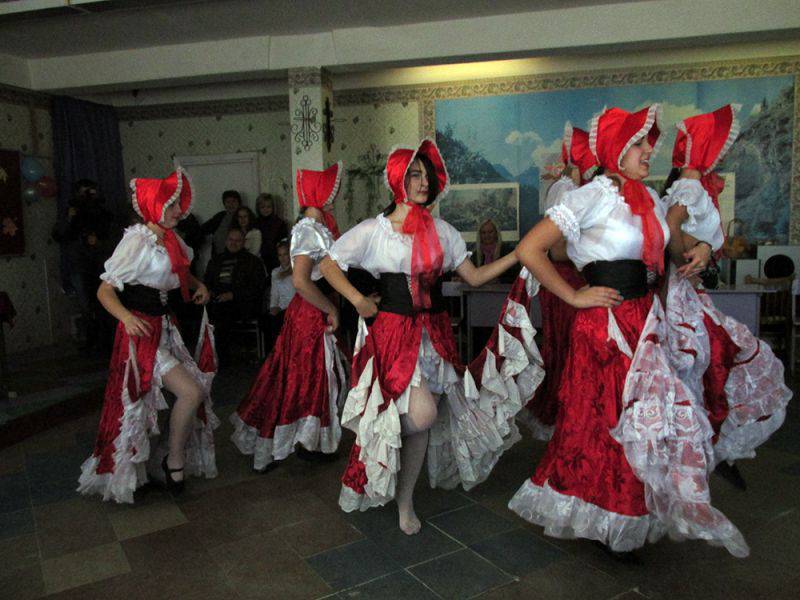 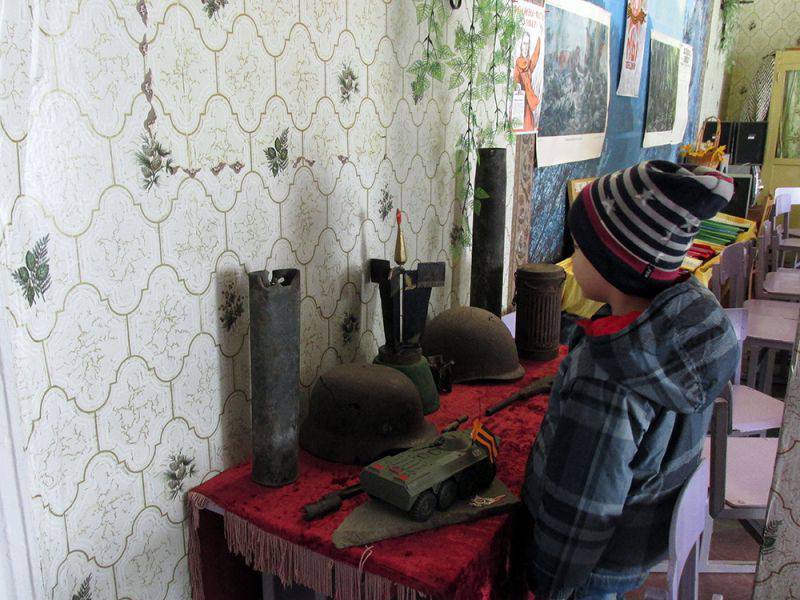 Ctrl Enter
Noticed a mistake Highlight text and press. Ctrl + Enter
We are
DNR-2015: the year between war and peaceArmored vehicles of Yugoslavia. Part of 3. Yugoslav People's Army (1945-1980's)
16 comments
Information
Dear reader, to leave comments on the publication, you must to register.