October 22 2015
10
How to make the enslaved hostile province only pro-imperially minded? How to channel the energy of a captured people in a peaceful way to a constructive way? How, in the end, to protect against all rebellions and revolutions on this earth? These questions, which have always been relevant for major powers, will be answered by the plan of Oginsky, one of the brightest diplomats of his time. 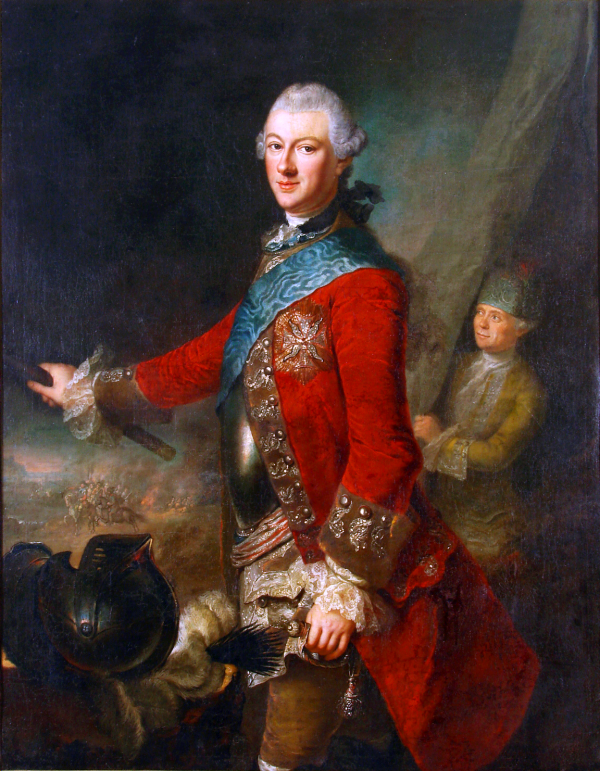 Ahead of your time

Mikhail Kleofas Oginsky - personality, in the domestic stories little known This is not surprising, because by origin he was a Polish-Belarusian aristocrat and, if not for the vicissitudes of fate, he would hardly have left a mark on the foreign policy of the Russian Empire.

He was born in the town of Guzów, near Warsaw, in a status noble family. From birth, he was destined to become an extraordinary person: Michael’s uncle was a great Lithuanian hetman, several of his ancestors at one time served as high-ranking officials and military leaders in Rzecz Pospolita. From an early age he learned the basics of the humanities and the exact sciences. Moreover, young Mikhail will succeed in writing musical works in the future, and his famous Polonaise “Farewell to the Motherland” will be included in all collections of classical music, but this is another story.

Already in 19 years, Mikhail Kleofas was in the Polish Sejm. There, among the endless debates, disputes and major decisions, he honed his oratory, his statist views were shaped. In the 6 year of service, Count Oginsky proved himself to be such a reliable and trusted figure that he was sent as a diplomat to Western Europe, but almost immediately, in the 1790 year, he returned to Poland.

The further life of Oginsky developed swift steps. He takes an active part in resisting the Russian-Prussian intervention, and when the Polish uprising begins, he forms a cavalry regiment of horsemen with his own money and conducts military operations against Russian soldiers. The defeat of Kosciuszko and other "freedom fighters" forced Michael to flee in a roundabout way through Galicia to Western Europe, where he settled for some time, met the Polish emigration and, on her instructions, even went to Istanbul to force the Turkish authorities to start an open war with Russia .

At the beginning of the 19 century, the political situation at the top of the empire changed. Instead of Paul, the more compliant Alexander the First ascended the throne. Thanks to his will, almost all the leaders of the Kosciuszko uprising were amnestied, and to some, including Oginsky, their previous possessions were returned in full.

Mikhail Kleofas returned to his homeland, now consisted in another state. He came back, picking up a sad experience that forever changed his outlook. Suffice it to say that he did not even try to uphold the Greater Poland ambitions, but directed his energy in a different direction - he tried to find the shortest way to reunite Lithuania and the North-West Territory with Velikorossiya.

In 1810, Oginsky moved to Petersburg and became a confidant of Alexander the First. From this point on, he creates his main masterpiece, his Ninth Symphony - the plan of Oginsky.

Being in Warsaw for some time, Oginsky communicated a lot with his compatriots and was amazed at their reverence for Napoleon and France. Polish patriotic circles were dominated by pan-French sentiments, which were hopes of achieving independence after the conquest of these lands by the army of Bonaparte. Thinking about this for many days, he decided to put forward his ideas on the transformation of the western provinces.

In April, 1811, Michael Kleofas Oginsky got an audience with the Emperor. They had a long conversation on abstract topics, but sooner or later the conversation simply had to turn on the Polish topic. The diplomat was expressing his thoughts in a continuous stream, trying to find points of contact with the interlocutor. Alexander the First, with a hope of belonging to the Polish elite, although he did not harbor any illusions about her moods, listened to Michael with the deepest attention. Later they corresponded for a long time, and Oginsky put forward more and more bold prospects for the development of his homeland.

In this case, the Oginsky plan affected the territory of the former Grand Duchy of Lithuania rather than Great Poland. He proposed a universal solution to the separatist problem (and I dare to note that it was relevant for decades after the partition of the Commonwealth): to develop such autonomy to the newly annexed provinces, that they, on the one hand, would feel independent keep only in close connection with Russia.

It was supposed to create a special province, consisting of Vilna, Grodno, Minsk, Vitebsk, Mogilev, Kiev, Volyn, Podolsk and Belostok regions, as well as Tarnopolsky district. She would be ruled by a special imperial governor (apparently, Oginsky saw himself at this place), Vilna would become the capital. It would also be in a cosmetic form recreated the Statute of the GDL of 1588 of the year, which would be a formal sign of the province’s sovereignty. The idea was to appoint to government posts only natives of these provinces (Belarusians, Ukrainians, Lithuanians, Jews, partly Poles and Russians). And, of course, the most ambitious project of our hero - “Lithuanian army”, an army in the army, which would be devoted to Russian ideals and would fight the same Napoleon on a par with Russian soldiers.

In fact, Oginsky’s plan not only cut off Belarus and Lithuania from Polish influence - he also created a solid state foundation on these lands, transforming them not just into a political buffer on the outskirts of the empire, but into a powerful territorial unit with historically self-governing that could bring great benefit to Russia. And even more, to create a powerful pro-Russian core, to attract magnates and gentlemen to one’s side, just by creating a beautiful picture and playing on national-patriotic feelings, create a powerful foundation in Eastern Europe that would play in favor of the Russian side an important dispute. And to form Lithuanian statehood on its own terms and gradually develop such a system of balances, in which, as it were, an independent territory would still have to follow Russia.

Unfortunately, the approaching army of Napoleon forced Alexander to reconsider his beliefs. This happened under the influence of the Russian power elite, which looked at what was happening rather one-sidedly. Subsequently, the remaining contradictions in the administration on the territory of Poland and the former ONL led to several uprisings, which had a heavy effect on the moods of Russian society and had significant consequences.

After the war, Alexander the First returned to the ideas of Polish-Lithuanian sovereignty several times and even considered them with his old acquaintance, but Michael’s health no longer allowed him to engage in public affairs at the same level. In 1817, he received leave and went abroad, no longer returning to Russia. Count died in 1831 year in Florence.

It is unlikely that Oginsky himself could suspect that his plan for general requirements turned out to be universal and usable two hundred years later. In our time, aggressive centralization and complete subordination of dominion to oneself is a trend that has become obsolete. Meanwhile, the idea of ​​a “state in a state” of a Polish diplomat is probably the only way today to safely absorb ethnically close and politically alien lands.

Ctrl Enter
Noticed a mistake Highlight text and press. Ctrl + Enter
We are
Myths of the Great Patriotic. Papier mache helmetFather told
10 comments
Information
Dear reader, to leave comments on the publication, you must to register.