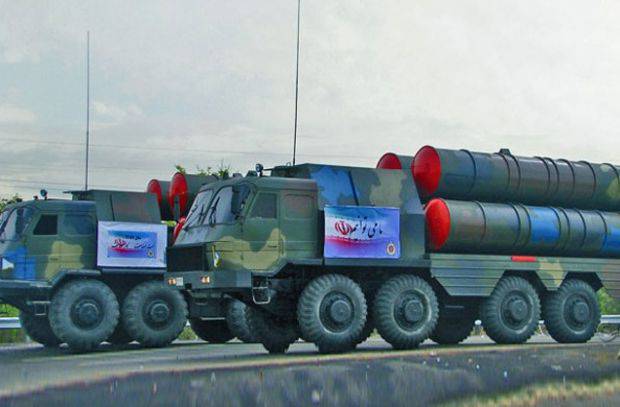 The army of the Islamic Republic of Iran will adopt the C-300 and local production air defense missiles promised by Russia
Tehran plans to close the sky over the Islamic Republic of Iran (IRI) with the help of long-range anti-aircraft missile systems Bavar 373. Until March, 2016, the tests will be conducted, and in March, the 2017 of the new air defense systems should be ready to repel enemy air attacks. This was announced by the commander of the base of the air defense "Khatam al-Anbiya" Brigadier General Farzad Ismaili.

The Iranian military does not hide the fact that the Bavar 373 is the equivalent of the legendary Russian anti-aircraft missile system C-300. The word Bavar in translation from Farsi means "Symbol of Faith", and 373 - the numerical value of the name of the Prophet Muhammad in the Abjad system. Information about the start of work on the creation of the air defense system appeared in the Iranian media at the end of September 2010. According to media reports, Ayatollah Khamenei gave permission for this.

Thus, the official Iranian authorities reacted to the unfriendly step of Dmitry Medvedev, who was then president of the Russian Federation. In 2010, Moscow supported the UN Security Council resolution on sanctions against Iran, which included, among other things, restrictions on cooperation in the field of military technology. At the same time, the document allowed Russia to fulfill the contract from 2007 for the supply of five C-300 PMU-1 divisions to Tehran worth 800 million dollars. However, Medvedev went on about the Western colleagues and decided to abandon the contract.

Moscow could pay dearly for unilateral failure of obligations. Russia returned an advance to Tehran and faced a lawsuit for 4 billion dollars in the Geneva Arbitration Court. In April, 2015 of the year, Russian President Vladimir Putin corrected the mistake of his predecessor and canceled his decree, but the situation with C-300 is still not resolved. Russia continues negotiations on the supply of air defense missiles, and Iran is not going to withdraw the lawsuit until it sees the C-300 on its land.

Not much is known about Bavar 373. Iran demonstrates the "miracle" of its own production only in parades, without revealing its tactical and technical characteristics. The representative of Iran's top military command, General Ahmad Reza Purdastan, believes that Bavar 373 is a more powerful and advanced system than its rival C-300. According to him, the complex "was fully established in Iran." And General Farzad Ismaili is completely convinced that Iran will soon be able to do without Russian air defense systems.

According to official data, the pace of work on the Bavar 373 is unusually high. A year after the announcement of the start of work, in November 2011, Tehran announces the creation of the first prototype, which was the fruit of the efforts of the Ministry of Defense, enterprises of the defense industry complex and several universities. However, the tests of Bavar 373 were constantly postponed. In 2013, Tehran was going to test the complex until March of 2014, and now the tests have been rescheduled for March of 2016.

Experts polled by the “Russian Planet” believe that Tehran, under conditions of formal isolation, has made great progress in the development of its “defense industry”, but clearly exaggerates current achievements. Dmitry Kornev, the founder of the Military Russia portal, believes that Iranian engineers almost certainly used Russian, Chinese or North Korean developments: “We can assume that Iran gained access to C-300 technologies through the operators, Syria or China. Also an analogue of the C-300 is in the DPRK - KN-06 ".

Kornev believes that Tehran began research and development work before the official announcement of the Bavar 373 project in September 2010. "Iran could not start developing Bavar 373 from scratch." Either he started it earlier, or he got an actually working foreign technology. Recall that the Soviet Union worked on the creation of C-300 for about 10 years, ”says the analyst.

According to Kornev, Bavar 373 can really be better than the C-1980 developed in 300-ies. “The Iranian long-range air defense system will have modern locators and electronics. In this case, Bavar 373 will be able to accompany more goals. At the same time, old rockets can be used, they play a minor role in such complexes. The main thing is locators and electronics, ”the expert emphasized.

Said Aminov, the editor-in-chief of the site Vestnik PVO, also cautiously suggested that Bavar 373 is not a full-fledged product of the Iranian defense-industrial complex. “Due to the sanctions, Iran has limited access to high technology and has tried to develop in an original way. Part of the Iranian technology was modernized using Western and Soviet-made samples, ”the analyst noted.

Iran will not do without C-300

Creating an effective air defense and missile defense system is one of the priorities in Iran’s military policy. Own military equipment capable of protecting against enemy attack is a matter of life and death for the Islamic Republic. Israel and the United States with enviable regularity come up with threats of strikes from the air and sea. Despite the conclusion of a nuclear deal, Tehran’s relations with Washington and Tel Aviv have not warmed.

External circumstances are pushing Iran to develop military technology. Radar systems (radar) are playing a huge role in Iran’s air security, allowing you to track the movement of enemy aircraft and missiles. In particular, Tehran boasted of a radar capable of detecting objects at a distance of about 3 thousand km.

A few months ago, a modified long-range Qadir radar was deployed in the south of the country, capable of detecting airplanes at a distance of 600 km, and ballistic missiles at a distance of 1,1 thousand km and altitudes of 100 km. In autumn, the republic should adopt new anti-aircraft missile defense systems, which will cover the south-western borders of the country.

In April, 2015, Iran successfully launched missiles of the Talash air defense system. Farzad Ismaili argues that the "new" is the brainchild of the Iranian defense industry, the work on which ended in November 2013. 11 October of this year, Tehran tested a new long-range ballistic missile, for which he received a portion of the charges of violating UN Security Council resolution 1929. 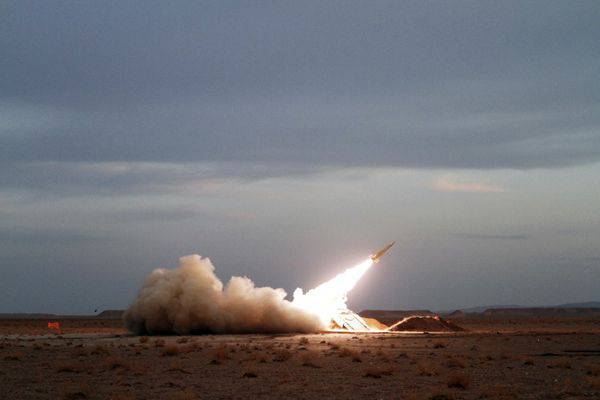 Dmitry Kornev believes that the Bavar 373, in combination with the Russian C-300, if delivered nevertheless, will reliably protect the Iranian sky from Israeli and American aircraft. “A sufficient number of Bavar 373 and the well-established interaction of air defense systems will at least seriously complicate any air attack,” the expert is sure.

“The presence of Iranian C-300 systems would precisely solve the issue of closing the sky from Israelis and Americans. In fact, in Iran there are not so many major scientific and industrial centers in need of defense, ”noted Kornev. According to him, Tehran has enough of those five divisions that have not yet been set up for the defense of the capital and key facilities.

We are in Yandex Zen
Russian C-300 Iran will shut down missile plants
Iranian geography
36 comments
Information
Dear reader, to leave comments on the publication, you must to register.