By the Decree of the President of Russia, the Day of Financial and Economic Service of the Armed Forces of the Russian Federation was entered into the list of professional holidays and memorable days. According to the decree, military financiers will celebrate this holiday annually on October 22.

The appearance of the Decree was preceded by a painstaking work with archival documents, thanks to which it was possible to supplement history the emergence and formation of army financial agencies, as well as a new assessment of the contribution of military financiers to improving the country's defense.

“The“ farm ”of the nachfina regiment during the Great Patriotic War was extremely austere: a metal box for storing money, a wooden box for financial documents, and a field bag with a money book and a check book”
It was October 22, in 1918, by order of the Revolutionary Military Council of the Republic (RVSR) for the first time in the history of the army and fleet a regulation on the financial department was adopted and a legal document on an independent financial authority was put into effect.

The issuance of this order was due to the fact that due to the rejection of the voluntary principle of recruiting the Red Army and the transition to building a regular army, it was necessary to abandon various extra-budgetary sources of financial support for voluntary units and organize financial support for regular units and formations entirely at the expense of the state budget .

The Finance Department under the RVSR was entrusted with providing necessary loans to the fronts and individual armies and treasury service for the army.

The financial department had to perform its functions in the conditions of economic ruin and the depreciation of money.

During the Civil War, the functions of the Finance Department were expanded in accordance with the situation. Thus, the department was entrusted with the management and management of all field treasuries, financial control and other functions.

When forming the Finance Department under the RVSR and the Regulations on it, two fundamentally new circumstances were identified. 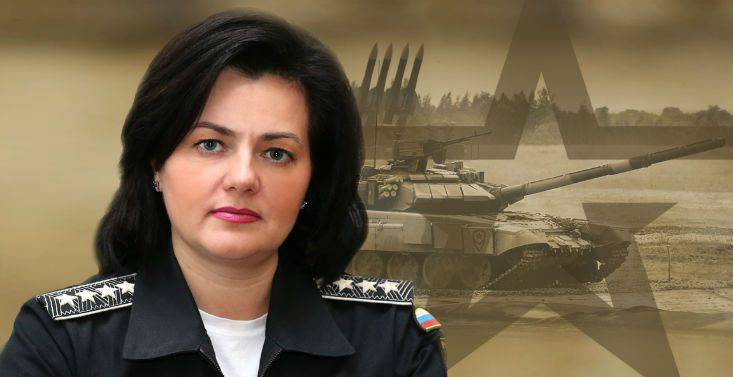 The first: it was established that the positions of financial workers are staffed by persons commanding officers. Until this period, in the tsarist army, the financial bodies were staffed by military officials. In the post-revolutionary years, this was due to the need to subordinate the financing system to people taking the oath of allegiance to the new government on a par with other representatives of the command and commanding staff.

Second, the “integration” of the financial support system (as well as other support systems) was determined in the regular organization of troops and command and control units and in their daily activities. This was due to the special conditions of combat activity, the need to perform tasks for the troops in any conditions of the situation and ensure their independence.

The Financial Service of the Red Army, under the leadership of the Finance Department under the RVSR, fulfilled its duties in 1918-1920, having accumulated a wealth of experience in mobile response to rapidly changing economic and military circumstances, and laid certain foundations for organizing financial support for the further improvement of the Armed Forces of the country.

During the construction of the Red Army from 1921 to 1941, the position of financial service was strengthened.

The 1921-1936 years are a period of troop self-service practice in which internal sources of funding were important. And in the prewar years, the troops switched to strict budget financing. In 30-s, with the increasing role of the financial service, all management systems were improved, the Regulations on financial economy (1936, 1938, 1940), the Regulation on financial control (1936 of the year and 4 of April 1941) were issued, the Regulation on the monetary allowance of military personnel and pensions, a special order on measures to transfer the financial service to the provision of troops in a war.

When you read these documents, you understand that the main approaches to the organization of financial support for the troops, embedded in them, are still relevant today.

During the period of the Great Patriotic War, along with the main task of ensuring the uninterrupted support of the combat activities of the troops, a very important task was to achieve, by introducing a strict economy mode, high efficiency in the use of military allocations. 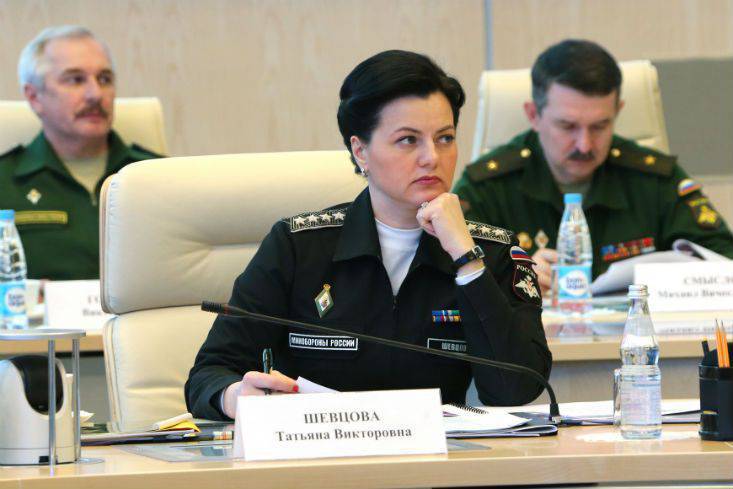 “The establishment of the Day of Financial and Economic Service can be considered a state recognition of the contribution of military financiers and veterans of the Great Patriotic War to strengthening the country's defense, as well as a tribute to our veterans who managed to build an effective system of financing the army and navy,” said Russian Deputy Minister of Defense Tatyana Shevtsova . - October 22 will have another reason to meet with our distinguished specialists, to congratulate them, to recall those who are no longer with us. The modern generation of military financiers is determined to preserve and multiply the traditions of service accumulated over decades of decent work in the interests of the state. ”

Military expenses then accounted for 51 percent of the state budget, and the task was set: to save on everything.

During the Great Patriotic War, the military financiers managed to create a mechanism that ensured the mobilization of the state’s economic resources and the restructuring of its economy on a military footing, and organized competent planning of budget expenditures. The key issue was to ensure uninterrupted funding of the front's needs. Suffice it to say that over that half of all budget expenditures of the country passed through the financial system of the army and navy!

From the first days of the war, the order of financial planning and financing for wartime was put into effect. Quarterly cash planning has given way to a month. In accordance with the requirements of wartime, the structure of financial bodies of the military unit was adjusted, in particular, financial departments were created as part of the fronts and armies.

The “farm” of the nachfina regiment was extremely ascetic: a small metal box for storing money, a wooden box for financial documents, and a field bag with a money book and a check book.

The organization of financing the existing army was carried out simultaneously with the establishment of their cash and settlement services. Field institutions of the State Bank were formed: in the fronts there were offices, in the armies there were offices, in the formations there were cash desks. At the same time, significant amounts of funding accounted for military supplies: up to a third of all expenditures according to the estimates of the People's Commissariat of Defense.

Interestingly, the quality of the work of military financiers in those years was also assessed by the level of cashless payments. Certificates were introduced to the officer corps for families, a subscription to government loans, contributions to defense funds were organized. The financial services specialists were also entrusted with the task of accounting for captured values ​​and foreign currency, which were accounted for by acts of commissions of military units.

The quality of the work of the financial service of the Red Army during the war years is eloquently evidenced by the memories of the then Finance Minister Arseny Zverev: “With large funds, the Directorate of the People’s Commissariat of Defense had such reserves that even Narkomfin did not have. But it never clung to them, but approached the matter in a state way. In this regard, the contact between me and Khotenko (the head of the Department of Defense Commissariat of Finance) was complete. If the Commissariat of Finance faced difficulties (and during the war, naturally, it happened more than once), I firmly knew that, turning to the Financial Department of the Commissariat of Defense, I would meet with assistance. ”

The contribution of military financiers to the Victory was appreciated by the state. 95 percent of the army and navy financial service officers were awarded orders and medals.

In the first post-war years, when the country directed enormous resources to rebuild the national economy destroyed by the war, the army and navy were tasked to develop and use the capabilities of the economy of the Armed Forces. Hence, the accelerated development of various economic areas of the Armed Forces (construction, industrial and agricultural production, military trade, the internal economy of the troops, etc.) and, accordingly, the strengthening of the role of the financial services of the Ministry of Defense and its gradual transformation into financial and economic.

During the Cold War, when the reform of the Armed Forces was carried out in the direction of strengthening the nuclear missile component, the army and navy were increased to almost five million people, which resulted in the inevitable development of the uninhabited northern, eastern and southern territories. These circumstances placed the troops in conditions that required the development of their own internal economy, independent support services, including and financial. This also led to a wide development of the network of field banks.

The system of financial support of the Armed Forces was improved along with changes in their military composition, military and social infrastructure.

The troops should be engaged in the solution of their main task - the achievement of high combat readiness. Therefore, today all the functions of material and financial support have been withdrawn from the combat echelon and concentrated in territorial bodies.

This solves not only the task of increasing the mobility and combat readiness of the troops, but also the possibility of the most efficient use of human resources, the introduction of modern analysis tools, technical innovations and, of course, saving financial resources.

Such a system of financial support for the troops (forces) has already shown its advantages and is in line with the chosen strategy of building the Armed Forces of Russia.

Today, the basis of the financial security system is a territorial-branch principle.

Financial support for military units and organizations of the Armed Forces is carried out through territorial financial bodies and industry managers: these are military training and scientific centers and leading military medical institutions that have their own financial bodies.

The levels of bringing budget funds to recipients and participants in the budget process were optimized, the principle of operational subordination of the heads of territorial financial bodies to the commanders of military districts was implemented. At the same time, the tasks of financial support of the units are excluded from the duties of commanders The calculations with the personnel of the military unit have been transferred to the Unified Settlement Center of the Ministry of Defense of Russia.

The created system of financial support for troops (forces) ensures the transparency of financial flows and allows solving tasks for timely and full funding of military formations in various conditions of the situation, including when solving suddenly arising tasks.

Responding to threats and challenges to its security, Russia launched a large-scale modernization of the Armed Forces. Objectively, this is a long-term and very expensive process. And how effectively the funds of the federal budget will be spent directly depends on the national security of the Russian Federation. In turn, the high level of military security by the very fact of its existence guarantees the stability of the economic system, the safety of investments in the Russian economy and people's confidence in the future.

Ctrl Enter
Noticed oshЫbku Highlight text and press. Ctrl + Enter
We are
Way out of chaosWill Kudrin’s resignation lead to the abandonment of the “currency committee” regime?
Military Reviewin Yandex News
Military Reviewin Google News
26 comments
Information
Dear reader, to leave comments on the publication, you must to register.