October 22 2015
89
No, well, it happens the same way ... Elections, re-election, democracy, neighborhood relations. The president is calling the most democratic power in the world, with congratulations to a colleague in Canada, and he like him, yes, thank you, very nice, and all that. And yes, Mr. Obama, we from Syria are ... dumping. 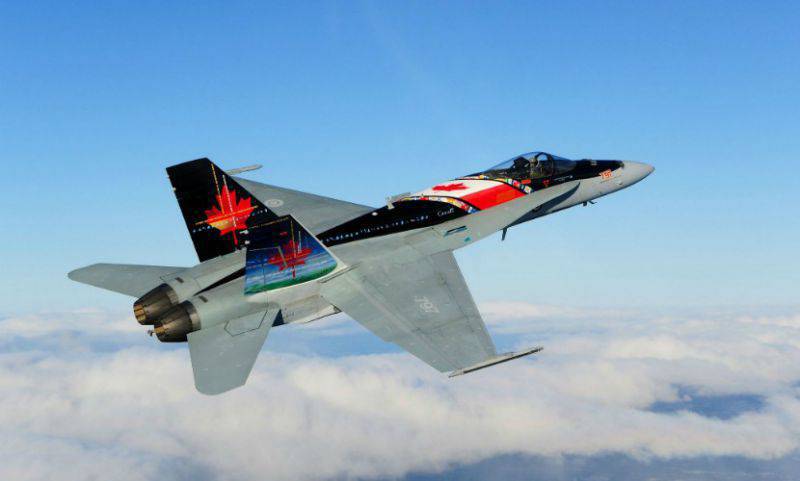 No, we both fought with IS, and we will fight. The war against international terrorism is sacred. And our role in this war will continue to be significant, and so on.

But our military people we are from Syria ... we withdraw. And all the bells and whistles that were brought, also pick up. Husseinich, you yourself, without offense, you understand, I promised the people before the elections. And since my party only entered the first term, then ... Well, everything is clear.

This is the turnaround made by the leader of the Canadian Liberal Party and the Acting Prime Minister Justin Trudeau.

On the one hand, as if nothing terrible. Six CF-18A fighters, two CP-140 “Aurora” reconnaissance aircraft and one “Airbus” CC-150 “Polaris” tanker aircraft. Not God knows the set, right?

To "support the air mission" in the Middle East, 600 troops arrived. The Canadian contingent is stationed at an air base in Kuwait. In addition, there are still some 70 expert advisors from Canada in Iraq who advise Iraqi and Kurdish military leaders.

Considering that there is no one to exterminate anyone in Syria's sky (Russians don't count for obvious reasons), all the excavators in the desert are broken, in principle, the loss is small.

However, the precedent ... makes you wonder.

It is clear that Mr. Trudeau is on the termination of the participation of his guys in Syria and made a bet. And won. And it is clear that now he will have to withdraw the contingent. And, most interestingly, no one will feel bad about this. In Syria itself, the squad will not notice the loss of a fighter. And the return of nearly seven hundred Canadian soldiers back will definitely be noticed by the whole of Canada.

By the way, about the supply of "moderate", which are "free", NATO MANPADS. Probably, it makes no sense to explain that the east is a delicate matter. And those MANPADS that the coalitionists are going to hand over to their wards, so that they at least try to protect themselves from the punishment of heaven (we will be simpler, from the Russian videoconferencing systems), they will be able to be completely on the other side in a short time. And in the sight can be quite a not "drying", and even very "efki" or "mirages."

Say fiction? Come on ... The world knows more than a dozen examples where the modern (relatively) weapon delivered by one and used by others. But it is worth talking about this, for example, with representatives of Israel. Over the past three decades, a lot of things have come to them, and not everyone in the garage has been collected by a manicon.

But in general, the situation is funny. Mr. Trudeau decided that in Syria, Canadians have nothing to catch. Especially from the moment when you can really catch the Stinger. It's clear. But, since Trudeau’s party won such a convincing election victory, it means that Canadians think so too? Otherwise, they would definitely not vote.

And, no matter how unpleasant the States are, this moment, but, alas, they will have to accept the will of the Canadian people as it is. For democracy and all that. Against the elections you will not trample. Canada is not Russia or Belarus, there if elections, then on 100% are fair and transparent. Here it is.

However, all those interested vigilantly watched this. For the precedent was born. Whether he was born or not, time will tell. But what follows is what we will see. I bet that in some countries there will be those who want to play a political aria on the Syrian theme. Rolled in Canada - why not repeat in some other country, whose soldiers knead the Syrian sand.

Coalition - a difficult matter. And the East is a delicate matter. And usually where it is thin, there it is torn. The first of the coalition, as they say, went. Let's see how it ends. In any case, the Syrian show is not for a couple of months. And to wait for the final, will have to be patient. Let's see who has the most.

We are in Yandex Zen
Results of the week. "He flew away, but promised to return!"
For the "Canadian Army Prize"
89 comments
Information
Dear reader, to leave comments on the publication, you must to register.