October 22 2015
50
At the beginning of 2014, after the Bandera-Nazi Maidan, large-scale exercises of entire military districts said that Russia was ready to seriously fight with America, intent on creating its own Bandera springboard in Ukraine. However, the strategic counter-attacks of Russia in the Crimea and the Donbas, which defended not only the local population, but also increased the security of Russia itself, did not provoke a US military reaction, even the promised deliveries of “lethal” weapons to Bandera did not materialize. 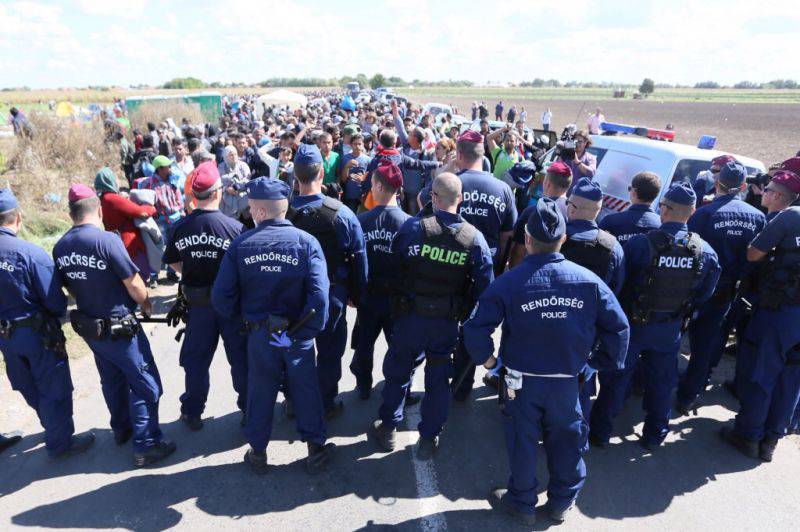 Therefore, somewhere in the late spring of 2014, Russia changed its strategy and began to move away from a direct clash with the United States. The so-called “hybrid war” began around Ukraine, which continues to this day. Now everyone has forgotten the first phase of the confrontation between Russia and the United States over the Nazi insurgency organized by Washington in Kiev, but the attack with Caliber cruise missiles on ISIL in Syria reminded her. Of course, it was also a demonstration of military power in Washington, but already about Syria.

Putin, in an interview with Solovyov, said then very serious things: Russia has not only highly accurate and powerful weaponbut also the political will to apply it. It was a message to the conventional “Obama”, that is, to the backstage “club of billionaires” in America, which in fact makes all the important decisions.

It must be said, the ability of Russia to “calibrate” the United States made a proper impression: German media seem to have reported that the United States is undergoing a rapid operation of the Russian Aerospace Force in Syria and a precision shot by Caliber as the flight of the first Soviet satellite of the earth in 1957. In Syria, there was a funeral march on the American missile defense ...

What can all this lead to? Apparently, while “one can tolerate” this expression of Putin, Russia will continue to strive to move away from a head-on collision with the United States, that is, from a contact war. Russia will always be open to partnerships, said Maria Zakharova in a diplomatic language, and this is how the school of Foreign Minister Sergey Lavrov feels.

It seems that the States will also shy away from the aggravation of direct military confrontation, in any case, in Syria some Memorandum of non-aggression in the air between the Russian Aerospace Forces and the USAF will be achieved. But the "hybrid war" will spread, apparently, to other regions of the world. First of all to Europe and the Middle East.

Many observers note that the flow of migrants from the Arab world to Europe resembles an invasion, and well prepared. There are facts that he was sponsored by American funds, or provided logistical support - this is indicated by a number of European journalists. Indeed, without the US sanction and the consent of Turkey, such a movement of refugees to Europe would be impossible.

This is a punishment of Europe: the invasion of not very friendly migrants, because all of them are from countries not destroyed without the participation of Europe, makes its position “intolerable” - according to the Finnish prime minister. Why does the United States punish Europe so much?

Most likely, the invasion of migrants is the answer of Washington to Berlin and Paris for the Minsk truce in the Donbas, on August 24, when Merkel brought Poroshenko to her knees and canceled the summer offensive of the Armed Forces of Ukraine, and in general, for the Minsk process. Especially for Minsk-2, which became a trap not only for Bandera, but also for Washington’s policy in Ukraine. The urgent flight of Merkel and Hollande from Munich to Moscow to Putin, crowned "Minsk-2", was not sanctioned by Washington, and now he shook Europe for its "no alternative."

Note that the active phase of the invasion of migrants into Europe began after the Paris meeting of “Normans”, at which Hollande and Merkel confirmed and even verbally prolonged “Minsk-2”. What clearly rejected the American plan of US Vice President Joe Biden, who brought Poroshenko: the termination of the Minsk agreements 31 in December 2015 of the year and the disarmament of Donetsk and Luhansk.

On the other hand, the United States "softens", thus, Europe before absorbing the Trans-Atlantic Agreement, so that, burdened with problems, it would be more compliant.

Hybrid instability meanwhile spreads across Europe. Merkel got worried and made an unexpected visit to Istanbul. According to Merkel, he is unexpected with promises: to provide Turkey with 3 billion dollars (!) For arranging refugee camps, and even EU membership, if she takes on this problem. However, Turkey also does not want to become a “concentration camp” ...

... The new policy of Russia is different from the Soviet, which directly called things by their names, and went into battle, no matter what. For this, many patriots of the old ferment joined the party "Putinslil". The new policy of Russia is also called “hybrid”, but, in fact, this is a very old policy: living with wolves is a wolf howl. “Hybrid war” is the old wolf policy of the West, and Russia also decided to experiment with it.

Russia has already won two years on this policy. She focused on what she can do well: on rockets, in particular Caliber cruise missiles. And they have already become a new factor in international politics.

Tymoshenko with “Batkivshchyna” have already declared Paris and Berlin the enemies of Ukraine, in the hope of Washington's favor? Before the election of October 25.

Russia demands Banderia to pay its 3 billionth debt in December to 2015. Kiev will not pay, and then what will happen? How to default in Kiev supply gas, coal and electricity? Maybe wait until he repays the debt? Recall, Russia continues to insist on the unacceptability of the Bandera-Nazi regime in Ukraine, and the “Minsk-2” is the last diplomatic opportunity for the denazification of Ukraine. Crimea this December will receive a power bridge with the Kuban.

Europe will need to be determined on the first issue, and on the second. The United States really began to destabilize Europe with a stream of migrants, now under this topic it will be possible to write off terrorist acts in Europe: come and prove who actually carried them out. Of course, migrants!

Sarah Wagenknecht, a deputy from the left in the German parliament, said that she was “scared for the future of Germany.” Many in Europe today are scared, for the first time after World War II ...

We are in Yandex Zen
How Maidan ravaged Ukraine. Two years ago, a coup d'état took place in Kiev
"Polite people" in the Crimea through the eyes of Americans
50 comments
Information
Dear reader, to leave comments on the publication, you must to register.