October 21 2015
43
Another proof that the president of Ukraine, Petro Poroshenko, in fact, in Ukraine is not capable of solving a lot, is the statement of the extremist organization Right Sector, which is also registered in Ukraine as a political party. We are talking about the statement by the commander of the “volunteer corps”, Pravosekov Andrey Stempitsky, who responded to the “proposal” of Kiev to dismantle the “additional” battalions of the Right Sector, by refusal.


Stempitsky announced the decision to keep “additional” Pravosek battalions on his Facebook page:
Our fighters from the provinces often began to call and ask: is it true that there will not be spare battalions of ALC? Spare baht - this is our support in the fight not only with the separation, but also with internal enemies. Whoever whispers to fighters and commanders works for the enemy and introduces destabilization into the structure. Someone really wants us to not stand in the way of "life in a new way." But it will not. Corps Commander Andrew Stempitsky.
PS We will be the bone in the throat that will choke the regime. 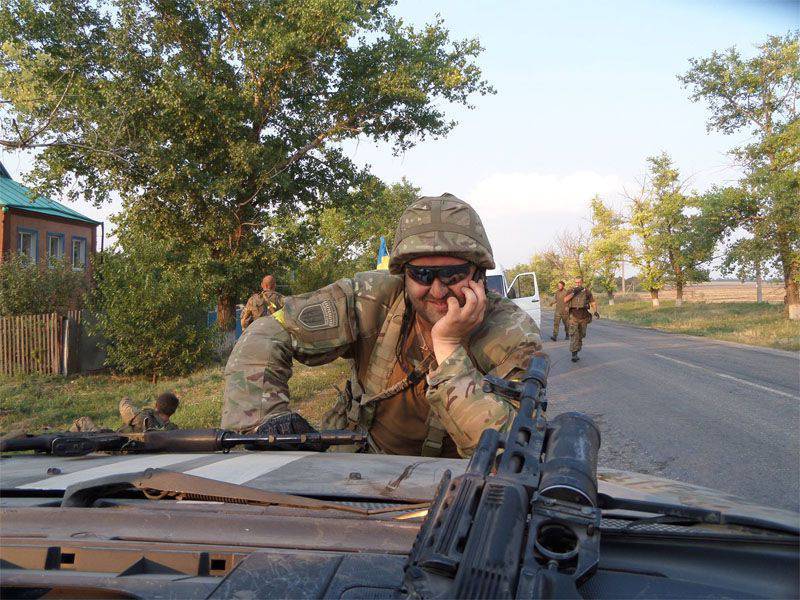 Earlier, the leader Pravosekov Yarosh announced that the "Right Sector" refuses to participate in local elections. According to Yarosh, this will allow to weed out those who joined the right-handers in order to fall into power. An interesting statement ... But didn’t Yarosh himself lead this radical group, which had transformed into the Ukrainian “political party”, not to fall into power.

Recall that the activity of the Right Sector grouping in the Russian Federation is banned at the legislative level, and in relation to its leader Dmitry Yarosh, the RF IC of Russia has opened a criminal case for participating in the conflict in the Chechen Republic on the side of gangs opposing the federal forces.

Ctrl Enter
Noticed a mistake Highlight text and press. Ctrl + Enter
We are
Results of the week. "They stood to death like buttons!"
43 comments
Information
Dear reader, to leave comments on the publication, you must to register.