Turkey plus Iran plus Russia?

October 22 2015
34
October 20 it became known: Ankara is ready to support the plan for the transfer of power in Syria. According to this plan, President Bashar Asad remains in office for another six months. This is nothing more than a symbolic gesture, and yet it looks very unusual for Turkey, whose leader not so long ago called Assad a "butcher" and a "murderer." Upon learning of this turnaround, the experts started talking about a possible new vector of the regional policy of Turkey. 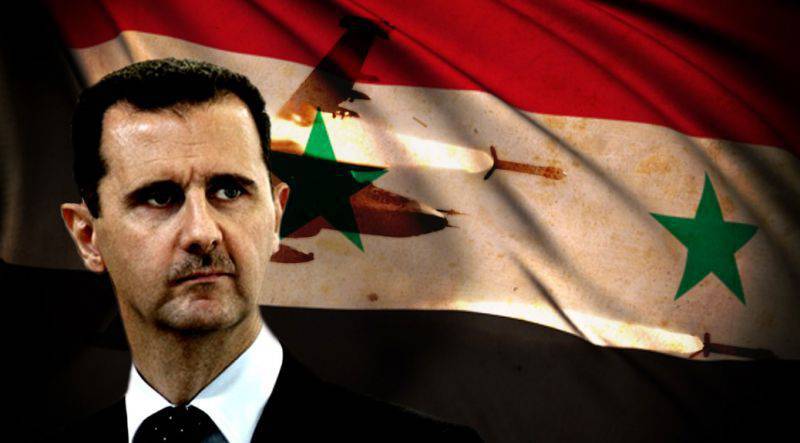 Turkey’s readiness to support the plan for the transfer of power in Syria, according to which Bashar Asad will symbolically remain at his post for six months, Reuters reported, citing senior officials in the Turkish government. According to one of the sources that leads "Lenta.ru", work is now underway on a plan, according to which the Syrian President should leave power.

The deadline for counting six months has not yet been determined. One of the sources reported on the discussion of the issue with the United States: “We were able to advance to a certain extent in the discussion of this issue with the United States and other allies. So far, we do not know exactly when this period will begin in six months, but we think that this will happen rather soon. ”

The organization that arranged the attack is not currently known exactly. According to preliminary data, this is the “Islamic State”.

As a result of the terrorist attack, not only people died. The image of the Justice and Development Party has faded. But on the nose - parliamentary elections in Turkey.

Because of the terrorist attack, President Recep Tayyip Erdogan canceled a visit to Turkmenistan, where he planned to discuss the construction of the Trans-Caspian pipeline.

Earlier, President Erdogan said, the analyst reminds that, if necessary, Turkey can buy gas not only from Russia. After that, Iran made a statement. From there it was reported that Tehran could increase the supply of natural gas to Turkey. After the terrorist attack in Ankara, Iran made another statement. According to representatives of Tehran, this terrorist act is an episode of terrorist activity, and therefore Iran hopes that Ankara will reconsider its policy in the region.

As Rufiz Hafizoglu believes, this is nothing but a signal to Ankara about the need to change its policy towards Syria.

According to the journalist, the change of Turkey’s policy regarding Syria is a matter of time. The author also recalls that after his visit to Moscow, President Erdogan made a sensational statement: he said that a temporary government headed by President Assad could be formed in Syria.

On closer examination of recent terrorist acts in Turkey, the expert believes, one can see in them the Syrian factor - “in almost all cases”.

This gives grounds to assert that sooner or later Ankara “will have to join the Russian-Iranian coalition,” even if such a move contradicts Turkish interests in Syria, Hafizoglu concludes.

“In fact,” he writes, “only a possible alliance between Turkey, Iran and Russia can finally destroy the growing threat of terrorism in the region.”

And here are the arguments of the analyst.

Iran has close ties with the authorities of Syria and Iraq. Tehran did not forget the support of Ankara at the time when the EU countries imposed sanctions against the supply of Iranian oil and gas. Turkey supports Iran in foreign trade. In addition, she made efforts during the negotiations between Iran and the "six".

The participation of the Sunni Muslims of Turkey in the hostilities against the "IS" together with Iran and Russia will break the stereotypes concerning the supposedly existing confrontation between Shiites and Sunnis in Syria and Iraq.

Finally, Turkey’s participation in a coalition with Iran and Russia against the IG may limit Western influence in the region. And this is really in the interests of Ankara, Moscow and Tehran, the expert believes.

“Taking into account common interests among the parties, one can say,” the analyst summarizes, “that the union of Turkey, Iran and Russia against the background of events in the region and the growing threat of terrorism and radicalism is inevitable.”

It appears that Erdogan agrees to the “Six Months” plan not at all because he wants to create a “union of Turkey, Iran and Russia”. No wonder there is a "discussion" of the plan with the United States. Recently, under pressure from the actions of Russia in Syria, Washington with a sigh approved a temporary stay in office of B. Assad, and now Turkey can only follow the position of the "world hegemon." Therefore, the term of Assad’s power will not be determined by Ankara, but Washington.

As for the attitude of representatives of Syria towards Erdogan, it is difficult to call him calm.

Recently, the Ambassador of the Syrian Arab Republic in Russia, Riyad Haddad, criticized the position of the Turkish President regarding the situation with Syrian refugees and even called the Turkish leader a "psycho."

“Erdogan has big political blunders. He became the enemy of all countries in the region, he has painful ambitions for the revival of the Ottoman Empire. In general, I think that he is crazy and feels like a sultan, ”comrade Haddad said in an interview Gazeta.ru.

In addition, the Justice and Development Party, with its “tarnished” image, has little chance of winning an unconditional victory. The “Sultan” from Erdogan also did not work out: the old constitution in Turkey is still in force. There are apparently no prospects for the creation of a super-presidential republic in the country.

Observed and commented on Oleg Chuvakin
- especially for topwar.ru
Ctrl Enter
Noticed a mistake Highlight text and press. Ctrl + Enter
We are
Results of the week. “Where will I grub?”Syria: Americans scare themselves, and Asma Asad buys chairs
34 comments
Information
Dear reader, to leave comments on the publication, you must to register.