October 21 2015
17
In 1950, two gunsmiths, Cezare Lersker and Carlo Cuppini, developed in the Italian town of Bologna a new 25-charging (in practice, 20-charging shops were mainly used) an automatic pistol for a cartridge of the 6,35 caliber. In fact, the development patented in 1951 was a miniature submachine gun. Weapon gained fame as the Lerker automatic pistol, or the Lurker and Kuppini pistol. The weapon was originally positioned by developers as a civilian self-defense weapon, however, due to a set of its characteristics (small size, ease of use, high rate of fire - about 1200 rpm) the weapon was almost immediately banned by the authorities. According to some data, only about 150 samples of this pistol were produced.

The creators immediately considered the pistol as a weapon for self-defense, and the pistol was distinguished by its miniature size. On the basis of this, the cartridge for it was also selected. The main goal of the developers was to add relatively inefficient and weak 6,35 x15,5 mm ammunition with the possibility of automatic fire. According to Italian developers, this was to compensate for the flaws that this cartridge possessed. It is worth noting that the cartridge caliber 6,35x15,5 mm was developed in 1906, the famous gunsmith John Moses Browning. He designed the cartridge specifically for the small-sized FN Browning pocket pistol model 1906 of the year. The conventional designation of this cartridge is "6.35x15.5 HR". The letters “HR” in the title indicate the presence of a weakly protruding lip (or a weakly protruding flange) in the liner in combination with a groove (halb-rand (it) or half-rim (eng)). This cartridge was known by various names, for example .25 ACP, 6.35 Browning, 6,35 mm, etc. At the beginning of the XX century, this pistol cartridge was widely used among civilian weapons intended for self-defense.

At the beginning of the last century, a huge number of models of pistols for self-defense of the “pocket” type were developed under this cartridge. Some of these pistols are still being produced. Examples of such pistols are the Beretta 950, 21 or Walther RRB and TPH models, as well as many other pistols. After the production of the Colt 1908 pistol, which was the American copy of the German FN Browning pistol of the 1906 model of the year, began in the USA, the production of the 6.35х15.5 HR cartridge to it, which received the American designation .25 ACP (Automatic Colt Pistol), began there. In addition to the Colt, this cartridge was also produced by the American company Union Metallic Cartridge (UMC, which was a division of Remington), as well as a number of other well-known companies in the USA and Europe.

This cartridge was used in the Soviet Union. So in 1926, the armament of the commanding officers of the Red Army adopted the pistol designed by S. A. Korovin, which received the designation "TK". It was created under the cartridge caliber 6,35 mm. In this case, the cartridge of this caliber for the Korovin pistol was somewhat different from the cartridge 6,35 Browning. The main differences were in an insignificant increase in the mass of the bullet, the powder charge and the length of the cartridge. The diameter of the flange of the liner in the European cartridge was slightly larger. An 6,35-mm caliber cartridge that was used with a TK pistol received the designation 6,35 TK in the USSR, the release of this cartridge continued until the middle of the 60-s of the last century.

It is worth noting that mainly 6.35x15.5 caliber cartridges were used exclusively in miniature pistols, which were also called "ladies". The fact is that he had a very low punching ability and low stopping power. Often, such a bullet did not penetrate the human cranium. Bullets fired from pocket automatic pistols, had a speed slightly over 200 m / s. In order to stop an enemy well prepared and ready for a fight, this speed was not enough. It was necessary, at least, to hit the attacker in the vital organs. It was very difficult to make it out of an 6,35 mm weapon in an extreme situation, especially at extreme distances — more than 10 meters. Due to the fact that this caliber is recognized by experts as ineffective, at present, analogues of this cartridge are produced with an expansive bullet. Such bullets have the ability to increase their diameter when released into a soft environment. 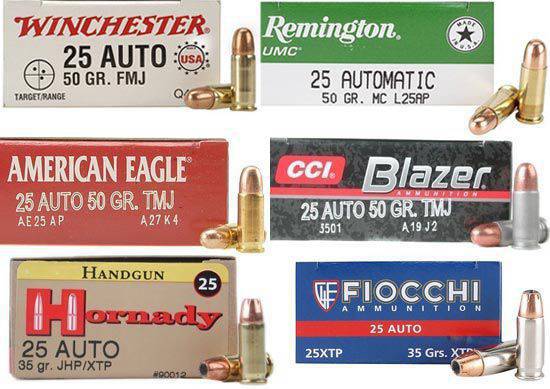 Features of the design of the gun Lerker

It is not known why the Italian developers initially decided to create a civilian version of the pistol under such a low-power cartridge, since their plans included the creation of an army version of their pistol under the Gnisenti 9-mm cartridge. At the same time, the advantages of automatic fire with such a low-power cartridge for self-defense weapons that are used at very close distances are obvious. The chance to kill or incapacitate the enemy in a relatively short time interval increased significantly. The second positive quality of the combination of weak ammunition and automatic fire at a short distance was that there was almost no need for accurate aiming from a pistol, since the very low recoil when fired completely allowed the shooter to control the pistol and control it well enough.

At the same time, due to the very high rate of fire, the magazine in 20 cartridges (the 25 charging shops were almost never used, although it does not matter) remained empty when firing bursts literally in a second. The theoretical rate of fire of Lerker's gun was 1200 rds / min, in practice, you would simply not have time to change the stores at such a speed. Together with the equipped magazine on 20 cartridges the pistol weighed 930 grams. Its total length was only 184 mm, and the barrel length - 104 mm.

Automatic pistol was built similar to the automation used in the pistols, machine guns. Shooting was carried out from the "open bolt", which was immediately retracted before the shot. The layout of all the implemented mechanics was much more interesting. So the return spring of Lerker's pistol was located around its barrel, and the bolt had a practical length equal to the length of the weapon itself and moved along the barrel of the pistol, as if along a guide. All together it was assembled in an unusual receiver, which is a tube, with a barrel fixed in it and an adjacent handle, on which the trigger mechanism was located. 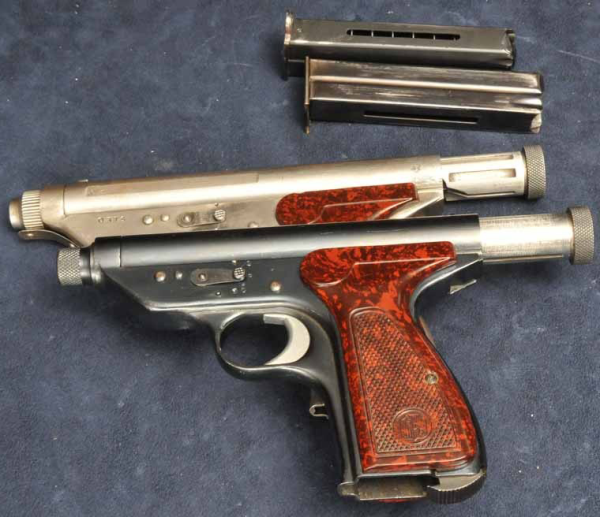 In this case, the trigger mechanism of the pistol was under the barrel. The location of the trigger mechanism was due to the placement of the main controls of the gun, as well as a positive effect on the dimensions of the weapon. The pistol magazine is inserted inside the handle, where it is fixed with a spring-loaded latch located at the bottom of the handle. Sights on the pistol were open, unregulated (in fact, they simply did not need because of the use of weapons at short range).

As we noted at the beginning of the article, the gun was not widely used. The Italian authorities were simply afraid that this compact almost submachine gun would be available to the broad masses of the population. At the same time, the army and the police were also not interested in the model, since the 6,35 mm caliber cartridge was rather weak. As a result, it was possible to release no more than 150 such pistols, which are sold around the world. And to develop a weapon for a more effective cartridge, for example, the XleN-mm X-cartridge of Glezenti, the developers for some reason did not. 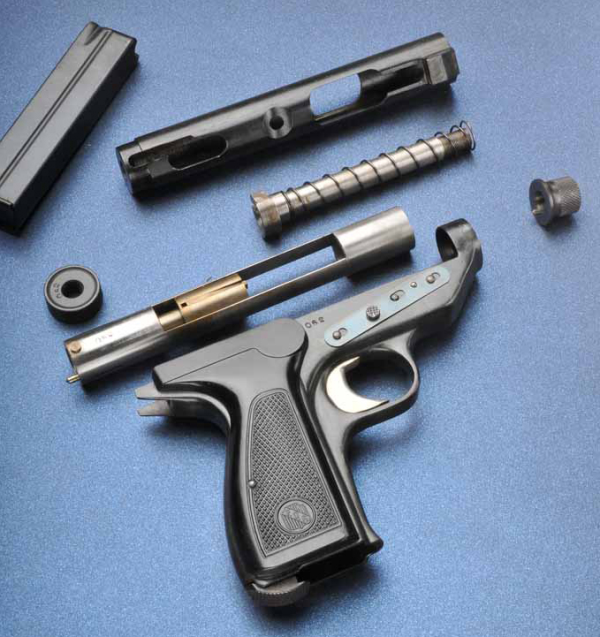 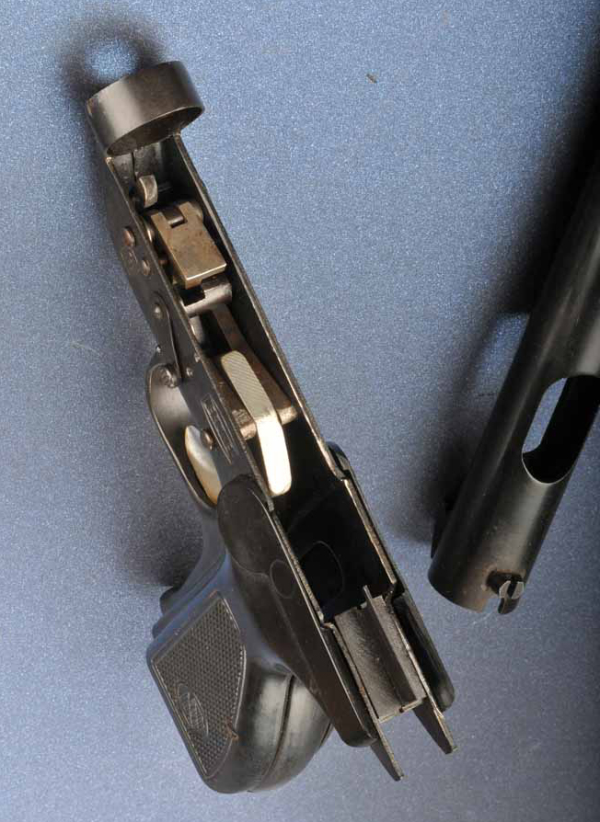 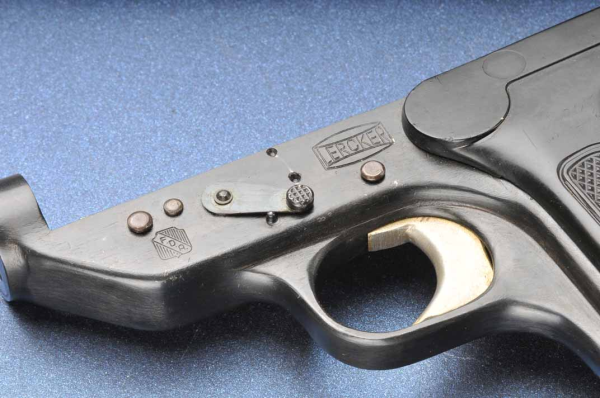 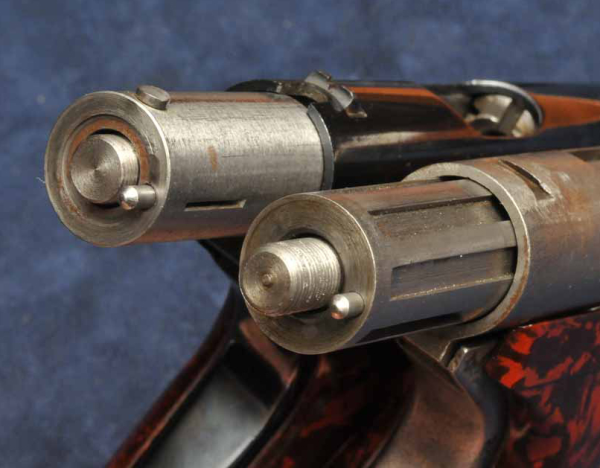 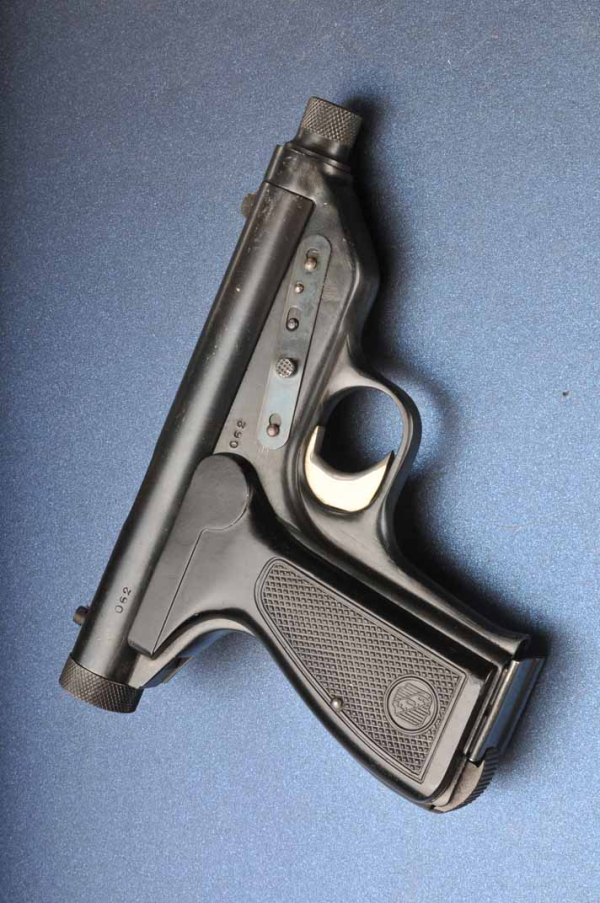 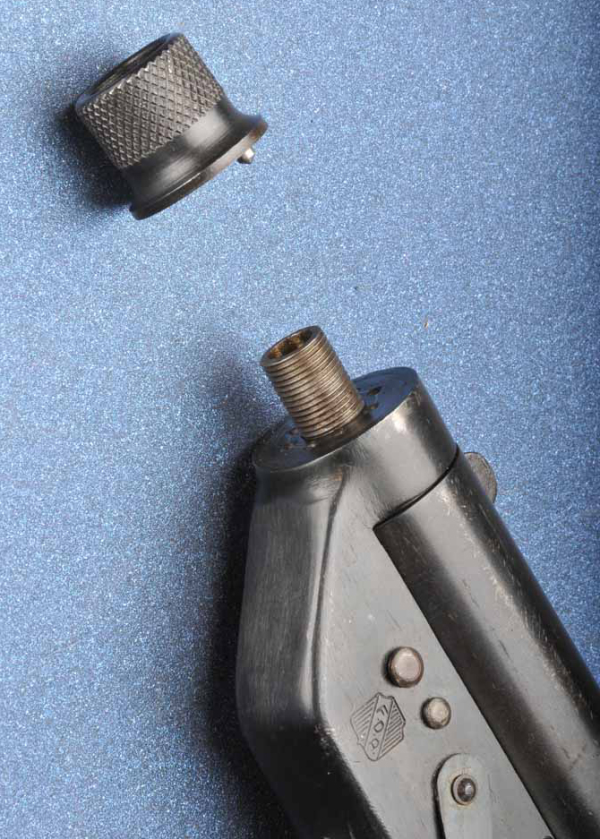 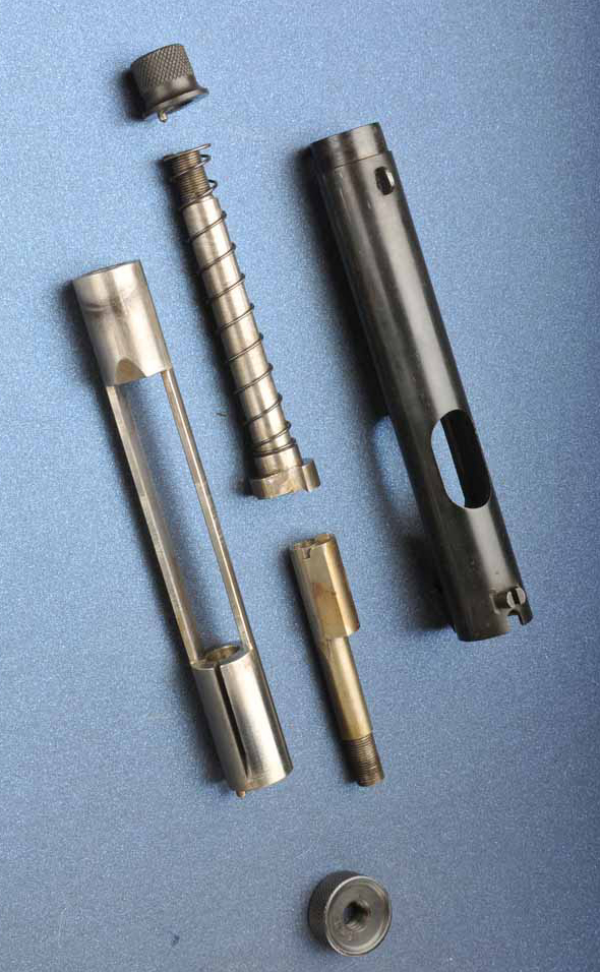 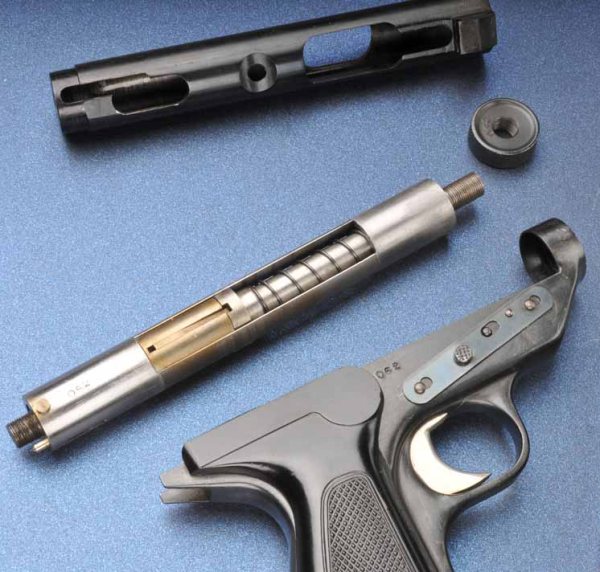 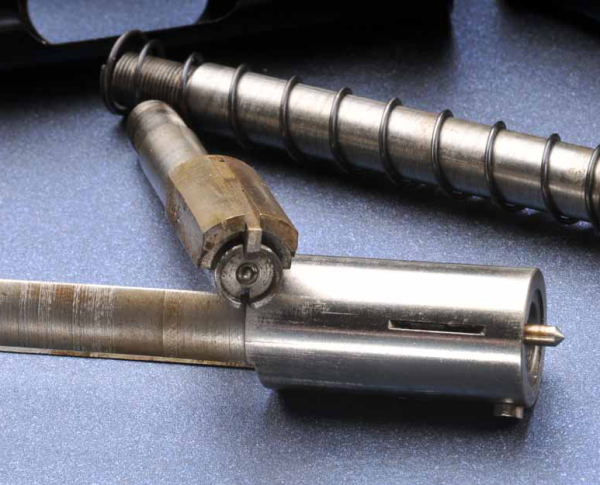 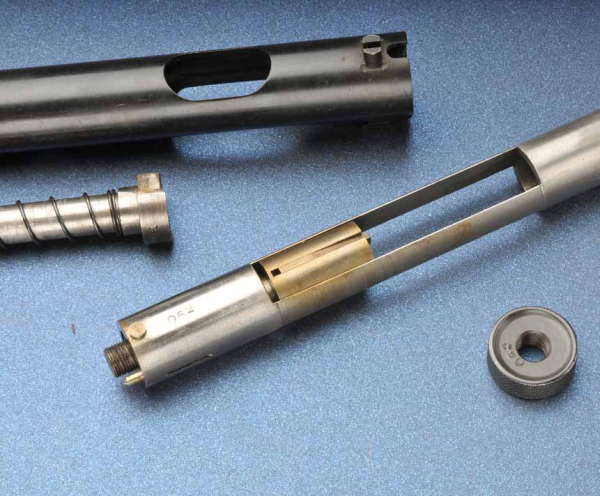 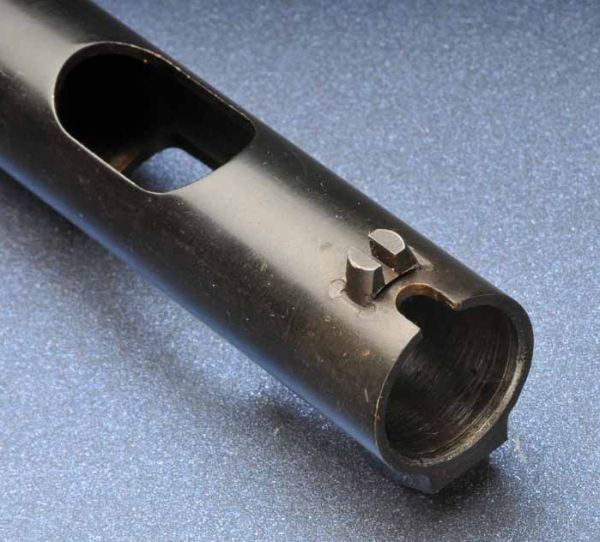 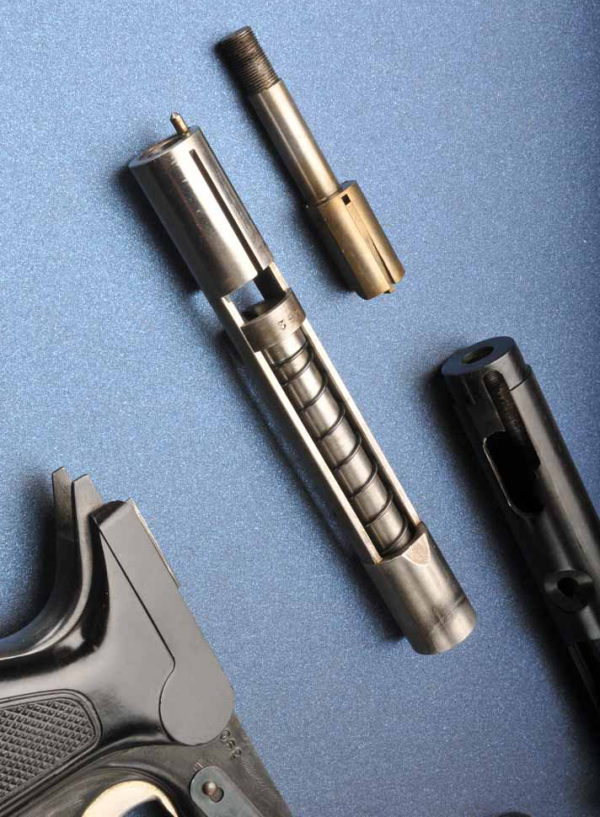 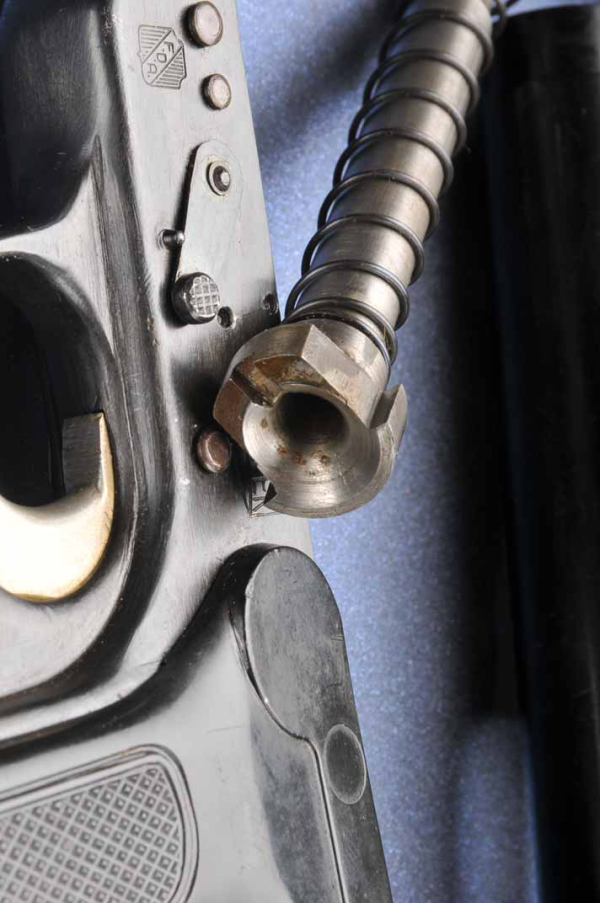 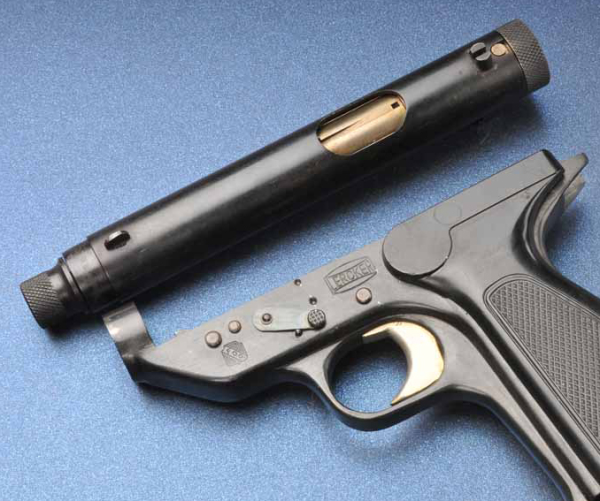 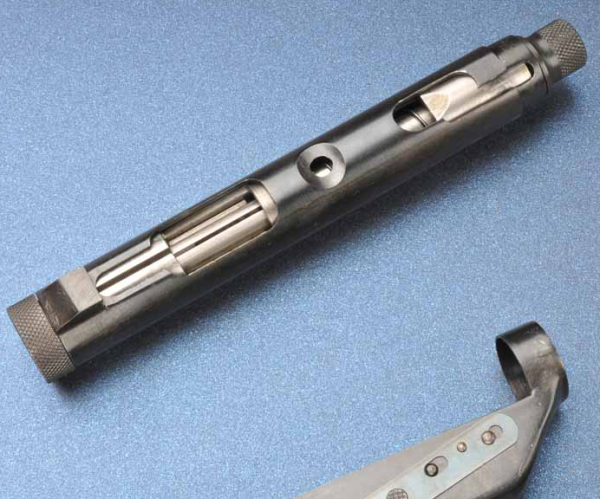 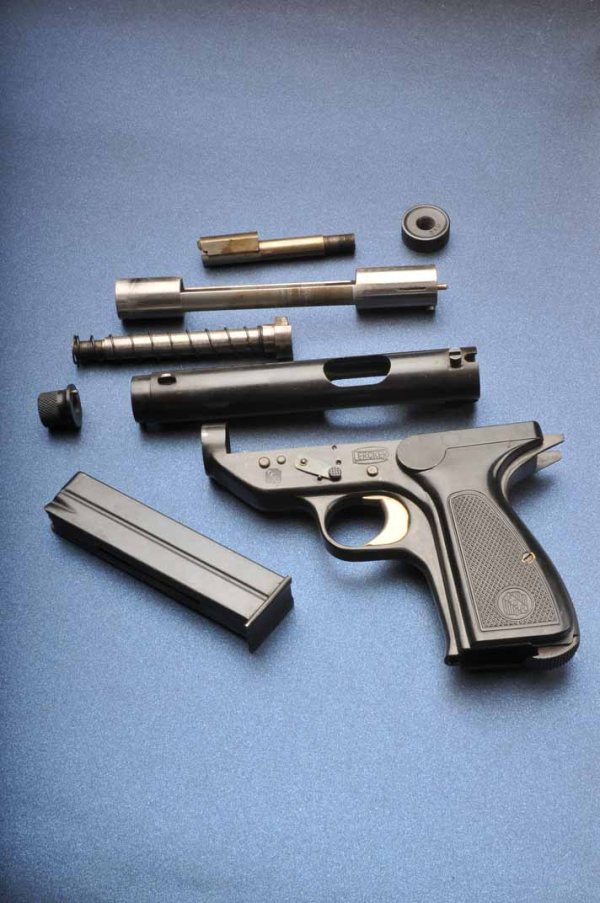 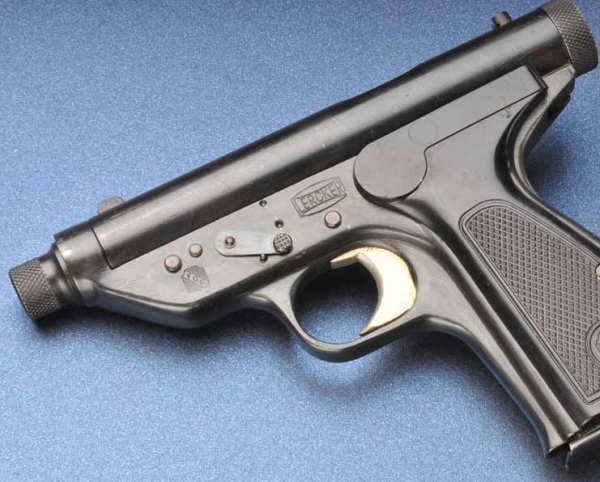 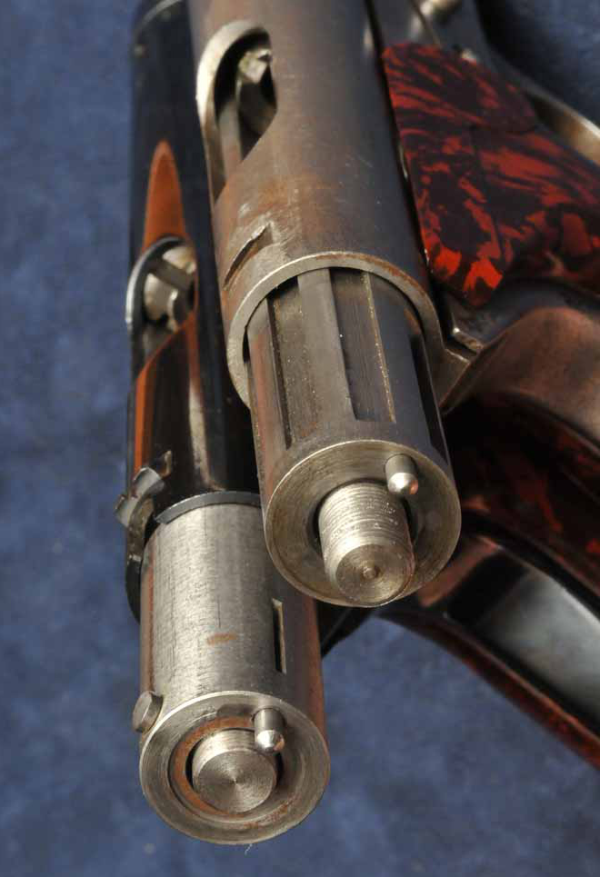 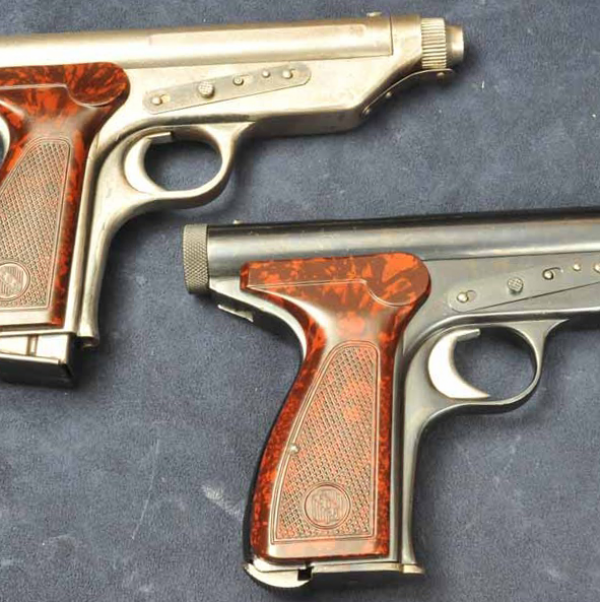 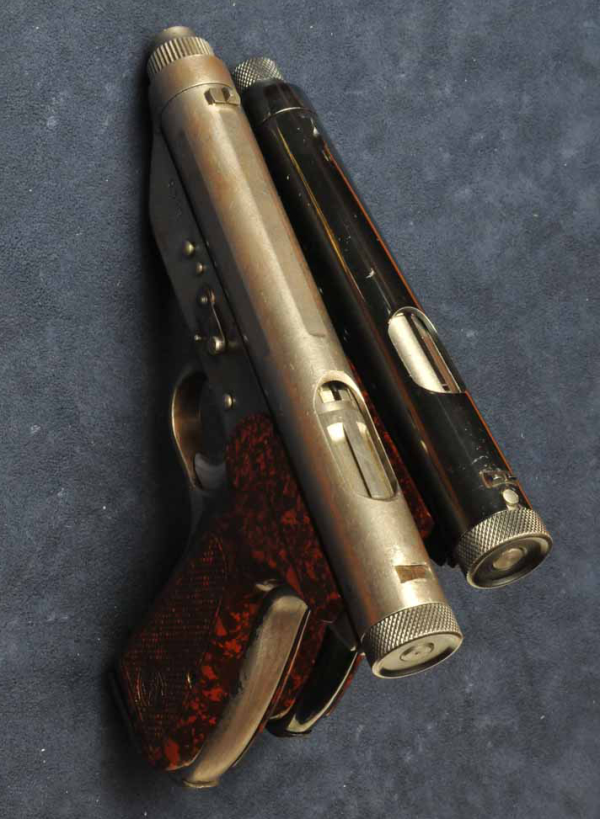 Ctrl Enter
Noticed a mistake Highlight text and press. Ctrl + Enter
We are
Pistols of the Hungarian gunsmith Rudolf von Frommer (part 2)Lerker and Kuppini Pistol
17 comments
Information
Dear reader, to leave comments on the publication, you must to register.