October 22 2015
19
Recently, a variety of unmanned aerial vehicles are becoming increasingly popular. At the same time they are used not only for military purposes. In general, drones today have a lot of applications. For example, they can be used for shooting sports competitions, delivering small loads and essential goods to remote areas and much more. At the same time, attackers can also take advantage of them: cases are already known both in the United States and in Russia, when with the help of ordinary quadcopters the criminals tried to transfer various cargoes to places of detention. In addition, they can be used for industrial espionage or banal peeping over other people. But a particular concern is the possibility of their use for terrorist purposes. For this reason, the fight against drones, including almost at the household level, is of particular importance.


Taking this into account, today various devices are being created in the world to fight drones. For example, recently in England, three local companies, Blighter Surveillance Systems, Enterprise Control Systems, and Chess Dynamics, have created a system that can stop any drone. The system received the designation Auds (Anti-UAV Defense System). The basis of this system is a powerful radio signal, which is used to stop the aircraft. At the same time, the operator of the Auds system is able to freeze the drone for a short time, or completely block its flight until the charge of its battery simply runs out and the drone eventually crashes to the ground. 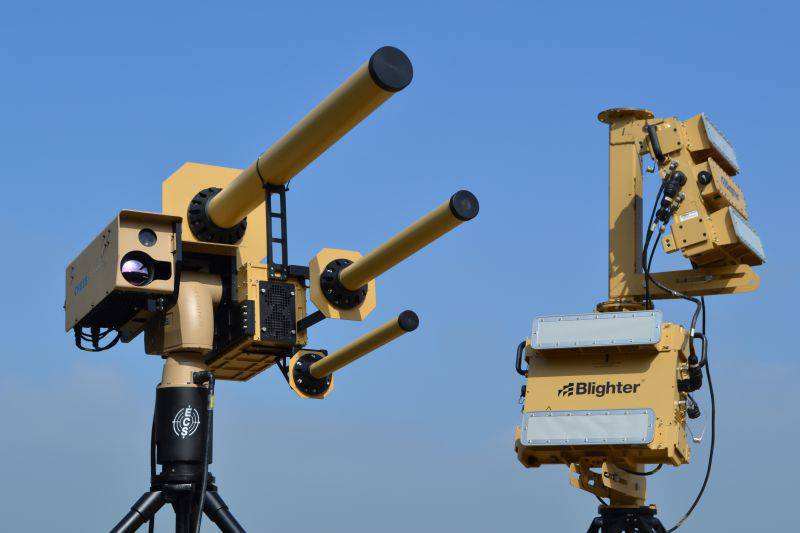 The principle of operation of the Anti-UAV Defense System is as follows. The scanning radar determines the location of the drone, after which it is monitored using an infrared camera. After that, the quad-band jammer (active jamming station) sends a powerful focused signal to the detected object, which simply breaks the connection between the operator and the unmanned aircraft. It is reported that the British system has already passed a series of tests, which were funded by the UK government. The system has already entered the production phase.

Against this background, American developers have gone even further. The British development is stationary, and in the United States they have created a device that is no larger than an ordinary rifle in size. Specialists at the Battelle Memorial Institute, which specializes in the study and implementation of new technologies in a variety of industries, have created a rifle called the DroneDefender, which uses radio waves to immobilize and take control of drones. Experts suggest using such an electronic warfare rifle to guard embassies abroad, historical monuments, prisons and educational institutions. 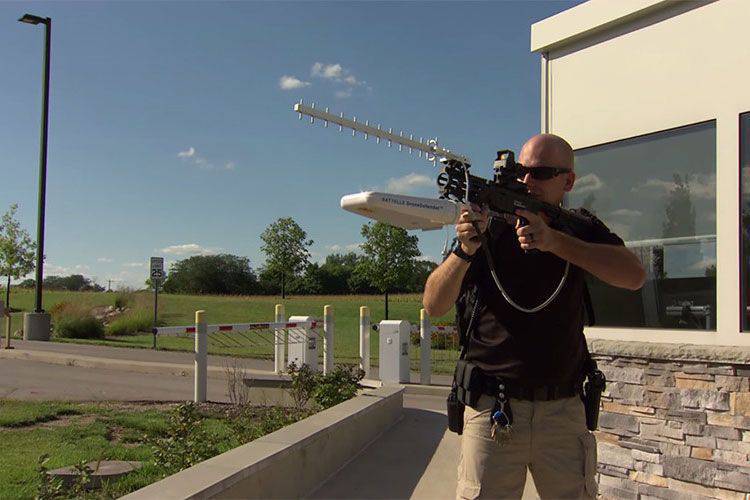 DroneDefender was the world's first rifle, which is designed to neutralize unmanned aerial vehicles. The novelty, like the British system Auds, is a means of electronic warfare (EW). This rifle is able to generate a signal at frequencies of satellite navigation systems, as well as at frequencies of the unlicensed IMS range (scientific, industrial and medical range). Thanks to this rifle, you can "hit" unmanned aerial vehicles at a distance of 400 meters. After exposure to drones using radio interference, they usually use their own security protocol. Most often, this suggests three possible scenarios for the development of events: the UAV hangs over the current position (before the subsequent fall after the batteries are discharged), land on the ground or return the vehicle to the starting point. In this case, in any case, the performance of the drone of his mission will be interrupted. It is noted that the DroneDefender rifle has the preparation time for making a shot of just 0,1 seconds, and the charge of the existing batteries is enough for 5 hours of its use. At the same time this development in the field of EW weighs about 4,5 kilograms.

DroneDefender rifle can be used both permanently and in the portable version. This is achieved through the use of an additional battery. In addition, the developer promises to provide models that will be designed for use in difficult weather conditions. In this case, the possibility of launching a rifle into mass production and the approximate cost of the device have not yet been reported. There is no complete clarity on whether it will be sold to civilians. At present, such a device can only be used by the federal authorities, since the radio frequency working frequencies of the DroneDefender rifle are allocated by the Federal Communications Commission. Based on this, it is possible to draw preliminary conclusions that, most likely, ordinary consumers will still be deprived of the opportunity to acquire a similar model of electronic warfare rifles. 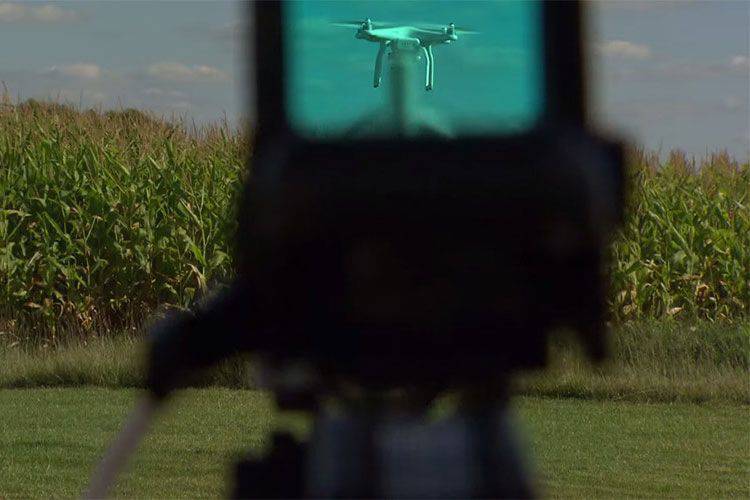 According to Dan Stamme, one of the developers of DroneDefender, the system works by disrupting the radio frequency control signals that the drone receives from its operator. Due to this, the unmanned vehicle begins to behave as if it is leaving the control zone of its ground operator. After that, as noted above, the safe operation mode of the device is activated, and it proceeds to one of three possible actions. There is a high probability that representatives of the American law enforcement agencies will become interested in the development of Battelle specialists over time.

Dan Stamm stressed that the DroneDefender rifle can be a useful tool for controlling airspace, especially during various public events, around any important public facilities or over emergency zones. There have already been cases when police officers tried to force drones to get down to the ground with the help of helicopters or by violent interference with the work of the operators of these devices, which in some cases led to dangerous consequences. At the same time, the DroneDefender rifle would provide law enforcement officers with the ability to safely neutralize unmanned aerial vehicles. 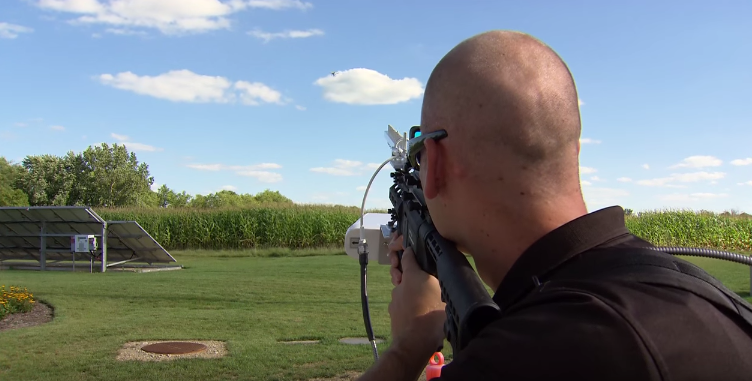 In order to "shoot down" a drone, such a rifle uses only radio waves, thanks to which expensive unmanned aerial vehicles are not damaged, and the risk of public safety is reduced to a minimum. This is especially important in the United States, as there have already been several cases in the country where citizens attempted to shoot down unmanned devices flying around them with a shotgun. New, specially designed weapon will be able to shoot down drones, without exposing them, operators and bystanders to unnecessary danger. According to the technical director of the project DroneDefender Alex Morrow, the creation of a rifle is quite easy to use and is able to reliably neutralize the threat posed by unmanned aerial vehicles. On the official video featured on the popular Youtube resource, this device is quite easily cracking down on a quadcopter.