The drone downed by Turkey, most likely, the closed Russian development 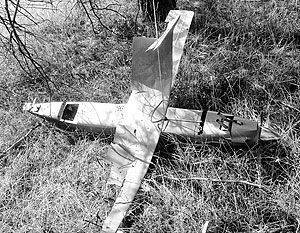 Turkey has officially announced that the drone shot down at the Turkish-Syrian border is Russian. Nevertheless, the Russian army, apparently, is not its operator - although at the moment a whole group of Russian UAVs are in use in Syria. Will this incident have political consequences?

“The drone shot down over the territory of Turkey was made in Russia. However, the Russian side told us that this is not its apparatus. He may belong to the Assad regime, the Syrian Kurds or other forces, ”said Davutoglu to Ahaber. He expressed the hope that Russia in view of this incident will be more cautious when conducting operations in Syria.

The drone was an orphan

“As for the downed drone on the border with Turkey, today it is not clear whose drone it is,” said Federation Council Speaker Valentina Matvienko on the sidelines of the Assembly of the Inter-Parliamentary Union in Geneva. She hopes that the experts will deal with this incident. Moscow is doing everything possible to prevent incidents in the operation zone in Syria, Matvienko assured.

As you know, on Friday, Turkish aviation shot down by an unidentified drone that violated the country's air border. Moscow responded by saying that Russian aviation has no casualties. As Colonel-General Andrei Kartapolov, chief of the Main Operations Directorate of the General Staff of the RF Armed Forces, specified, “all the planes of the Russian air group in the Syrian Arab Republic returned to the Khmeimim air base after completing combat missions. However, in Damascus they announced that they had no air losses.

As RIA remindsNews", On Friday in social networks, with reference to the Turkish General Staff, photos of the drone allegedly produced by the St. Petersburg Technological Center (Orlan) appeared. The Russian company made a rebuttal, noting that these pictures "look more like a poorly played information provocation."

UAV expert, editor-in-chief of the UAV.ru Internet portal Denis Fedutinov does not exclude that the downed vehicle actually belonged to the Syrian army or Kurdish partisans.

“Russia has already supplied unmanned systems to Syria. In particular, systems with Bee devices were supplied - a fairly old development complex from the Soviet era. But also, according to some sources, in recent years, the Aileron-3 mini-class systems have also been supplied. Actually, these two facts suggest that Moscow has experience with Damascus in terms of the supply of such equipment. In principle, we cannot exclude the supply of any other systems either, ”said the expert to the newspaper VIEW.

Fedutinov also believes that the level of training of Syrian officers is sufficient to control such devices: “This is a mini-class system, portable. It requires a small staff to manage and maintain. Training also does not require any long courses. ”

He admitted that he still cannot “recognize” the apparatus, the snapshot of which was spread by the Turkish authorities. “My colleagues and I carefully looked at the photos. Such a system on any public events have not seen. I suppose this is a closed development, ”Fedutinov explained. “Our military could use several types of drones in Syria. This is not only Eleron 3, but also heavier Orlan 10, he said. - It is possible that the apparatus of a larger class is also used, say, “Outpost”.

The expert of the analytical center "KUB" Nadana Friedrichson suggests that Davutoglu is trying to threaten Moscow with a lowering of the level of his statement. “Perhaps this is a veiled allusion: if Russia does not abandon its plans in Syria, then Ankara will consider Moscow alongside the Kurds and Assad. This is such a diplomatic prick with an umbrella, ”the analyst told LOOK.

Friedrichson recalled that in the Middle East in general there is a serious redistribution of spheres of influence. “Different forces are trying to create a groundwork for the future. Turkey has long been cultivating the imperial idea, as has been publicly stated over the past three years. Syria, however, fell into the half-life stage. As Ankara had calculated, when Bashar Asad is shifted and the redistribution of Syria begins, she will receive her piece of influence. But the crisis suddenly dragged on. The Turkish President Erdogan did not have everything smoothly with some “architects” of the new redistribution in the region. And now, in his understanding, Russia has also “climbed” here. Moreover, I think Russia climbed exactly in that piece of Syria that Ankara planned to keep for itself, ”the analyst suggested.
“Now the allies, led by the United States, have embarked on a containment of Russia in this region - otherwise few of them will receive anything in the future from Syrian pie. Turkey is used for this deterrence. But the president of Turkey himself was in a precarious position - either pan or lost. At the end of the summer, he began an invasion across the border into Iraq, but radical sentiments are rising in the country, terrorist acts are raging on gas pipelines and in the center of the capital, his personal rating is falling, ”the political scientist believes.

"Our video conferencing should be very careful"

Igor Morozov, a member of the Foreign Affairs Committee of the Federation Council, drew attention to an important caveat Davutoglu - the Turkish Prime Minister did not directly blame Moscow for the incident, but admitted that the device found did not belong to the Russian videoconferencing system, but to the Syrians or the Kurds.

“The Turks must be very careful in this situation, not wanting to worsen our relations with too harsh statements. Of course, Davutoglu is also cautious about his rhetoric, the senator told the VIEW newspaper. - The fact that we recently heard from the President of Turkey is somewhat “annoying” interstate relations. Although we continue to believe that Turkey is our friendly country, with which we are connected as историяand so powerful enough trade and economic relations. "

According to Morozov, today it is impossible to say that this airspace system could violate Turkish airspace. “But our armed forces, our VKS should be very careful, including when using a group of unmanned aerial vehicles,” the senator called. “In any case, our relations are so deeply tied that it is not necessary now, in the course of the common struggle against international terrorism, to use each other’s mistakes.”

Unlike the senator, Friedrichson expects Ankara, on the contrary, to continue to slightly provoke Moscow - after all, in less than a couple of weeks Turkey will have parliamentary elections, the second in six months already. “Erdogan’s personal power depends on the outcome of his foreign policy game. This is a very unenviable position, and he can in his hearts go to extreme measures in the process of containing Russia, ”the expert does not exclude.

“Look: first - an overreaction to the flown Su-30 in early October. Then, statements that MiG-29 still invaded, although Moscow has not confirmed this fact. Then, Turkish helicopters suddenly invaded the airspace of Armenia - Russia's ally in the CSTO. Now there are claims of a downed drone, ”lists Friedrichson.

“If Moscow and Ankara remain in the previous relations, then I do not exclude that Turkey will continue to inflame passions. “She can initiate any provocations in the South Caucasus,” Frederickson predicts. - There has already been an incident with Armenia. So, it is possible that the provocation will be connected with Georgia. ” In her opinion, Moscow must continue to exercise endurance, patience. “Still, in such a critical situation, it will be possible to agree with Erdogan when the internal political situation presses him down completely,” the political scientist sums up.

In the meantime, it became known that the Deputy Foreign Minister of Russia, Mikhail Bogdanov, held consultations on Monday with his Turkish counterpart Umit Yalcin in Istanbul on the situation in Syria. The message of the Russian Foreign Ministry notes that "the reciprocal disposition of Moscow and Ankara to maintain an active Russian-Turkish dialogue on topical issues on the Middle East agenda is confirmed."

Ctrl Enter
Noticed a mistake Highlight text and press. Ctrl + Enter
We are
What you didn't want to know about EnglandInterview by President Bashar Al-Assad to the Sunday Times
50 comments
Information
Dear reader, to leave comments on the publication, you must to register.