Sergei Ivanov: do not think that everything is being decided in the Kremlin. Not all 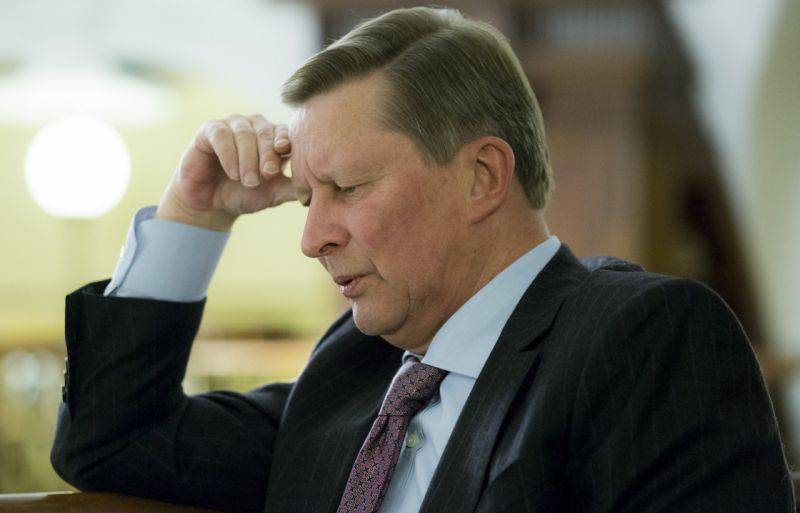 ─ About the fact that our country is going to fight in Syria, the world learned when you presented the President’s address to the Federation Council on the use of the Russian armed forces beyond its borders. You have announced, Sergey Borisovich, the question to you: why now?

─ Then let's start from a distance. I remember how American partners and colleagues at the end of the 2000s patiently explained to me that it was very important to bring democracy to the Middle Eastern lands. They brought ... The results see the whole world.

Operation Enduring Freedom, launched by the United States in response to the September 11 attacks, continued in Afghanistan for thirteen years. This is the longest war in stories The United States, however, its goal ─ victory over the Taliban ─ was never achieved.

Go ahead. Libya. The country turned, in fact, into the second Somalia. There is nothing more to add. It all also happened under the banner of the democratization of a large Middle East.

Take Egypt. Now he is on the periphery of public attention, there are hotter points. But in CNN's 2012, with enthusiasm and enthusiasm for hours, it reported on the awakening of the masses in Cairo, calling the Muslim Brotherhood practically refined democrats ... Well, well. If it were not for the courage and foresight of the then Minister of Defense of Egypt, General Al-Sisi, the country could easily turn into a kind of Libya. And in that situation it would not seem to anyone much. Still, this is the most populous state in the Middle East, in which more than 80 million people live. There, as they say, carried by.

─ Yes, the conflict has been going on for years. During this time, much of the country was in the hands of ISIS and other terrorist groups. The obvious fact! We all observe how the international coalition has been “successfully” struggling with them for over a year now.

We do not live in the jungle, nobody is allowed to destroy the world order

─ In my opinion, the world is going through a turning point. On the one hand, there are universally recognized institutions like the UN Security Council, without which it would be very bad, on the other hand, individual countries that call themselves carriers of a reference democracy, defiantly violate international law. For them, the laws are not written, more precisely, they recognize the only one: who is stronger, he is right. All this is very dangerous. We do not live in the jungle, nobody is allowed to destroy the world order.

Syria is in a sense a litmus test. I will not retell Vladimir Putin’s speech at the UN General Assembly and delve into the background of the president’s address to the Federation Council for permission to use our troops to help official Damascus. I repeat once again that in this case Russia has no foreign policy ambitions. It is absolutely clear to us that the situation in Syria cannot be resolved only by military means. Ultimately, sooner or later, we will have to proceed to a political settlement. 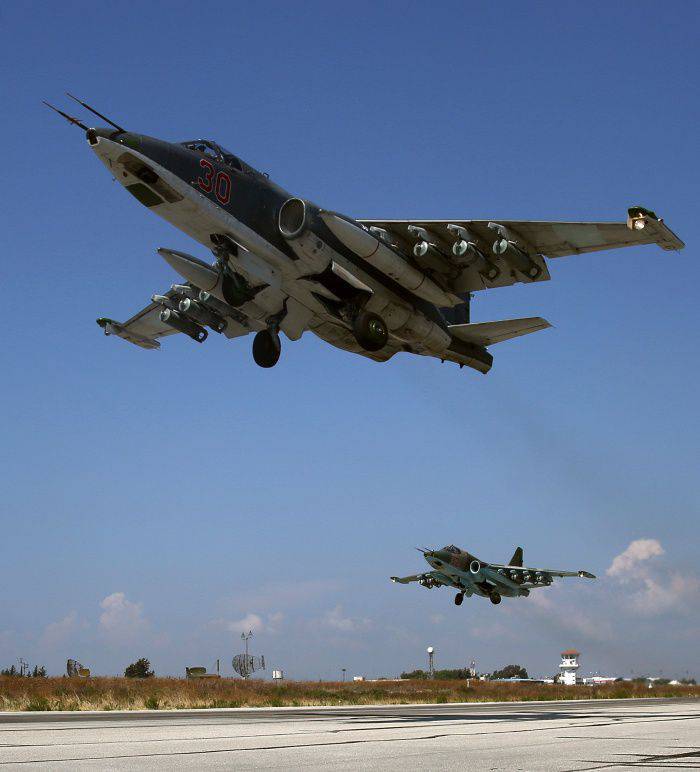 Very complex, controversial, but Syria ─ itself is a very difficult country. By the way, the original proposal for an intra Syrian alliance in the fight against LIH did not come from us, but from French President Hollande. He expressed the idea of ​​uniting the government forces of Bashar Assad and the so-called "Free Syrian Army." Unless, of course, the latter really exists, and is not a virtual product, born in the offices of peak jackets in the West. You can try to come to an agreement with a reasonable opposition, compromises must be mutual, this is also absolutely understandable.

However, for the time being it is a question of a remote perspective, I will give another argument in favor of why Russia was forced to intervene in the Syrian conflict. As you have obviously heard, thousands of people from Russia and the CIS countries are fighting in the ranks of ISIL. Will you have to wait for them to practice there and calmly return home?

So far, they are trying not to spread out loud, do not dare to say openly, but I can ... Now crowds of refugees from the Middle East have rushed to the countries of Southern Europe in the hope of transit to migrate to Western. What do you think, among them there are no so-called "slippers", "sleeping" agents and terrorists, who are sent to the Old World, in order to find a place where it is inconspicuous, lie low and wait? At the appointed hour, they will emerge from the shadows and play a well-known role. For example, the same suicide bomber, dying for his faith and trying to grab more people with him to the other world. I would not like to prophesy, but I have no doubt that this will be so. Sure!

─ Don't we provoke these radicals by getting involved in a war? Prevented terrorist attack in Moscow on Presnya ─ is this not the first wake-up call?

─ We try to make sure that there is no one to go to Russia from ISIS and all the militants are left lying in the land of Syria.

─ But you didn’t answer, Sergey Borisovich, why did we need to get into a fight right now?

─ The situation has become intolerable.

─ Western media, citing unnamed ─ by tradition ─ sources in the Kremlin, claimed that President Putin’s trio in Defense Minister Sergei Shoigu, Secretary of the Security Council Nikolai Patrushev and you convinced the launch of an air operation in Syria. Is this true?

─ As the saying goes, thanks for the compliment, I was identified in a good company ... I am ironic again, sorry, I have such a manner. Seriously comment on such "leaks" is difficult. If no joke, I say: no, information from unnamed sources is not reliable. It was all wrong.

─ And how? Lovers of conspiracy claim, they say, Syria ─ only a “covering operation” with the goal of shifting attention from the east of Ukraine to the Middle East, finally moving the arrows from Donbass.

─ It is absurd to refute idle talk. I have already explained why we found it possible to respond to the request of the legitimate leadership of Syria to help him in the fight against terrorists of various stripes. Well, what a translation of arrows, what are you talking about? Listen, we didn’t organize an anti-constitutional coup in Kiev, right? If you want, I am ready to discuss the Ukrainian topic in more detail. Like that, whether we strive at any cost to break out of so-called isolation.

I love history and I know that Russia has always been feared, treated it, to put it mildly, with great suspicion. So it was under the tsarist regime, and under the Soviet system, it continues now. Alexander Solzhenitsyn said well: "The West has for centuries been afraid of the vastness of Russia." Hugeness! Sanctions were imposed against us even under the emperors of the Romanovs, there is nothing new here. Trade barriers were established, financial barriers ... And the measures were much tougher than they are now. Nothing, have not been scared before, and are now dying out. The influence of recent sanctions on the Russian economy by the West is greatly exaggerated. Yes, this creates certain difficulties for us, it is foolish to deny the obvious, but, I repeat, we have experienced much more serious problems in the past.

Attempts to punish Russia are meaningless and ineffective. Here are excluded from G8. We thought that we would be very upset. But where exactly we are not striving to return, so to the G8. Believe it! In the 90-s, Russia has long and hard tried to enter this club of the elect, eventually ended up there to soon be convinced: G8 is no longer able to solve the serious problems that humanity is facing at the present stage. Yes, you can get together, talk, to determine the western ─ I emphasize! ─ approach to certain issues, but now the world has become completely different. Here is G20 ─ this is the level. It really discusses important topics and develops solution mechanisms. I will give an example that is relevant to Syria. On the need to eliminate chemical arsenals weapons in this country it was agreed precisely in the format of the G20, and not of the G8 or G7. So for G8 we do not cry, I assure you.

As for the decision-making mechanism for sending the Russian air group and, as they said before, the limited military contingent to the base under Latakia, there was no spontaneity or haste here. All actions were previously considered, carefully calculated and agreed with the supreme commander. It is no longer a secret that combat aircraft and some special forces of the armed forces were sent in advance to Syria ...

─ Although at first we discouraged it.

Let's be realistic: everyone understands that the transfer of several dozen planes cannot be concealed, everything is visible from space

─ Not so. We did not confirm or deny the information, simply did not comment on it. Standard international practice. By the way, quite legitimate. But let's be realistic: everyone understands that the transfer of several dozen planes cannot be concealed, everything is visible from space.

The final stage of the discussion of the operation in Syria with the participation of our military was held at a meeting of the Russian Security Council late at night on September 9th. We once again weighed the pros and cons, the pros and cons. Only after this did the President's appeal to the Council of the Federation, the text of which I brought early in the morning of the next day to the building on Bolshaya Dmitrovka ...

─ The Americans have already predicted the speedy losses of Russians in Syria. It is clear that there are no wars without sacrifices, but how much do you think the threat of such a development of events is great?

─ I told you that we evaluated all possible risks. Our soldiers will not participate in armed clashes on the ground, this was announced immediately and quite definitely. The home airfield where Russian aircraft are flying from is located in an area fully controlled by Syrian government forces. There is a level of protection. Very serious. In addition, in addition to pilots and technicians, a small detachment of our special forces engaged in the physical security of the airfield is located at the base near Latakia. It is quite natural that anyone would do that. Therefore, I would not talk about the serious threat of an attack on the Russian military grouping in Syria. Theoretically everything is possible, but preventive measures have been taken.

As for the words about the expected losses, we will not become like and recount the already lost American Marines in Iraq and Afghanistan.

Ctrl Enter
Noticed a mistake Highlight text and press. Ctrl + Enter
We are
A great interview with Sergey Lavrov: about Ukraine, Obama and IranWhat you didn't want to know about England
51 comment
Information
Dear reader, to leave comments on the publication, you must to register.