The bleak future of the British Air Force

October 24 2015
22
We have already posted on our blog the number of the Royal Air Force of Great Britain as of September 2015. In continuation of this topic, our blog publishes an abstract of Jon Lake's article “A moving target”, published in the October issue of Combat Aircraft magazine, where the author discusses the future of British fighter and strike aviation. A number of provisions of the article are of undoubted interest.


Thus, the author notes that in 2010, the then vice-marshal of aviation, Greg Bagwell, noted that the Royal Air Force command expects to have five Eurofighter Typhoon fighter squadrons and one F-35В fighter squadron in service. That is, the 2020 will have six squadrons of combat aircraft as part of the Air Force. According to him, in their composition in 2020 will be registered 107 fighter Eurofighter Typhoon Tranche 2 and Tranche 3 series, as well as approximately 40 F-35В in a single squadron of increased staff. The author notes that at that moment there were 12 squadrons under command of Begwell (three on Typhoon, seven on Tornado and two on Harrier). However, in the same year 2010, two squadrons of Tornado and all squadrons with Harrier were reduced. For comparison, in the UK 1989 there were 30 fighter squadrons. 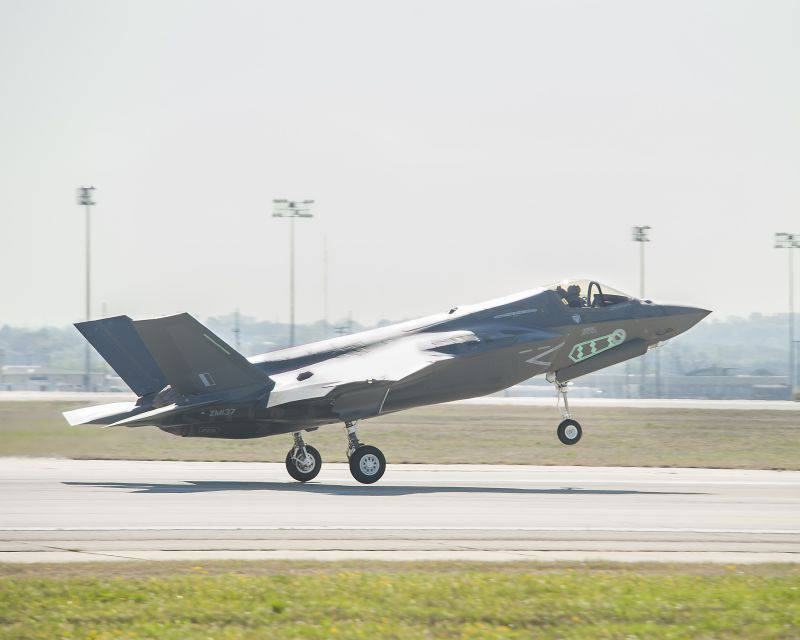 In accordance with today's plans, three squadrons with Tornado (2019 aircraft) will be reduced to 87, then all the remaining 53 Typhoon Tranche 1 fighters will be decommissioned. The loss of 140 vehicles will be partially offset by purchasing Typhoon Tranche 3 fighters, bringing the number of Tranche2 / 3 fighters to 107, as well as a small number of F-35В (maximum 20 machines to 2019 year, but most likely closer to 14 aircraft). Four F-35Bs have already been ordered, another 14 is “approved” for purchase.

That is, at best, the RAF will have no more than 127 combat aircraft, but more likely no more than 121 - the smallest number of first-line aircraft since the creation of the RAF 1 on April 1918. This number of aircraft will be able to complete no more than six squadrons (five on Typhoon, one on the F-35В). Although the UK has plans to buy the 138 F-35, few people believe that, even in the long run. Although the military numbers on the F-35 were issued a few years ago, it seems that there are only 66 of them, and today most analysts and experts are inclined to believe that no more than 48 F-35 will be purchased. That is, the total number of combat aircraft in the RAF will be 155. At the same time, the F-35B is unlikely to become fully operational earlier than the 2023 of the year, when the UK expects to declare it fully ready for operations from land-based airfields and sea platforms [aircraft carriers of the CVF type].

The author notes that five squadrons are the minimum for solving only the tasks of the air defense of Great Britain, the Falkland Islands, and the necessary minimum for conducting operations outside the country.

"Combat Aircraft" conducted an informal survey among the current and former Royal Air Force personnel, who showed that five squadrons are the bare minimum; it would be optimal to have eight squadrons.

According to the author, even the current Air Force fleet is facing difficulties in solving peacetime tasks and participating in local conflicts, and does not have a reserve for engaging in major military operations.

The author believes that there may be discussions about the need to decommission the Typhoon Tranche 1 fighter jets, which by that time will have worked out only a third of the assigned resource. Their preservation will allow to have six, or even seven squadrons.