An explosion thundered in Donetsk cafe

October 20 2015
34
In the Kalininsky district of Donetsk (DPR) an unknown person launched an explosive device. The explosion occurred in one of the local cafes. Reports incident press office Administration of Donetsk:

Today, October 20, in 16: 58, the police received a signal of an unidentified explosion at Kalininsky district, ul. Parkhomenko. Due to the explosion, three people were injured. At the scene working investigative team.

A representative of the administration asks citizens to remain calm and not panic, adding that witnesses to the incident in a conversation with law enforcement officers said that the explosion occurred after a quarrel that erupted on domestic soil between the people who were in the cafe.

RIA News, referring to representatives of the city administration, reports that one of the injured wounds died.

The news agency cites a report from a representative of the Donetsk law enforcement agencies, who states that he does not have data on the exact number of victims:

One of the cafe visitors threw an explosive device in the direction of the establishment, allegedly a grenade. Probably, he had a conflict with the administration of the institution. Accurate information about the victims and victims yet. 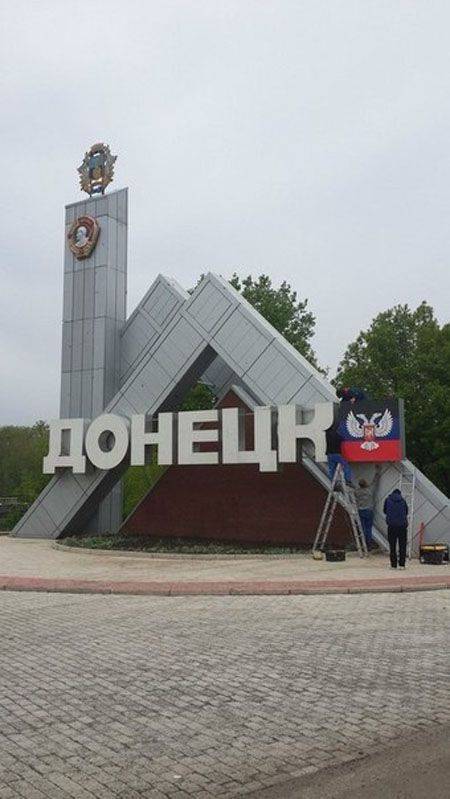 Ctrl Enter
Noticed a mistake Highlight text and press. Ctrl + Enter
We are
The action “Military service under the contract is your choice!” In Rostov-on-Don: future contract servicemen, exhibitions and “Russian Knights”Reports from the militia of New Russia for 4-5 of October 2014 of the year
34 comments
Information
Dear reader, to leave comments on the publication, you must to register.