"Admiral Gorshkov" will pass the final test in the White Sea

October 20 2015
36
The lead frigate of the 22350 project has entered the White Sea today to carry out the final stages of state tests of equipment and weapons, reports MIC With reference to the representative of the Federation Council Vadim Sergu. 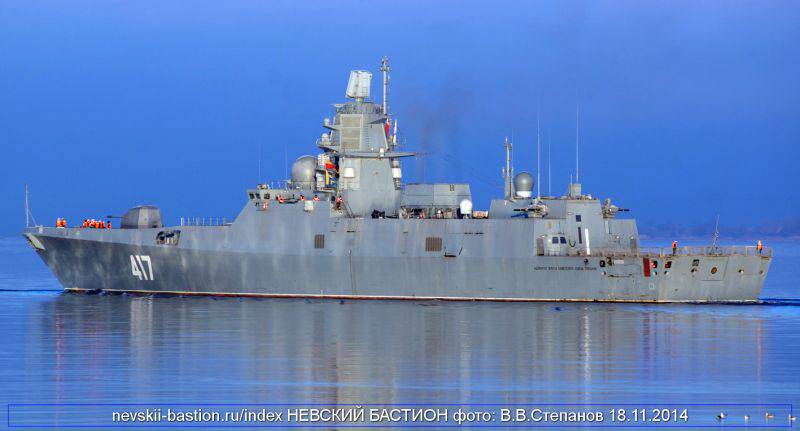 “On board the frigate Admiral Gorshkov, in addition to crew members, are industry representatives who oversee the progress of the tests. On September 30, the ship completed the inter-naval transition from Baltiysk to Severodvinsk and temporarily became part of the forces of the White Sea Naval Base of the North fleet. During the inter-naval transition, the navigation system, communications and radar systems were checked on the frigate, ”said Serga.

“According to the results of the final stages of state tests, a decision will be made to admit the ship to the fleet,” he noted.

The officer recalled that “the frigate passed sea trials in the Baltic, where he successfully conducted artillery and rocket firing and worked out the fight against submarines along with the sea aviation Baltic Fleet. "

Help "MIC": “Admiral Gorshkov” was laid at the start of 2006 of the year and launched in the fall of 2010. For the first time, a new ship was launched in November 2014. The 4,5 frigate with a displacement of thousands of tons can reach speeds up to 29 nodes, and is armed with 16 Onyx or Caliber missiles, as well as the Polimen Redut air defense system. ”

We are in Yandex Zen
"Admiral of the Fleet of the Soviet Union Pots" project 22350 - the transition from St. Petersburg to Kronstadt
On the nuclear submarine "Severodvinsk" raised the flag!
36 comments
Information
Dear reader, to leave comments on the publication, you must to register.