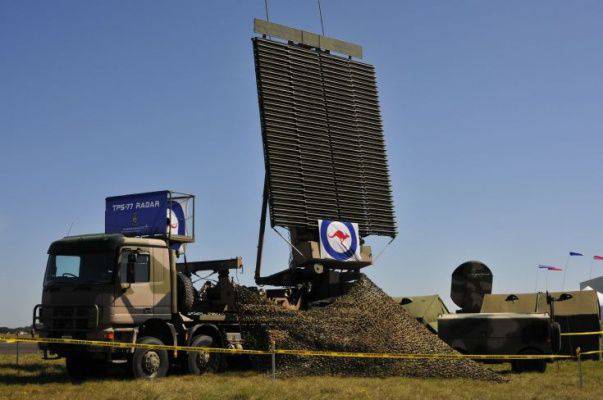 In October, the Latvian Ministry of Defense 2015 signed a contract with Lockheed Martin, a US corporation, for the supply of three AN / TPS-77 MRR (Multi-Role Radar) radar for detecting airborne targets to increase air monitoring capabilities.


Currently, the Latvian air force as part of the airspace control squadron already has two AN / TPS-77 radars, purchased under the 2007 contract worth 44 million dollars and deployed at radar posts in the Kala (Ventspils) and Lielvarde areas, as well as one radar station completely stationary version AN / FPS-117 at the radar station in the Audrini area (acquired back in 2003 year).

Knowing the amount of money laid out by Latvia on previously acquired radar, you understand why the amount of the current transaction remains a secret.

Lithuania is taking similar actions. By 2016, Vilnius intends to equip two new long-range radar towers. By 2018, three short-range radars will be commissioned in the country.

The reaction of the majority of residents of Latvia and Lithuania, who asked the question: "Why do we need a radar station?"

Anticipating this kind of indignation, Latvian Defense Minister Raimond Bergmanis tried to give at least some preventive-primitive justifiable comment.

“The acquisition of radars will make a great contribution to strengthening the combat capability and modernization of the National Armed Forces, allowing us to adequately respond to modern threats faced by the NATO countries,” said the head of the Latvian Defense Ministry.

In turn, the commander of the National Armed Forces, Raymond Graube, said that "early warning and understanding of the situation is a prerequisite for timely decisions and an effective response."

However, these statements of military leaders, judging by the reviews on the Internet, did not find support from the local population.

What timely decisions can be made if the 5 warning minutes to the time of “X” do not give anything? Responsiveness? So it will not follow, if it accomplishes what the military and political leadership of Latvia is afraid of.

Well, if the Baltic military wants to see the potential enemy’s missiles more clearly, then binoculars are the best way to monitor the airspace. After all, what perfect equipment do not buy, anyway, it is not possible to make anything to “violators”. But "cheap and angry," and, most importantly, safe, because the air-to-surface missile is very well guided along the beam of the locator, and there is nothing to protect this "land" ...

There are no aircraft of their own, only the German Eurofighter Typhoon fighters participating in the air defense mission are now flying with bombs, which, like their well-known “external fuel tanks”, can come off at any moment and fall on a populated area.

Yes, even the Balts do not have a nuclear submarine, an aircraft carrier and stealth aircraft. One way or another, the government would not forget to put all this on the list of urgent purchases.

The paradox is that even to provide NATO radars, electricity has to be bought at the Leningrad NPP!

It should be noted that the radar is necessary not only to detect air targets, but also to ensure their further destruction. And if there are no air defense weapons, then this is a banal rollback contract. In another way it can not be called. But the Baltic countries, it seems, have extra money, no problems in the social sphere and a complete lack of responsibility among officials who should watch not the air, but the ground space, in order to see the plight of their people.

Ctrl Enter
Noticed oshЫbku Highlight text and press. Ctrl + Enter
We are
List of destroyed the largest and most high-tech enterprisesMissed chapter "Strategy-2020"
47 comments
Information
Dear reader, to leave comments on the publication, you must to register.